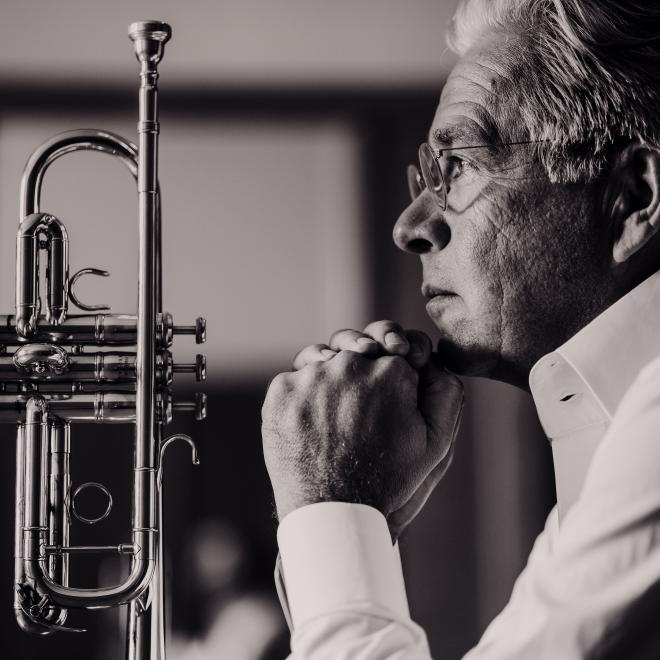 Håkan Hardenberger is one of the world’s leading soloists, consistently recognized for his phenomenal performances and tireless innovation. Alongside his performances of the classical repertory, he is also renowned as a pioneer of significant and virtuosic new trumpet works.

The works written for and championed by Hardenberger stand as key highlights in the repertory and include those by Sir Harrison Birtwistle, Brett Dean, Hans Werner Henze, Steven Mackey, Olga Neuwirth, Arvo Pärt, Toru Takemitsu, Mark-Anthony Turnage, Rolf Wallin and HK Gruber’s concerto Aerial, which has received its 70th performance with the Berliner Philharmoniker in 2015.

In summer 2018, Hardenberger returns to the Salzburg Festival with the Vienna Philharmonic and Andris Nelsons with B.A. Zimmermann’s trumpet concerto “Nobody knows the trouble I see”, celebrating his centenary. At the BBC Proms he performs Brandenburg concerto No. 2 attacca into Steven Mackey’s response to Bach’s original, with the Swedish Chamber Orchestra. Both concertos will be released on the BIS label later in the season. He returns to the Gewandhausorchester Leipzig, before embarking on a tour together to the Royal Festival Hall London, Malmö Live, Konserthuset Stockholm, Latvian National Opera and Konzerthaus Dortmund. In November he is giving his debut at Carnegie Hall with Boston Symphony Orchestra and Andris Nelsons, with HK Gruber’s “Aerial”. Spring 2019 sees the world premieres of Robin Holloway’s trumpet concerto with BBC Philharmonic and Tobias Brostroem’s concerto for two trumpets with Jeroen Berwaerts and Malmö Symphony Orchestra, both with John Storgårds. Hardenberger also returns to the Orchestre de Paris, Dresdner Philharmonie and Scottish Chamber Orchestra.

To add to his prolific discography, on the Philips, EMI, Deutsche Grammophon and BIS labels. Hardenberger anticipates the release of duo recording with Colin Currie, which features duos by composers such as Brett Dean and André Jolivet (LSO Live). The duo performs in London, Malmö, Aldeburgh, Wimbledon and Bergen. Together with Roland Pöntinen, he returns to Wigmore Hall and performs at Kunstfestspiele Hannover and in Detmold. As the Artistic Director of the Malmö Chamber Music Festival, he features the Academy of St Martin in the Fields, Xavier de Maistre as well as composers in residence Mark Anthony Turnage and Betsy Jolas.

Hardenberger was born in Malmö, Sweden. He began studying the trumpet at the age of eight with Bo Nilsson in Malmö and continued his studies at the Paris Conservatoire, with Pierre Thibaud, and in Los Angeles with Thomas Stevens. He is a professor at the Malmö Conservatoire.