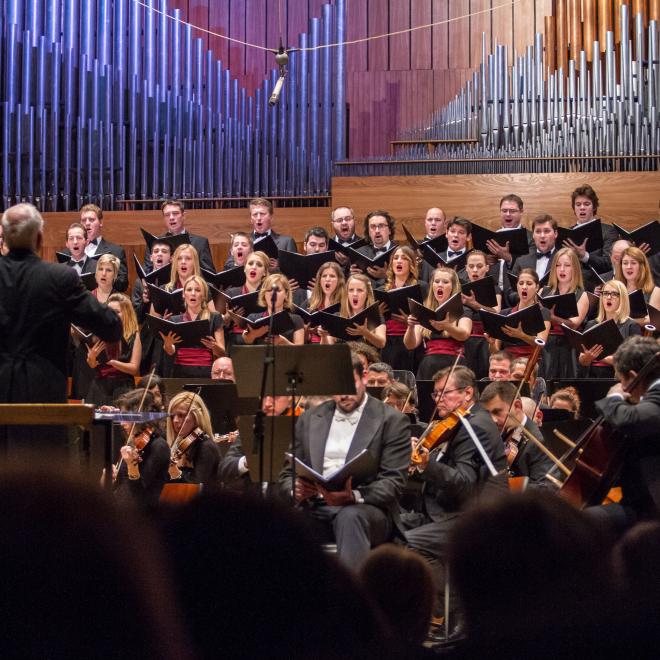 High musical achievements of Academic choir ˝Ivan Goran Kovačić˝ have been recognised and awarded with numerous prizes and acknowledgements, and a special emphasise should be given to the University of Zagreb Rector's Award, the City of Zagreb Award, and the ¨Vladimir Nazor˝ Award.

Luka Vukšić, a conductor, was born in 1976 in Zagreb. He graduated from conducting study programme at the Academy of Music in Zagreb in the class of maestro Igor Gjadrov. In April 1999 he was awarded the University of Zagreb Rector’s Award for his diploma thesis for which he worked with Zagreb Philharmonic Orchestra. During the year he was given ‘’Lovro and Lilly Matačić’’ fund scholarship.

Vukšić attended postgraduate programme at The Liszt Academy of Music in Budapest with Ervin Lukacs and Tamas Gal. He took part in numerous courses led by most prominent conductors such as Ronald Zollman and Yuri Simonov. Among awards he received it is important to mention Croatian Music Youth Award ‘’Ivo Vuljević’’ for best young musician in 2000, the year when he became the permanent conductor of Academic choir ''Ivan Goran Kovačić''. Since 2001 he regularly collaborates with Croatian Radiotelevision Choir.

As Academic choir ''Ivan Goran Kovačić'' conductor he conducted various Croatian and foreign compositions for choir with or without instrumental accompaniment, while as an artistic director he led the choir to perform some of the greatest pieces of music. In Bratislava in 2009 at ''Slovakia cantat'' competition the choir won the first prize.

Conducting orchestras and choirs he took part in numerous eminent performances which were often of charitable nature.

Biografija:
From the Festival Archive