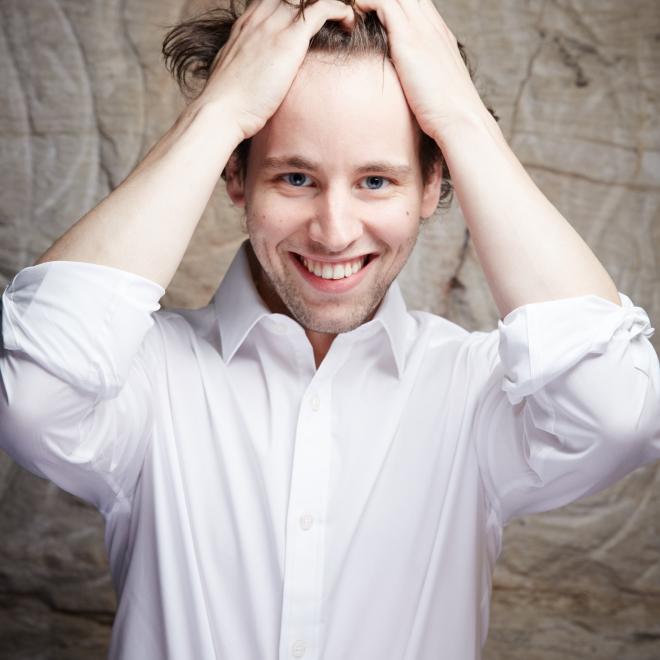 He has won all major awards for young musicians in Croatia, most notably the Best Young Musician of the Year Award awarded by the Zagreb Philharmonic Orchestra (2012) and the Ivo Vuljević Award (2010). He won the Ferdo Livadić International Competition of Young Musicians in Samobor (2013), the Darko Lukić Award (2015), the Vladimir Nazor Award in 2015 and the Milka Trnina Award in 2017. His first album Chopin Alive was released by CristoforiumArt in 2017.

He has appeared as a soloist at numerous prestigious festivals such as the Serate Musicali (Milan), Chopin and His Europe (Poland), Nohant (France), From Easter to Ascension (Tbilisi), Kiev Summer Music Evenings (Ukraine), Chopin Festival Marianske Lazne (Czech Republic), International Keyboard Institute Festival (New York), Saturday at Lisinski (Croatia), Dubrovnik Summer Festival (Croatia), Split Summer Festival (Croatia), Osor Musical Evenings (Croatia) and others. He made his debut in London in 2007 and at the Carnegie Hall in New York in February 2015. He performed a number of solo concerts on a tour in China in 2018, while his schedule for the season 2018/2019 also includes recitals at the Musikverein in Vienna, the Gasteig in Munich, in Hannover, Weimar, at the Salle Cortot in Paris, in Strasbourg, at the Vatroslav Lisinski Main Hall in Zagreb as well as a tour of China, a tour of Japan with the Brno Symphony Orchestra and many other performances.

Aljoša Jurinić's discographic debut Chopin Alive with music by F. Chopin was released by CristoforiumArt in 2017.

He obtained the highest graduate degree in a concert performance at the Hochschule für Musik Franz Liszt in Weimar under Professor Grigory Gruzman. He graduated from the Zagreb Academy of Music under Professor Ruben Dalibaltayan. He studied at the University of Music and Performing Arts in Vienna under late Professor Noel Flores for two years and the following three years at the Scuola di Musica di Fiesole in Italy under renowned Professor Eliso Virsaladze.

In 2019, Aljoša Jurinić received the medal of the Order of Danica Hrvatska bearing the effigy of Marko Marulić. That same year, his performance with cellist Luka Šulić at the 70 th Dubrovnik Summer Festival won the Orlando Award for the most valuable artistic achievement in the Festival’s music programme.