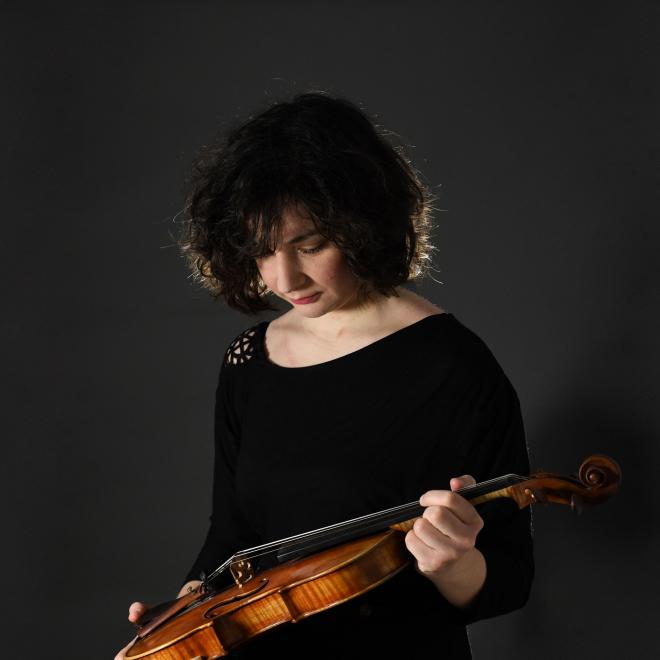 Đana Kahriman was born in Dubrovnik in 1989. Her musical education began at the Luka Sorkočević Art School in Dubrovnik under Ivančica Kalanj. In 2011 she graduated from the Zagreb Academy of Music under Leonid Sorokow.

In the course of her education, she won numerous awards in national and international competitions.

As a chamber musician, she is a member of the Music Trek (Glazbene staze) Pierrot Ensemble and the Dubrovnik Symphony Orchestra String Quartet.

She is a laureate of Stjepan Šulek and Ivo Dražinić awards.

She is a member of the Zagreb Soloists since 2011 and the concertmaster of the Dubrovnik Symphony Orchestra since 2015.