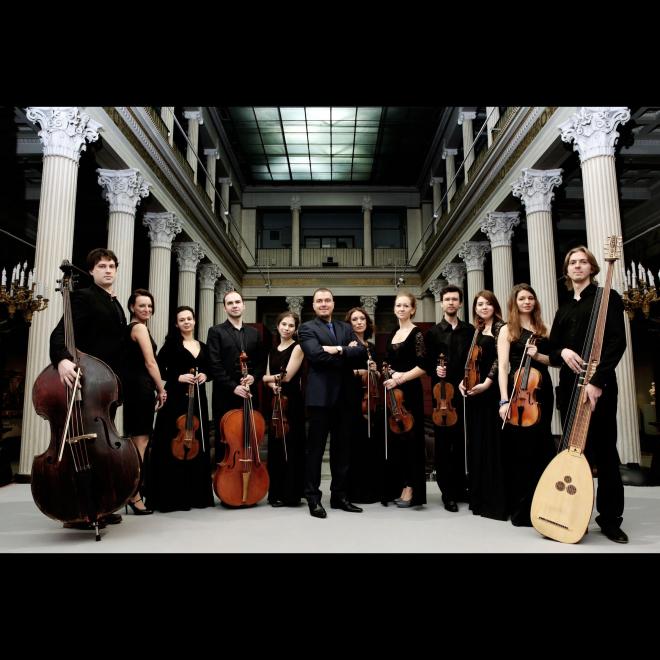 In 2011 Dmitry Sinkovsky founded in Moscow the ensemble on period instruments La Voce Strumentale, gathering together musicians winners of international competitions. After years of working together, the musicians created a unique language based on historical temperaments, boundless energy, and impeccable technique, establishing a reputation for possessing a colorful, sharp and charismatic sound.

In Fall 2019 La Voce Strumentale presented at the Moscow Zaryadye Hall Händel’s oratorio Il trionfo del Tempo e del Disinganno, featuring Julia Lezhneva in the role of Piacere, followed by appereances at the BEMUS Festival in Belgrade and at the Festival Eurasia in Ekaterinburg.

Further plans were stopped by the coronavirus pandemic, and the ensemble returned on the stage of the Zaryadye Hall in November 2020. In 2021 La Voce Strumentale will be guest of a.o. the Berliner Philharmonie, the Dubrovnik and Sion Festival, and the Thüringer Bachwochen, while the debut at the Internationale Magdeburger Telemann-Festtage has been postponed in 2022.

The ensemble released two CD’s under the French label naïve: Vivaldi's Four Seasons (2015) and Bach in Black (2017). Future releases include Songs & Poems, with contemporary music for period instruments composed by Sergey Akhunov under the label Glossa.