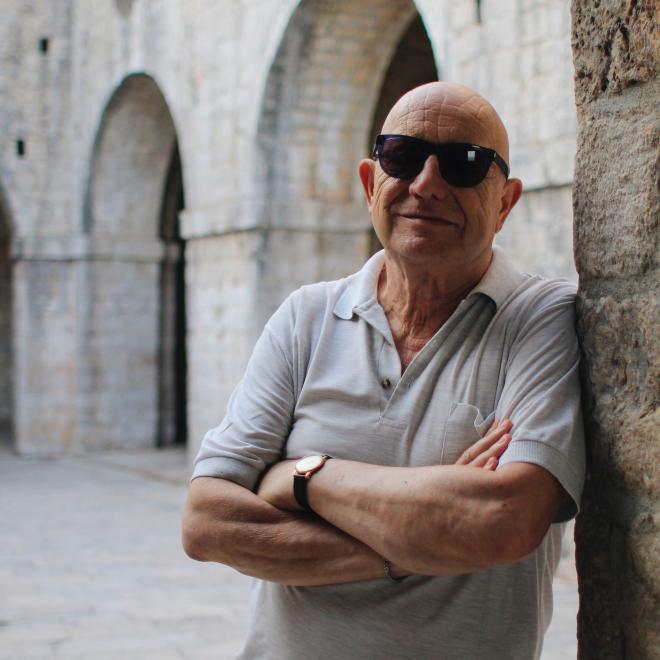 Paolo Magelli was born in Prato, the very heart of Tuscany, where as a young director he collaborated with Giorgio Strehler at the Tetro Metastasio and founded the Teatro Studio within the same theatre in the late 1960s, the members of which were Roberto Benigni, Pamela Villoresi, Saverio Marconi, Francesco Nuti, Marcello Bartoli and many other well-known actors and directors. When he was offered state scholarship outside Italy, he chose Romania because he found the Romanian director’s theatre of the period the most interesting. He directed two plays in Bucharest which brought him an invitation to Jean-Louis Barrault’s Festival Théâtre des Nations in Paris. He moved to Belgrade in 1974 and collaborated with all major theatres in former Yugoslavia. The first play he directed at the Belgrade Drama Theatre, Luigi Pirandello’s Tonight We Improvise, was a huge success which brought him the award of the MES International Theatre Festival in Sarajevo.

Paolo Magelli made his first appearance in Croatia in 1974 with the Belgrade National Theatre’s guest performance of Machiavelli’s Mandragola at the Dubrovnik Summer Festival. In 1985 he moved to Zagreb, where he became the artistic director of the Zagreb Youth Theatre. Since then he has directed numerous plays in Croatian and Zagreb theatres, many of which entered anthologies; Crazy Days based on Beaumarchais and von Horváth, D. Jovanović’s Viktor or Youth Day, E. de Filippo’s Grand Magic, O. von Horváth’s Faith, Hope and Charity, A. P. Chekhov’s The Cherry Orchard, I. S. Turgenev’s A Month in the Country, Ah, Nora, Nora based on H. Ibsen and E. Jelinek, B. Srbljanović’s Barbelo, on Dogs and Children at the City Drama Theatre Gavella, Nation based on C. Sternheim, A. P. Chekhov’s Three Sisters and Uncle Vanya, M. Krleža’s Kraljevo, The Zagreb Petragram by a group of authors at the Zagreb Youth Theatre, C. Goldoni’s The Impresario from Smyrna, M. Gorky’s At the Bottom at the Croatian National Theatre Zagreb, N. R. Erdman’s The Mandate, N. V. Gogol’s The Government Inspector at the Kerempuh Satirical Theatre. He achieved great success with his interpretations of Euripides’s Phoenician Women, Electra and Helen, the comedy Buzdo by an anonymous 18th century author from Makarska and F. Šovagović’s contemporary texts The Brick and Little Birds at the Croatian National Theatre Split and the Split Summer Festival, as well as Marin Držić’s comedies Uncle Maroje and Grižula at the Dubrovnik Summer Festival. From 1989 to 1996 he was a regular associate of the Wuppertaler Bühnen theatre in the period when its drama ensemble and Pina Bausch’s company worked together. Since 2000 he has collaborated with the Palestinian National Theatre Ramallah and Israeli theatres in Tel Aviv, Acre and Haifa. He lived and worked in Vienna for a period of time and was subsequently engaged at the Staatsschauspiel Dresden from 2003. Since 2010 he spends most of his time in his native Prato, where he was the artistic director of the Teatro Metastasio Stabile della Toscana until 2016. He has also often worked in the neighbouring Slovenia, where he has directed very successful plays such as H. Müller’s Philoctetes, Aeschylus’s Oresteia, Moliére’s Don Juan, G. Büchner’s Woyzeck, U. Betti’s Crime on Goat Island, C. Goldoni’s The Mistress of the Inn and others, and was the winner of the Maribor Theatre Festival Award. He has won prestigious national and international theatre awards and accolades, including the MES International Theatre Festival’s Golden Laurel Wreath Award for Contribution to Theatre as the festival’s most award-winning artist, several Sterija Awards, the Croatian Actor Award, the Montenegro Theatre Award, Vjesnik newspaper’s Dubravko Dujšin Award and many others. He has regularly directed all over the world and staged over 170 plays in Germany, Italy, Hungary, Venezuela, Mexico, Switzerland, Colombia, Belgium, Macedonia, Slovenia, Serbia, Montenegro, Israel, Palestine, Romania, India etc.