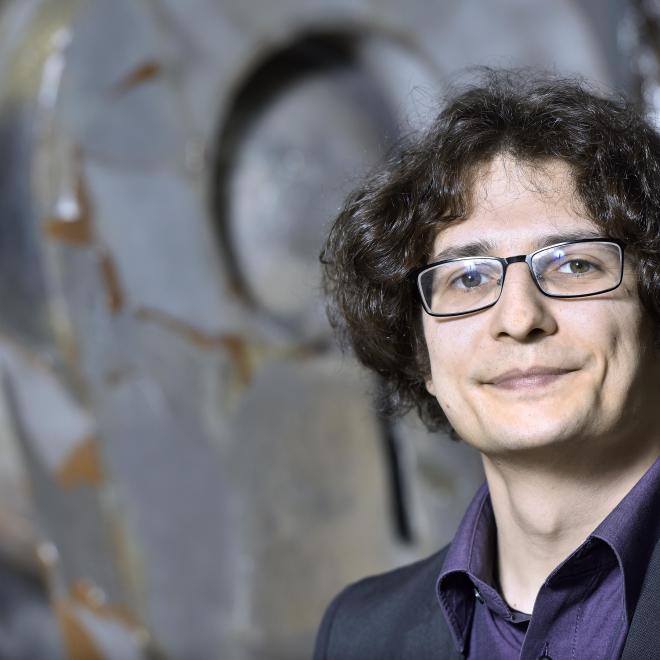 Andreas Marinello (Bolzano, Italy, 1983) studied jazz saxophone and jazz composition at the University of Music and Performing Arts in Graz and the Music Academy in Köln, and he studied classical saxophone at the University of Music and Performing Arts in Vienna. In 2011 he acquired the title of Master of Arts in Graz. He attended workshops held by Miguel Zenon, Donny McCaslin, Dick Oatts, Rosario Giuliani, Dave Liebman, Maurizio Giammarco, Bob Mintzer, Bob Brookmeyer and others. He performed in numerous concerts and recorded four CDs with the HGM Jazz Orchestra Zagreb, where he was the lead alto saxophonist from 2005. From 2013 he was a saxophonist in the Croatian Radio and Television Jazz Orchestra and he has been the Chief Conductor of the orchestra since the season 2015/2016. The orchestra has significantly increased its concert and recording activities since then; besides a series of very successful concerts in Croatia and abroad with top international musicians and Croatian musicians from similar genres, the CD Chui ovu glazbu, recorded in collaboration with the band Chui, won Porin Awards for Best Jazz Album and Best Jazz Performance, while the album Stavi pravu stvar, recorded in collaboration with Marko Tolja, was also nominated in the category of Jazz Album of the Year.

He also works as a composer, arranger, and producer, collaborating with numerous bands in Croatia and abroad; his compositions and arrangements have been performed in Croatia, Italy, Austria, Germany, Jordan, and Cyprus.