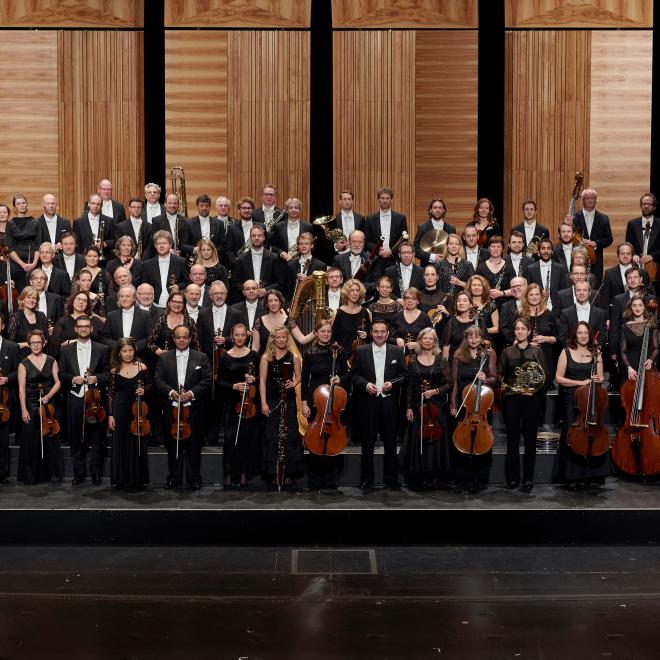 The history of the orchestra goes back to the year 1636: In the middle of the Thirty Years’ War, Duke George of Calenberg founded a court orchestra that initially solely played at concerts. Heinrich Schütz, Agostino Steffani und George Fredric Handel numbered among the orchestra’s first Music Directors, Jean Baptiste Farinelli among the leading Concertmasters of this founding era. It was not until the 19th Century that the orchestra became involved in opera performances. Wilhelm Sutor, Heinrich Marschner, Bernhard Scholz and Hans von Bülow were prominent Music Directors, Christoph Kiesewetter and Joseph Joachim distinguished Concertmasters of this period.

In the first half of the 20th Century, Rudolf Krasselt (1924-1943) and Franz Konwitschny (1945-49) were among the eminent General Music Directors. Concerts were conducted by great musicians such as Wilhelm Furtwängler, Otto Klemperer, Hans Knappertsbusch and Ferenc Fricsay and great composers such as Franz Schreker, Igor Stravinsky, Hans Pfitzner and Paul Hindemith performed their own works.

In addition to accompanying performances of an opera repertoire that varies from day to day, the orchestra prepares seven symphony concerts as well as several special concerts and concerts for children and youths. It also offers a season of eight concerts matinees of chamber music performed by its members.

Guest appearances at festivals such as Wiener Festwochen, Edinburgh International Festival and at Brucknerhaus Linz as well as regular live broadcasts of the opera company’s opening nights are valued additions to the orchestra’s activities. In the season 2010/11 the ensemble celebrated its 375th anniversary with the commission of several orchestral works and a CD recording.