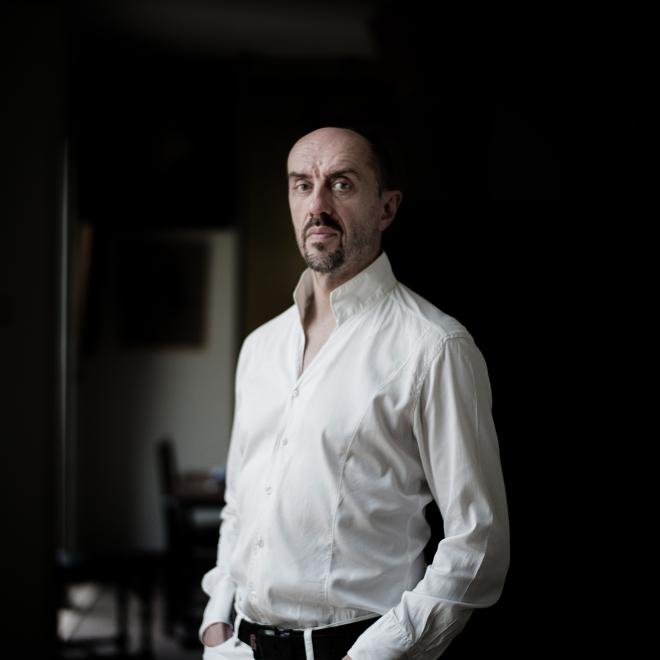 Hervé Niquet pursued his musical studies with Marie-Cécile Morin, a former pupil of Marguerite Long and Maurice Ravel who was friend of Samson François. Due to this artistic imprint searching for the original intentions of the composer his painstaking musical activity developed complying strictly the original manuscript of the musical works.

Following his widespread education as a harpsichordist, organist, pianist, singer, composer, choir-master and conductor, Hervé Niquet collected essential experience as a vocal-coach at the Opéra National in Paris. Especially when working with choreographers like Rudolf Nureyev and Serge Lifar he evolved into an expert of musical sources off the beaten track of traditional interpretations.

In 1987 he founded Le Concert Spirituel intending to revive the great French motet. Le Concert Spirituel has meanwhile won recognition in the international music-world as one of the leading ensembles performing baroque music and focussing its repertory on different styles and genres from sacred music to symphony and opera. The ensemble thus also discovered and revived totally unknown works by French, English and Italian composers of that period.

Hervé Niquet meanwhile also conducts main international orchestras with the same wholeheartedness when playing the 19th and early 20th century repertory. He is convinced that French music remained unique throughout the centuries. As a musical pioneer Hervé joined the formation of the Palazzetto Bru Zane – Centre de musique romantique française in Venice 2009, a foundation he meanwhile managed to realise numerous projects with.

With passionate enthusiasm for opera Hervé Niquet frequently conducts stage-productions, either with Le Concert Spirituel or as a guest-conductor. He has worked with stage-directors of most diverse styles such as Mariame Clément, Georges Lavaudant, Gilles and Corinne Benizio (alias Shirley and Dino), Joachim Schlömer, Christoph Marthaler or Romeo Castellucci (Gluck’s Orfeo ed Euridice 2014 at the Théâtre royal de La Monnaie in Brussels) and Christian Schiaretti (Rameau’s Castor et Pollux at the Théâtre des Champs-Elysées in Paris).

Hervé Niquet is musical director of the Vlaams Radio Choir and first guest-conductor of the Brussels Philharmonic Orchestra. Under his baton both ensembles are intensely involved in a CD-project in co-operation with Palazzetto Bru Zane focussing on the recording of cantatas from the Prix de Rome. So far works by Claude Debussy, Camille Saint-Saëns, Gustave Charpentier, Max d’Ollone, Paul Dukas and Charles Gounod have been published as well as opera rarities by Victorin Joncières, Félicien David (Echo Klassik 2016), Fromental Halévy and recently the Tribut de Zamora by Charles Gounod. Hervé Niquet and Véronique Gens have received numerous awards in France and abroad with the record Visions (Alpha Classics).

Furthermore his personal commitment concerning next generation educative initiatives in music (Académie d’Ambronay, Jeune Orchestre de l'Abbaye aux Dames, Schola Cantorum, CNSMD de Lyon, McGill University in Montreal) as well as master-classes and lectures are of greatest importance for him. It is an essential part of his professional engagement to spread and to forward the results of his research and interpretation, the most updated discoveries of musicology and both reality and demands of a musician’s life.