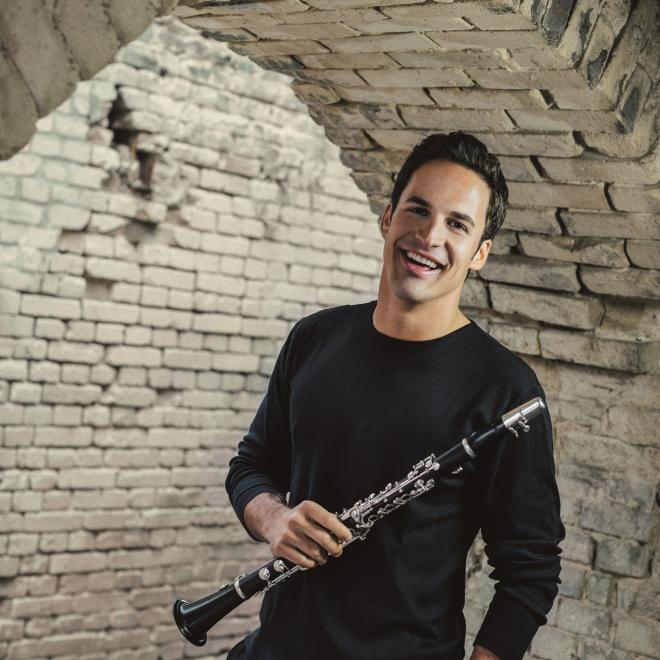 The Austrian clarinettist Andreas Ottensamer has captured audiences and critics alike with the singular beauty of tone that he coaxes from the instrument.

He is also artistic director of the " Bürgenstock Festival" in Switzerland, together with pianist José Gallardo, and the “Artström Festival” in Berlin.

In February 2013 Andreas Ottensamer entered an exclusive recording partnership with Deutsche Grammophon, making him the first ever solo clarinettist to sign an exclusive agreement with the Yellow Label. For his second album, “Brahms - The Hungarian Connection”, Ottensamer was awarded the ECHO KLASSIK as "Instrumentalist of the year 2015".

For his latest album “New Era” he collaborated with his colleagues Emmanuel Pahud and Albrecht Mayer together with the Kammerakademie Potsdam to record repertoire of the Mannheim school.

For the 2017/18 season, Ottensamer holds the title “Artist in Residence” with the Bournemouth Symphony Orchestra and the Kammerakademie Potsdam, as well as being “Menuhin Heritage Artist” with the Gstaad Menuhin Festival and “Junger Wilder” at the Konzerthaus Dortmund.

Andreas Ottensamer was born in 1989 in Vienna. He comes from an Austro-Hungarian family of musicians and was drawn to music early, receiving his first piano lessons when he was four. At the age of ten he began studying cello at the University of Music and Performing Arts Vienna, then switched to the clarinet in 2003.

In 2009 he interrupted his Harvard undergraduate studies to become a scholar of the Orchestra Academy of the Berliner Philharmoniker.

Since March 2011 Ottensamer is principal clarinettist with the Berliner Philharmoniker.