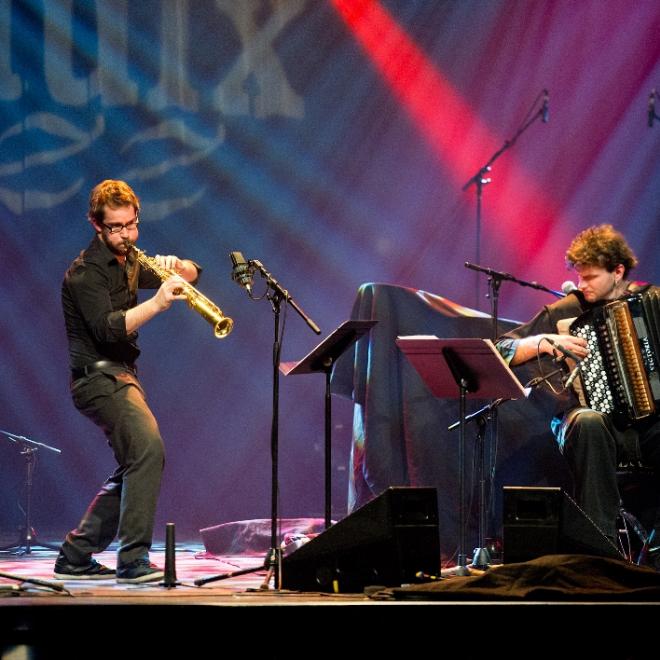 Saxophonist Emile Parisien enrolled in Marciac College in 1993, where he studied with experienced musicians such as Pierre Boussaguet, Guy Laffitte, and Tonton Salut. Over these years, he had the opportunity to work with such leading figures of jazz as Wynton Marsalis, Chris Mc Bride, Johnny Griffin or Bobby Hutcherson, and to play with them at the Marciac Jazz Festival.

From 1996 on, he continued his education at the Conservatoire de Toulouse where he studied classical and contemporary music with Philippe Lecoq. In 2000, Emile Parisien moved to Paris. Since then, he has played in France and abroad with musicians such as: Daniel Humair, Michel Portal, Jean-Paul Celea, Jacky Terrasson, Claude Tchamitchian, Yaron Herman, Gueorgui Kornazov, Rémi Vignolo, Manu Codjia, Hervé Sellin, Charlier/Sourisse and Christophe Wallemme.

In 2004, he took part in the creation of the show HIP 11, which mixes jazz and hip-hop dances. The same year, he founded the group Emile Parisien Quartet with Julien Touery (piano), Sylvain Darrifourcq (drums) and Ivan Gélugne (double bass). Inspired by composers of the 20th century, such as John Coltrane, Wayne Shorter, or Ornette Coleman, this quartet adds a kind of expressionist character to its music, where improvisation is the guiding principle.