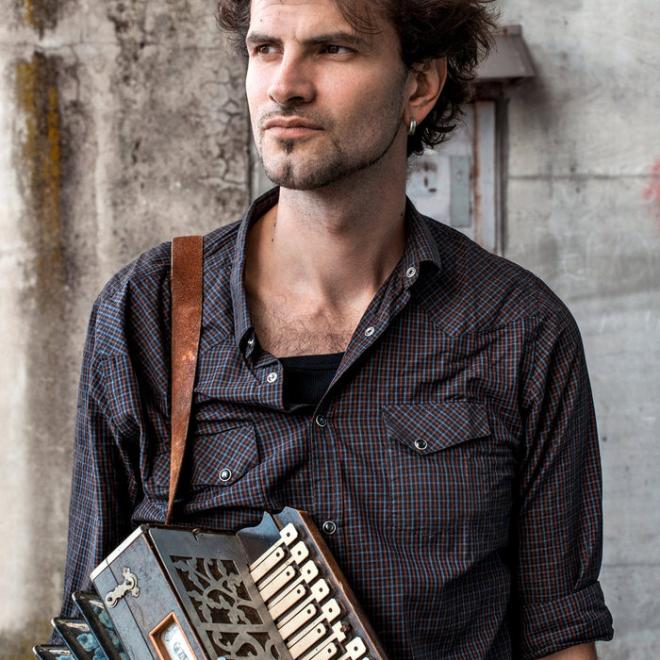 "What this Nice-born Parisian coaxes out of the piano accordion is something the likes of which has never been heard before. You can tell it is a future legend who is playing here!"
– Süddeutsche Zeitung

He performed at festivals all over Europe: Bayreuth, Salzburg, Vienna, Rome, Stockholm, Trossingen…

In 1996, he was awarded First Prize for classical accordion with honours at the CNSM in Paris. In 1998, he becomes more devoted to jazz. He enrolled in the department of jazz and improvised music at the Conservatoire National Supérieur de Musique de Paris.  In June 2004, he won First Prize with honours and cooperated with musicians such as Daniel Humair, Riccardo Del Fra, Der Pallemers, Glenn Ferris, Hervé Sellin, Francois Théberge and Patrick Moutal.

From 2010, he has played with the new quartet of Daniel Humair with Emile Parisien and Jérome Regard. He won the Django Reinhardt Prize as Best French Musician of the Year in 2013. Peirani also won the Victoires du Jazz Awardin June 2014 as Discovery of the Year.