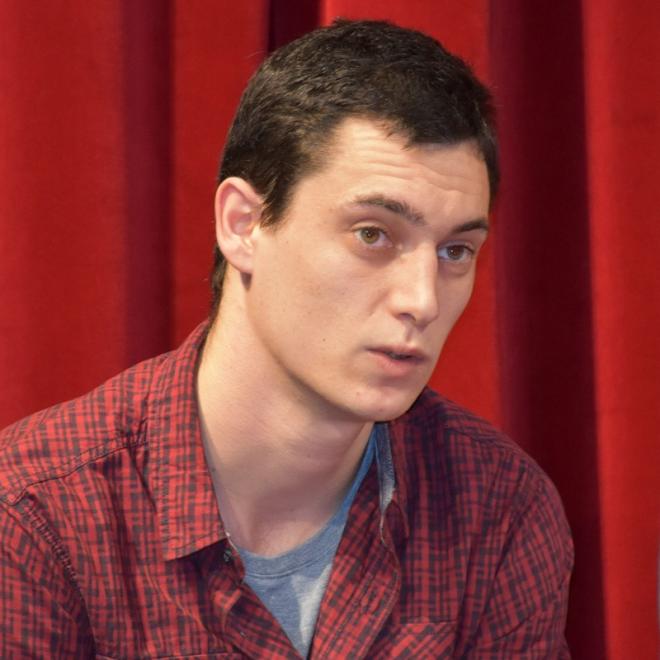 Ivan Penović obtained a degree in Dramaturgy from the Zagreb Academy of Dramatic Art. Since 2012, he has worked as dramaturge on the productions of the Croatian National Theatre Ivan Zajc in Rijeka, Croatian National Theatre Varaždin, Zagreb Youth Theatre, Dubrovnik Summer Festival and Theatre &TD. Since 2014, he has directed plays based on his own works, the most successful being  All Faces of Kim Jong-un (A Theatre), Affending the Oudience 148 (Ganz New Festival/Theatre &TD) and Flex (KunstTeatar/Art Organisation Punctum). His play The Catalan (Ruper/Theatre &TD) won the Outstanding Achievement Award at the Days of Satire and it was performed at numerous regional festivals. His play Flex won the Croatian Actor Award for Outstanding Contribution to Theatre in 2019. Since 2019, he has served as the artistic director of the KUFER Theatre Company.