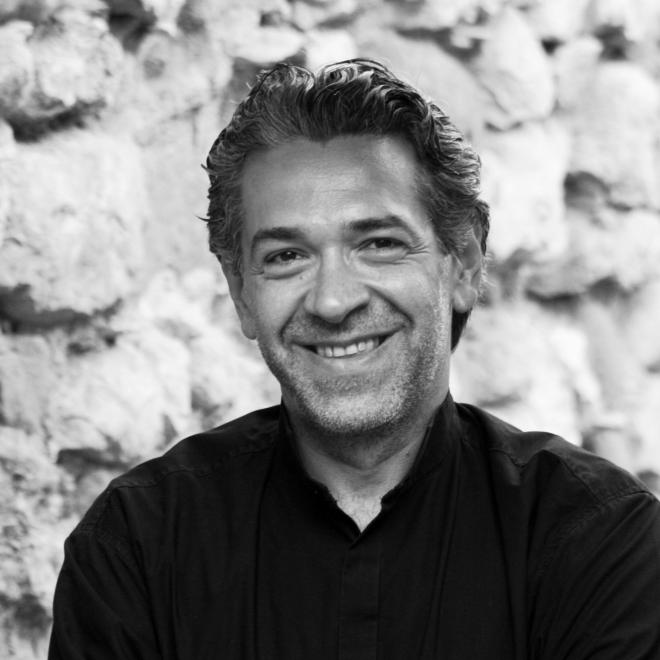 Lovro Pogorelich (1970) received his first piano lesson from his father Ivan, a classically trained musician. At the age of twelve he began studying with the Russian pianist and pedagogue Konstantin Bogino. Having turned seventeen, he performed concerts worldwide. Solo or with an orchestra, he achieved pianistic creations of convincing strength and undeniable individuality, about which the following is written:

Here is a unique artist who will, undoable, divide opinions. Questionable for some. Fascinating for the others. Interesting, in any case... - A. Busser, Nice-Matin, 1992

A Piano Talent from the Master Category. (...) He is genuine in his playing without unnecessary embellishment, not trying to mislead anyone, doing everything to enter the soul of every tone and to inhale it the full value. There are no superficiality or easy solutions in his performing; everything is presented clearly and strongly... - P. Woetmann, Berlingske Tidende, Copenhagen, 1993

It seems that Pogorelich persistently plays uphill. (...) It is an unusual and moving experience to meet such a great musician... - J. Jacoby, Politiken, Copenhagen, 2000

Croatian Piano Lion. (...) Pogorelich is a pianist with the capital P. His technique is overwhelming and his strength is bear-like. (...) In "Pictures at an Exhibition" his contrasts are so plastic and powerful that we can almost touch children in Tuileries, feel Bydlo's attack, experience the orgy of colours at the Market-place at Limoges, hear rumble in Catacombs, and enlarge and empower the Great Gate of Kiev more than heard ever before. Did anybody miss Ravel's orchestration? No, Lovro Pogorelich's interpretation is sufficient. Prokofiev (The 7th Sonata) remains faithful to himself in all three movements. (...) In the third one he dominantly mastered restless tempo, vigorously but with strong feeling, leaving everybody breathless while playing. That was overwhelming! - H. Krarup, Dagblader, Denmark, 2003

Pianist Lovro Pogorelich has discovered how to invest the brooding inevitability of Slavic music with the blustery style of his own. (...) Already a veteran concert artist, Pogorelich played an all-Slavic program for an overflow audience... - C. Porter, Washington Post, 2003

It is clear that this is a pianist of a considerable reputation with impressive musical arguments. - J. Hamada, The Record Geijutsu Disc Review, Japan, 2006

In this manly perspective, the Sonata in H minor appears more credible than the most recent affectation from Far East. Also, the Obermann Valley does not wallow in the sublime, so that powerful things are expressed in a dark manner... - O. Bellamy, Le monde de la musique, Paris, 2006

In 'Pictures at an Exhibition' Lovro Pogorelich's intention is less to grasp his audience than to guide them. Isn't this absence of violence closer to the spirit of the piece? Without a doubt, his expression well paused and measured, his vivacious harmonic intelligence ('Catacomb'), his manner of touching the keys and his sound inclined towards intimacy ('The old castle') captivate. Not forced, but richly coloured, his performance succeeds, almost without noticing it, to evoke the orchestra. Nice work. - F. Langlois, Le monde de la musique, 2009

Lovro Pogorelich does not need to show and/or prove himself in Croatia or abroad: this ingenious and outstanding artist possesses an enviable inner fullness rendered by mature years, which is in a blissful harmony with a superior technical mastery. His biography, as well as his technical mastery, does not need to be described – it is implicit. His position on our increasingly expanding artistic horizon cannot be threatened by any new, sparkling talent. It can be assumed that he is one of the reference points of modern Croatian pianism. It is a pleasure to listen to such an artist, regardless of his choice of repertoire: Brahms, Liszt, Chopin or, as in this concert, Russian composers. - H. Novak Penga, KLASIKA hr, Croatia, 2017

The main part of the concert, however, were Liszt's Transcendental Etudes. (…) There is no doubt that such works require a pianist of colossal piano technique and the ability to connect it all. Pogorelić was in complete control of that. And while we enjoyed such a rare opportunity to gain a unique introduction to one of the most famous works of piano literature, the term "piano lion" could not escape our minds. This was by no means strange because the "piano lion" is described in dictionaries as "a virtuoso, a pianist who plays fiercely. - C. Røllum-Larsen, Roskilde Avis, Denmark, 2021.

He is the founder and Art Director of the PagArtFestival.