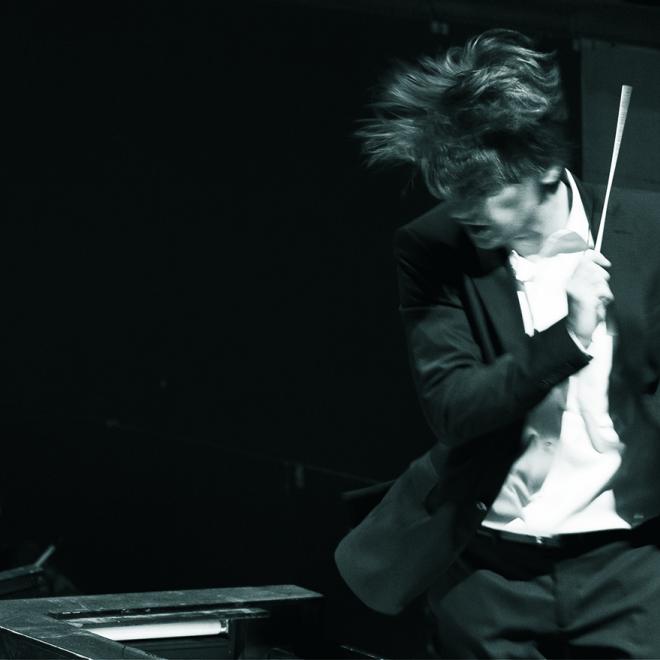 At the age of 35, Daniele Rustioni is one of the most compelling conductors of his generation in both the symphonic and the operatic spheres.

Maestro Rustioni inaugurated his tenure as Principal Conductor of the Opéra National de Lyon with a new and innovative staging of Britten’s War Requiem by Yoshi Oida in October 2017. In March and April 2018 he was leading productions of Verdi’s Macbeth, directed by Ivo van Hove; the five-act version of Verdi’s Don Carlos; and a concert performance of Verdi’s Attila as part of Opéra National de Lyon’s Verdi Festival.

In December 2017, Maestro Rustioni returned to the Opernhaus Zürich with a new production of Puccini’s Madama Butterfly. Other operatic engagements in the 2017 – 2018 season see Maestro Rustioni conducting for the first time Der Freischütz in Stuttgart, leading a new production of La bohème at the Bolshoi and returning to the Teatro Regio Torino to conduct Don Giovanni.

Maestro Rustioni has been engaged by many of the major international opera houses including Bayerische Staatsoper, Teatro alla Scala, Teatro Regio Torino, Teatro La Fenice, Royal Opera House London and Opéra Bastille. In April 2017 he made his critically acclaimed debut at the Metropolitan Opera, which immediately invited him for future engagements.

Alongside his celebrated career as an opera conductor, Maestro Rustioni is in-demand worldwide as a versatile conductor of symphonic repertoire. Maestro Rustioni’s international orchestral engagements this season include his debut with the RTE Symphony Orchestra in Dublin in January 2018 and performances with the Staatsorchester Stuttgart and the Bayerische Staatsorchester in April 2018. He continues his work with the Orchestra della Toscana in a 5-city tour throughout the Tuscan region and beyond in May 2018. Also that month Maestro Rustioni returns to the Barbican Centre to conduct the BBC Symphony Orchestra in a program of Ravel, Respighi, Federico Ghedini and Mohammed Fairouz.

Maestro Rustioni already boasts an extensive and varied discography. Recently, he conducted a critically lauded recording of Bellini’s first opera Adelson e Salvini for Opera Rara with the BBC Symphony Orchestra, released in 2017. A multi-year three recording project with Sony Classical dedicated to the works of the 20th-century Italian symphonic and opera composers was inaugurated with the recent release of works by Federico Ghedini. The next two recordings will feature composers such as Petrassi and Casella. Rustioni’s most recent project is the first recording of Wolf-Ferrari’s Violin Concerto on Deutsche Grammophon with Francesca Dego and the City of Birmingham Symphony Orchestra.

In 2013 Daniele Rustioni received the International Opera Award for Best Newcomer of the Year.