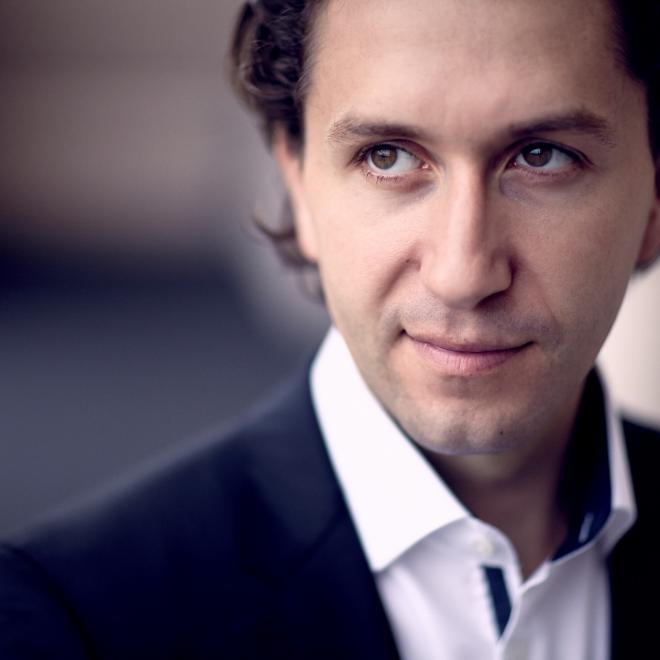 Krešimir Stražanac studied in Stuttgart under Dunja Vejzović and Cornelis Witthoefft and honed his skills at masterclasses held by the legendary soprano Elisabeth Schwarzkopf, the renowned baritone Thomas Hampson and Jane Thorner Mengedoht. During his studies, he was the winner of several international opera and lieder competitions. After obtaining his degree, he was engaged as a soloist at the Zurich Opera, where he sang the roles of Baron Tuzenbach (Péter Eötvös: Three Sisters), Ping (Puccini: Turandot), the Harlequin (Strauss: Ariadne auf Naxos) and others, under the baton of some of the most distinguished conductors such as Bernard Haitink, Nello Santi, Placido Domingo, Massimo Zanetti, Franz Welser-Möst, Vladimir Fedoseyev and Peter Schneider. In March 2017 he made his debut at the Bavarian State Opera in Munich as Pietro Fléville (a new production of Giordano’s opera Andrea Chénier conducted by Omer Meir Wellber), a role he will repeat in 2019. In 2018 he made his debut as Baron Tuzenbach (Three Sisters) at the Frankfurt Opera (conducted by Dennis Russel Davies). As a concert soloist, Stražanac has performed all over Europe and Asia with ensembles such as the WDR Symphony Orchestra, the Bavarian Radio Symphony Orchestra, the Royal Concertgebouw Orchestra, the Royal Flemish Philharmonic Orchestra, the Tokyo Symphony Orchestra, the Singapore Symphony Orchestra, the Orchestre des Champs-Elysées, the Bamberg Symphony Orchestra, the Akademie für alte Musik Berlin, the Gewandhaus Orchestra, the Concerto Köln ensemble, the Collegium 1704 orchestra and the Frankfurt Radio Symphony Orchestra, on stages such as the Berliner Philharmonie, the Kölner Philharmonie, the Tonhalle Zürich, the Queen Elisabeth Hall Antwerp, the Konzerthaus Berlin, the Suntory Hall Tokyo, the Muza Kawasaki Symphony Hall Tokyo and the Victoria Hall Singapore. Last season he made his debut with the Royal Concertgebouw Orchestra Amsterdam and the Staatskapelle Dresden, as well as at the Salzburg Festival as Herod in Stradella’s San Giovanni Battista and in Beethoven’s Symphony No. 9 on tour in China (conducted by Jukka Pekka Saraste).
His oratorio recordings include Bach’s St John Passion (BR Klassik), Bach’s St Matthew Passion (Accentus) and a CD with the works of Felix Mendelssohn (BR Klassik). His opera recordings include Beethoven’s Fidelio (BBC Opus Arte), Carmen (DECCA) and Wagner’s Die Meistersinger von Nürnberg (Quattro Live).

He participated in the recording of seven CDs which are to be released this season: Bach’s St John Passion with the Staatskapelle Dresden, Handel’s Messiah with the renowned Prague-based Baroque ensemble Collegium 1704, a live CD recording of the opera Three Sisters by Peter Eötvös from the Frankfurt Opera, Brahms’s Requiem with the ChorWerk Ruhr, a CD recording of the music of the Croatian seicento (conducted by Tomislav Fačini), his first solo CD with a selection of lieder and a CD with solo songs by Vatroslav Lisinski produced by the Croatian Radio and Television.