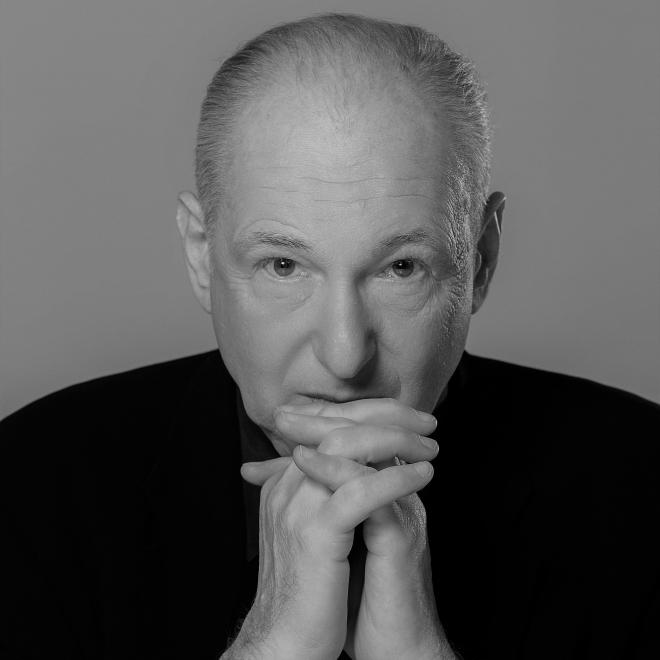 János Szikora is a highly influential person in the contemporary Hungarian theatre art and one of the most outstanding directors of his generation. His artistic oeuvre in the theatrical world has extended over three decades and is characterized by performances created with unique vision, breakthrough visualisation and in-depth analysis. He considers himself an artist who strives for “intellectual and sensual synthesis”. This ars poetica is reflected in his major works, such as A la recherce du temps perdu by Proust, The Magic Mountain by Thomas Mann, The Enthusiasts by Robert Musil, and it inspired his own adaptations of works including Bertolucci’s Last Tango in Paris or Umberto Eco’s The Name of the Rose. The most outstanding among them is his theatrical adaptation of Boris Pasternak’s Doctor Zhivago and its world premiere. Szikora’s directing career is also characterized by the seldom staged classical works, such as Shakespeare’s Pericles and Corneille’s L’lllusion Comique. He is strongly attached to the 20th century writers with extraordinary vision (Boris Vian, Mishima, Krleza, Hrabal). Croatian theatre lovers are not unfamiliar with János Szikora’s name. He has directed Botho Strauss’ The Park at the Croatian National Theatre of Zagreb and staged a theatrical adaptation of The Paul Street Boys (Dječaci Pavlove Ulice) by Ferenc Molnár in Osijek. Apart from staging works in prose, Mr Szikora also excels in opera projects. He directed Salome by Richard Strauss, which has been on the Hungarian State Opera repertoire for over 20 years. The Hungarian première of The Woman without a Shadow, is considered one of the most important operatic productions in recent years. The best known among Szikora’s blockbusters (The Flying Dutchman, Norma, Traviata, Fidelio, Nabucco and Carmen) is his staging of Mahagonny by Bertolt Brecht - Kurt Weil. Deeply impressed by Mozart’s music, Szikora wrote and staged a play about the creation of The Magic Flute, and his directing and original concept received widespread critical acclaim. In addition to his theatre directing, János Szikora has served as director of several major theatres. For 4 consecutive years, he was artistic director of the largest open air theatre in Hungary, the Szeged Open Air Summer Theatre. Currently, he holds the position of director of the  Vörösmarty Theatre,  and has been artistic director of the Coronation Festival at Székesfehérvár (an open-air event specialised in historical plays) for five years.