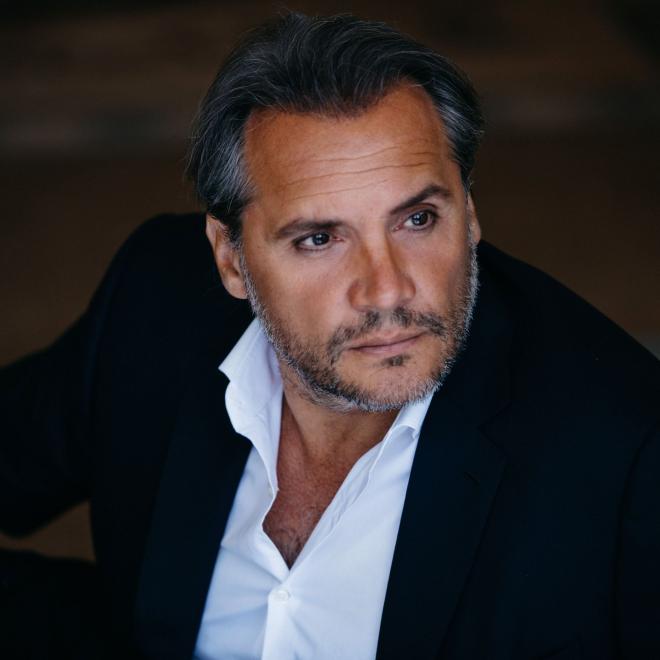 The French bass Nicolas Testé studied piano, bassoon and music history in Paris before embarking on a career as a singer. He studied at the Opéra National de Paris and Centre de Formation Lyrique. In 1998 he was awarded with the Second Prize at the “Voix Nouvelles” competition.

In previous seasons he performed at the Bayerische Staatsoper in La Bohème (Colline) at the Metropolitan Opera in Carmen (Zuniga), at the Opéra de Paris in Samson and Dalila (Abimelech) as well as at the Los Angeles Opera in the role of the Four Villains in The Tales of Hoffmann.

Further performannces include Nicolas Testé´s return to the Bayerische Staatsoper in the production of Lucia di Lammermoor (Raimondo). Furthermore, he  performed at the Opernhaus Zurich in Maria Stuarda (Giorgio Talbot) and at the Deutsche Oper Berlin in the same role. Further productions at the Deutsche Oper Berlin include Faust (Mephisto) and La Gioconda (Alvise Badoero). In January 2018 he performed at the Opéra National de Paris in The Barber of Seville (Basilio).

In October 2018 Nicolas Testé returned to the Opéra Bastille to sing in Meyerbeer’s Les Huguenots in the role of the servant Marcel followed by an engagement at the MET performing in Les Pêcheurs de perles (Nourabad).

In spring 2019 Nicolas Testé made a celebrated role debut singing the Sarastro in Mozart’s The Magic Flute at Paris’ Opéra Bastille as well as a role debut as Claudius in concert version performances of Hamlet in Barcelona and at the Deutsche Oper Berlin. In autumn 2019 Testé returned as Sir Giorgio in Bellini´s I Puritani at the Opéra Bastille and recently he performed in Gounod´s Roméo et Juliette as Frère Laurent at the Teatro alle Scala di Milano.

Besides numerous opera productions Nicolas Testé regularly performs with internationally renowned symphony orchestras. In November 2017 he embarked on an Asia Tour together with the renowned soprano Diana Damrau performing opera gala and recital programmes with concerts in Singapore, Shanghai, Tokyo, Seoul, Taipei and Beijing. In the frame of the tour VERDIssimo he gave concerts in Europe’s major concert halls in May and June 2018.

In the season 2020/21 Nicolas Testé tours again Europe and Asia together with soprano Diana Damrau.