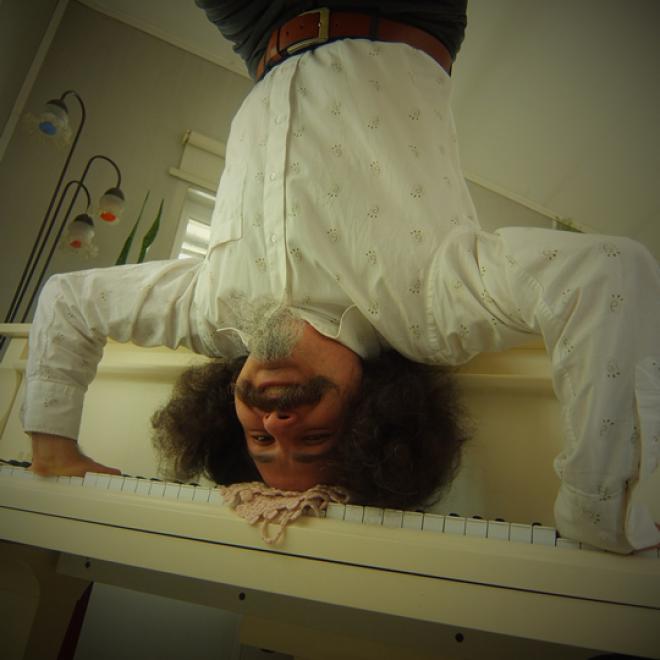 Hakan A. Toker was born in 1976 and he’s from the southern Turkish town called Mersin. He holds a BM from Indiana University School of Music, double majoring in piano and composition. He has also studied jazz and electronic music at this institution. Besides his formal education, he is mostly self-taught in the fields of improvisation, Turkish music and the two secondary instruments he has picked-up after the piano: the kanun and the accordion.

Up-to-date, he has performed in 28 countries, solo and with other artists. As a performer, he has appeared on numerous occasions in the local and international media. During the 9 years he lived in the United States, he put some time into Middle Eastern, Central Asian and South American music. He has shared the stage with many masters of Eastern and Western music; he has collaborated with various groups, singers, dancers, poets and jugglers. He has done classical and improvised recitals, informative concers, music for silent films, multi-media and musical-comedy shows.

He has compositions and arrangements in various genres such as Western classical music, Turkish traditional music and jazz.