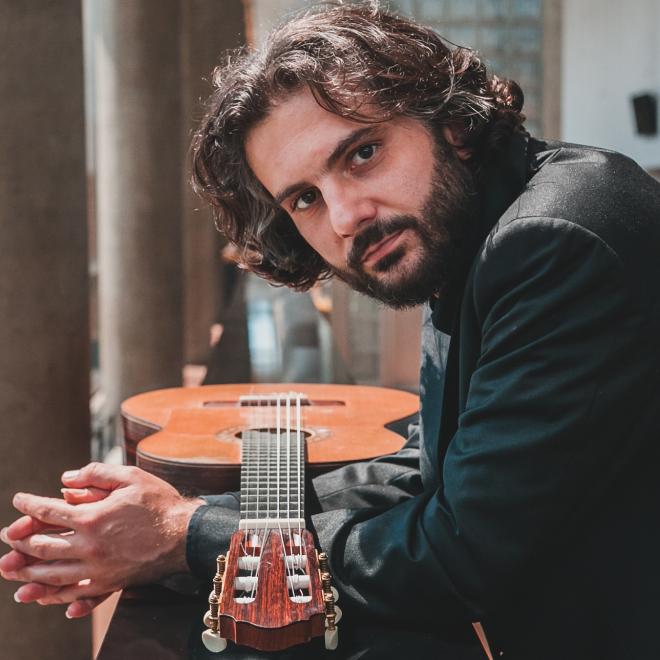 Tomislav Vukšić was born 1980. in Zagreb, Croatia, where he finished ''Vatroslav Lisinski'' Music school in the class of prof. Ratko Podvorac. He graduated at the Zagreb Music Academy in the class of prof. Darko Petrinjak, and completed his master studies at the Royal Conservatoire in Den Haag in the class of prof. Zoran Dukić. He has attended masterclasses with world famous guitarists : Pavel Steidl, Carlo Marchione, Pablo Marquez, Aniello Desiderio, Timo Korhonen, Angelo Gilardino, Thomas Offerman, Ana Vidovic... During his studies in Den Haag, Tomislav Vukšić recieved a prestigious scholarship from the Huygens Scholarship Programme which is awarded only to the most talented students.

He is a member of the guitar trio Elogio (with Pedro Rodrigues and Petrit Ҫeku), and is currently  employed as a docent at the Zagreb Music Academy.