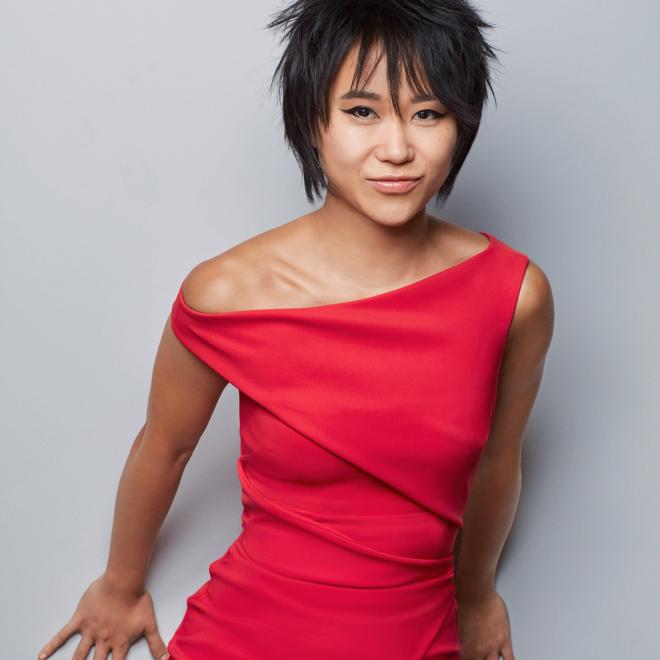 Critical superlatives and audience ovations have continuously followed Yuja Wang’s dazzling career. The Beijing-born pianist, celebrated for her charismatic artistry and captivating stage presence, is set to achieve new heights during the 2018-19 season, which features recitals, concert series, as well as season residencies, and extensive tours with some of the world’s most venerated ensembles and conductors.

Wang begins the summer of 2018 with a performance of Beethoven’s Piano Concerto No. 1 at the Tanglewood Music Festival with the Boston Symphony Orchestra, under the baton of Andris Nelsons, followed by a tour with the Berlin Philharmonic Orchestra and Kirill Petrenko featuring Prokofiev’s Piano Concerto No. 3. Later engagements include an extensive recital tour to South America, as well as several concerts with the Munich Philharmonic and Valery Gergiev throughout Asia in autumn.

Wang is featured as an Artist-in-Residence at three of the world’s premiere venues: New York’s Carnegie Hall with a season-long “Perspectives” series, the Wiener Konzerthaus with a “Portrait” series, and also at the Luxembourg Philharmonie. Engagement highlights include concerts with the Vienna Philharmonic Orchestra at Versailles, as well as the Summer Night Concert at the Schönbrunn Palace with Gustavo Dudamel. She also embarks on tours with the City of Birmingham Symphony Orchestra and Mirga Gražinytė-Tyla. Other notable appearances include concerts in Istanbul, Toronto, Los Angeles, Chicago, and Kotor. Spring of 2019 sees Wang embark on a tour of Los Angeles, Seoul, and Tokyo with the Los Angeles Philharmonic Orchestra to give the first-ever performances of John Adams’ newest piano concerto, as well as reuniting with cellist and frequent collaborator Gautier Capuçon for a vast US chamber tour.

Wang was born into a musical family in Beijing. After childhood piano studies in China, she received advanced training in Canada and at Philadelphia’s Curtis Institute of Music under Gary Graffman. Her international breakthrough came in 2007 when she replaced Martha Argerich as soloist with the Boston Symphony Orchestra. Two years later, she signed an exclusive contract with Deutsche Grammophon and has since established her place among the world’s leading artists, with a succession of critically acclaimed performances and recordings.

Wang was named Musical America’s Artist of the Year in 2017.