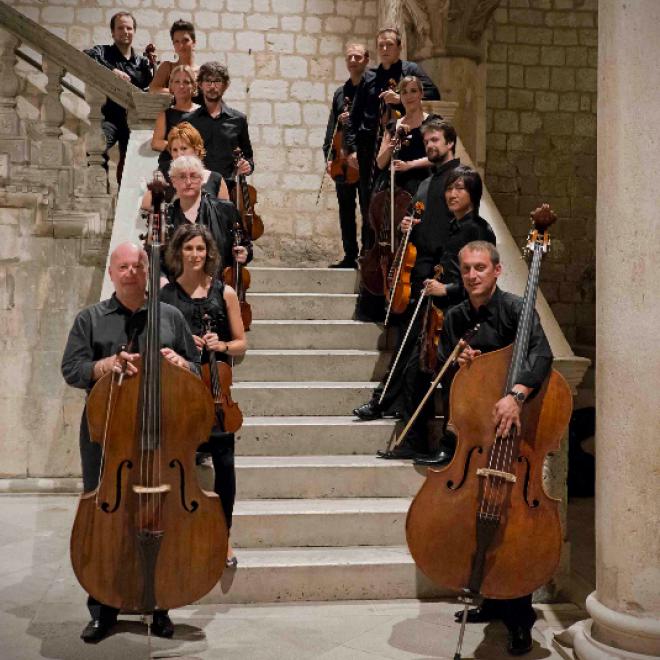 The Zagreb Philharmonic Chamber Studio was established in 1971 within the Zagreb Philharmonic Orchestra, aiming at providing the young orchestra members with the opportunity to play in a chamber ensemble and affirm themselves as soloists. The ZF Chamber Studio made its debut on 22 April 1971, at the 10th Grammar School in Zagreb, following its policy of presenting chamber music to young audiences. It has also performed for regular concertgoers. Depending on the repertoire, the concerts have taken place in Zagreb's concert halls and churches, as well as in other Croatian cities. The ensemble initially performed under artistic directorship of the renowned Croatian violinist Tonko Ninić.

After a several-year pause, the Zagreb Philharmonic’s Concertmasters Sidonija Lebar and Martin Draušnik added a fresh musical impetus to the ZF Chamber Studio.

The ensemble's recent performances include that at the 49th Opatija Musical Gathering, the Mostar Spring Festival, the St Mark's Festival, the stage performance of Igor Stravinsky The Soldier's Tale, and the concert at the International Late Summer Dubrovnik Festival. In August 2015, the ZF Chamber Studio will perform at the Dubrovnik Summer Festival with one of the world greatest pianists, Ivo Pogorelich.