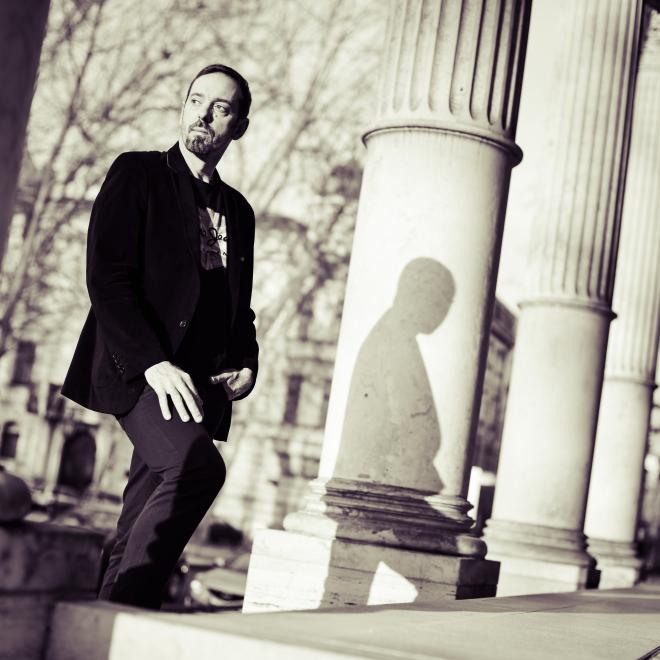 Dancer and choreographer, former soloist of the Croatian National Theatre (CNT) Ballet in Zagreb. Graduated from the Croatian Ballet School in Zagreb in the class of professor Tatjana Lucić-Šarić. He continued his studies in St. Petersburg at the Vaganova Ballet Academy where he graduated under the supervision of V. K. Onoška. From 1989 he was member of the Croatian National Theatre Ballet in Zagreb where he collaborated with many world-renowned choreographers such as Milko Šparemblek, Martino Müller, Ted Brandsen, Vasco Wellenkamp, Gagik Ismailian, Peter Breuer, Dinko Bogdanić, Patrick Delcroix etc. From 1996 until 1999 he danced in the dance ensemble Compania Portuguesa de Bailado Contemporaneo. With the choreographer Mark Boldin he started the Atelier Choréographique. From 2003 until 2012 he was the director of the Croatian National Theatre Ballet Ivan pl. Zajc in Rijeka. Since September 2012 he has worked at the University of Rijeka as guest lecturer at the post-graduate cycle of studies Acting, Media and Culture.

He is the winner of the following awards: Croatian Acting Award for best young artist's creative work (young artists until the age of 28) for the works The Fiancees Dream and Please, Wake me up; Peristyl Music Award of the Morning Paper for the best musical-scenic performance at the Split Summer Festival for the ballets The Gods Aren't Angry and Daj, daj (alongside the ballets by Rami Be'er) and for the ballet Daїssa-East of Eden; The Award of the International Jury for best ballet work at the ISCM World music Days in Slovenia for the works Purgatorio and Kiklos; Boris Papandopulo Award for the best ballet of the season 2004/2005 at the Croatian National Theatre Ballet Ivan pl. Zajc in Rijeka; Dimitrije Parlić Award of the Association of Ballet Artists of Serbia; Award of the City of Belgrade and the Annual Award of the National Theatre for the ballet Who Is Singing Over There?;  Croatian Acting Award for best contemporary dance piece Cirkus primitif balet (CNT Ivan pl. Zajc in Rijeka); Award for the exceptional artistic achievements and exceptional contribution to the success  of the Ballet of the CNT Ivan pl. Zajc, Rijeka; Vladimir Nazor Award of the  Croatian Ministry of Culture for the ballet The Trial.

As a choreographer he has collaborated with the director Lena Udovički on the following projects: Medea, UCLA Roys Hall, starring Annette Bening; The Resistible Rise of Arturo Ui,

(B. Brecht), Ulysses Theatre; Shakespeare in Kreml (I. Štivičić), co-production of Ulysses Theatre and the Serbian National Theatre from Novi Sad; and The Deceased (B. Nušić), Ulysses Theatre. He directed and choreographed Macedonium (M. Nećak), the musical-scenic spectacle celebration of 20 years of Macedonian independence featuring more than 250 performers.

In 2012 he directed the drama Macedonian Bloody Wedding (V. Černodrinski) for the Drama Theatre Skopje and in 2013 he directed the drama The Maids (Jean Genet), the final play at the post-graduate cycle of studies in Acting, Media and Culture  at the University of Rijeka. In 2014 he directed and choreographed his own adaptation of the dance musical-drama The Funeral in Theresienburg (M. Krleža) in the co-production of Ulysses Theatre, CNT Split and the Split Summer Festival.