Top American organist Cameron Carpenter will perform with the Croatian Radio and Television Symphony Orchestra under the baton of Italian conductor Daniele Rustioni in the grand concert finale of the 69th Dubrovnik Summer Festival in front of St Blaise's Church on Saturday, 25 August at 22:00. The concert will be broadcast live by Croatian Television Channel 1and Croatian Radio Channel 3.

This spectacular music event will mark the end of the 69th Dubrovnik Summer Festival with Rachmaninov's Paganini Variations arranged by Cameron Carpenter, who described his version of the composition as ‘Rachmaninov on steroids’. This will be followed by Symphony No. 1 Finale by Louis Vierne, French composer and principal organist at the Notre-Dame Cathedral in Paris, who died of a heart attack on 2 June 1937 during his 1750th organ recital at the Cathedral. Out of six movements of the symphony, the Finale, which was called ‘my Marseillaise’ by the author, is the best known. The concert will be concluded with Symphony No. 3 in C minor,a monumental work of French composer Camille Saint-Saëns who said, ‘I gave everything to it I was able to give. What I have here accomplished, I will never achieve again,’ after he finished it, aware that it would be his last attempt at symphonic form.

With his exceptional musicality, endless technical ability and pioneering spirit, Cameron Carpenter has already left his mark on recent music history. The Neue Zürcher Zeitung described him as ‘a true pioneering musician and a classic by-the book virtuoso’. Carpenter was born in 1981 in Pennsylvania, USA. Besides his mentor Beth Etter, he was taught by John Bertalot and James Litton. He studied composition and organ with John E. Mitchener at the North Carolina School of Arts. Ever since the completion of his own instrument, the International Touring Organ (ITO) in 2014, Cameron has defied initial scepticism towards this digital instrument and established the ITO on the world’s most prestigious stages. Now he almost exclusively performs on the ITO, be it in recital or concerto appearances. This tailor-made instrument, based on Carpenter’s own plans, allows him to perform at almost any location worldwide. In spring 2016, following the ECHO winning release of If You Could Read My Mind (2014), his second album for Sony Classical, All You Need is Bach, was released. Additionally, Carpenter was the first organist ever to receive a Grammy nomination for his album Revolutionary which he recorded for Telarc. Carpenter transcribed more than 100 works for organ. He composed his first own works during his studies at Juilliard School in New York, 2000-2006, where at the same time he also had piano lessons with Miles Fusco. In 2011 his concerto for organ and orchestra The Scandal was premiered by the Deutsche Kammerphilharmonie Bremen at the Philharmonie Cologne. In 2012 he received the Leonard Bernstein Award of the Schleswig Holstein-Musik Festival. This season, Cameron Carpenter is Artist in Residence at the Konzerthaus Berlin and performs in various concert formats. 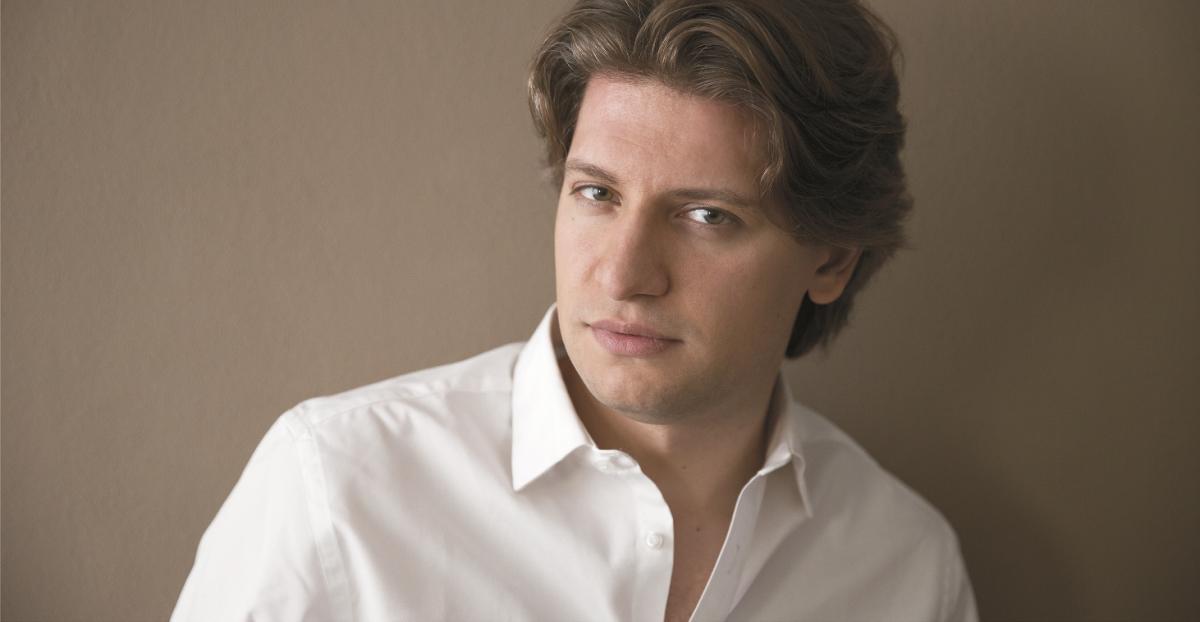 At the age of 35, Daniele Rustioni is one of the most compelling conductors of his generation. In 2013 he received the International Opera Award for Best Newcomer of the Year, he was recently appointed the Principal Conductor of the Opéra National de Lyon and he is currently the Principal Conductor of the Orchestra della Toscana. This season, he made his debut at the Metropolitan Opera with Aida. He graduated from the Guiseppe Verdi Conservatoire in Milan, where he studied organ, piano and composition. He studied conducting with Gilberto Serembe, and afterwards at the Chigiana Music Academy in Siena in the class of Gianluigi Gelmetti and at the Royal Academy of Music in London. Following the concert in Zagreb as part of the Master Series in March 2017, this will be Rustioni’s second appearance with the CRT Symphony Orchestra.

The Croatian Radio and Television Symphony Orchestra is one of the oldest European radio orchestras: it grew out of an orchestra founded in 1929 for Radio-Zagreb, just six years after the foundation of the first European radio orchestra. It has borne its current title since 1991. Since the season 2015/2016, Enrico Dindo has held the position of the Principal Conductor. With a unique programme orientation, at the centre of which is the continuous performance and stimulation of works by Croatian authors as well as a repertoire of both standard and lesser-known works, the Croatian Radio and Television Symphony Orchestra has become one of the key performing bodies in Croatia. They have regularly collaborated with the Dubrovnik Summer Festival, and the last couple of seasons, and also this year, they have been granted the honour of closing the Festival. 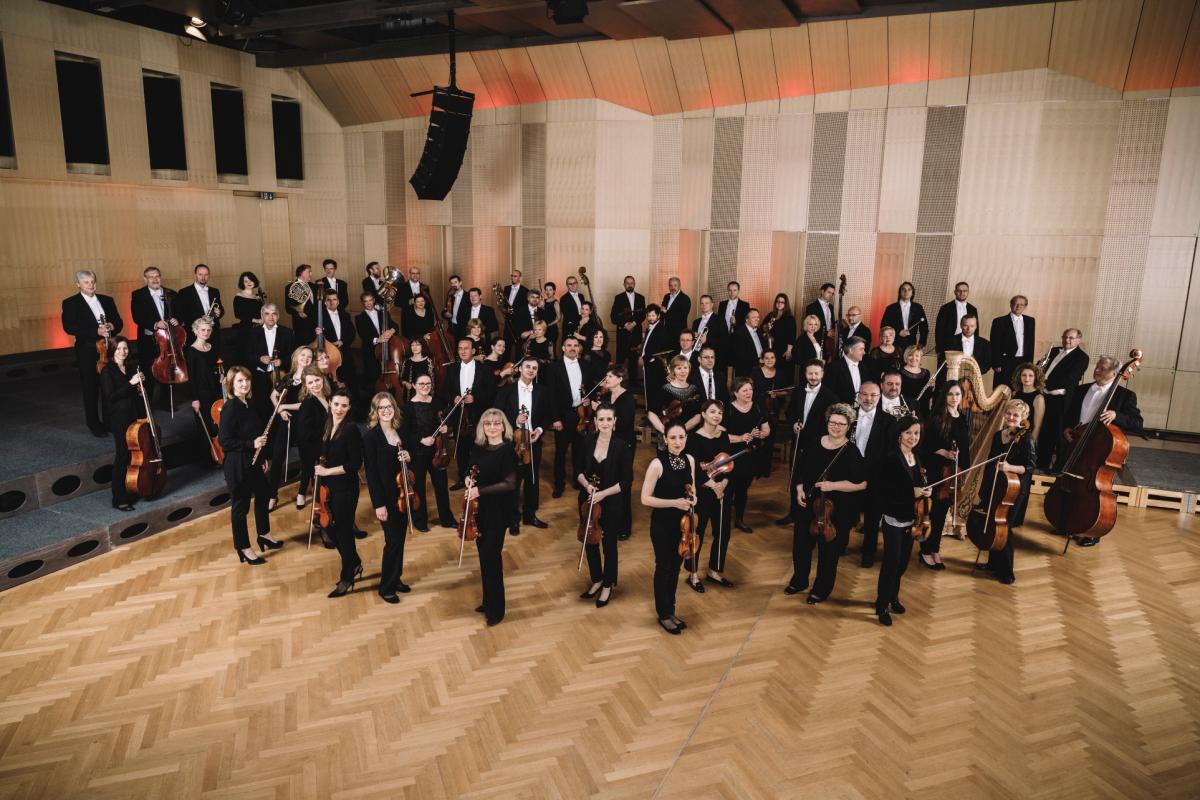 The concert will be followed by a short closing ceremony, with the participation of the members of this-year's drama and music Festival ensembles.

Tickets for the closing concert are available at the Festival website www.dubrovnik-festival.hr or via www.ulaznice.hr ticketing service. Buying tickets online with Mastercard® and Maestro® cards provides 10% discount, while spending over 500 kn provides 30% discount voucher for festival souvenirs. Tickets are also available at the Box Office in the Festival Palace (Od Sigurate 1) every day from 9:00 to 21:30, where the residents of the Dubrovnik-Neretva County can get 30% discount. All questions regarding the purchase of tickets and booking are to be referred to the Sales Department by email at sales@dubrovnik-festival.hr or by phone at 020 326 107 or 095 323 2050.