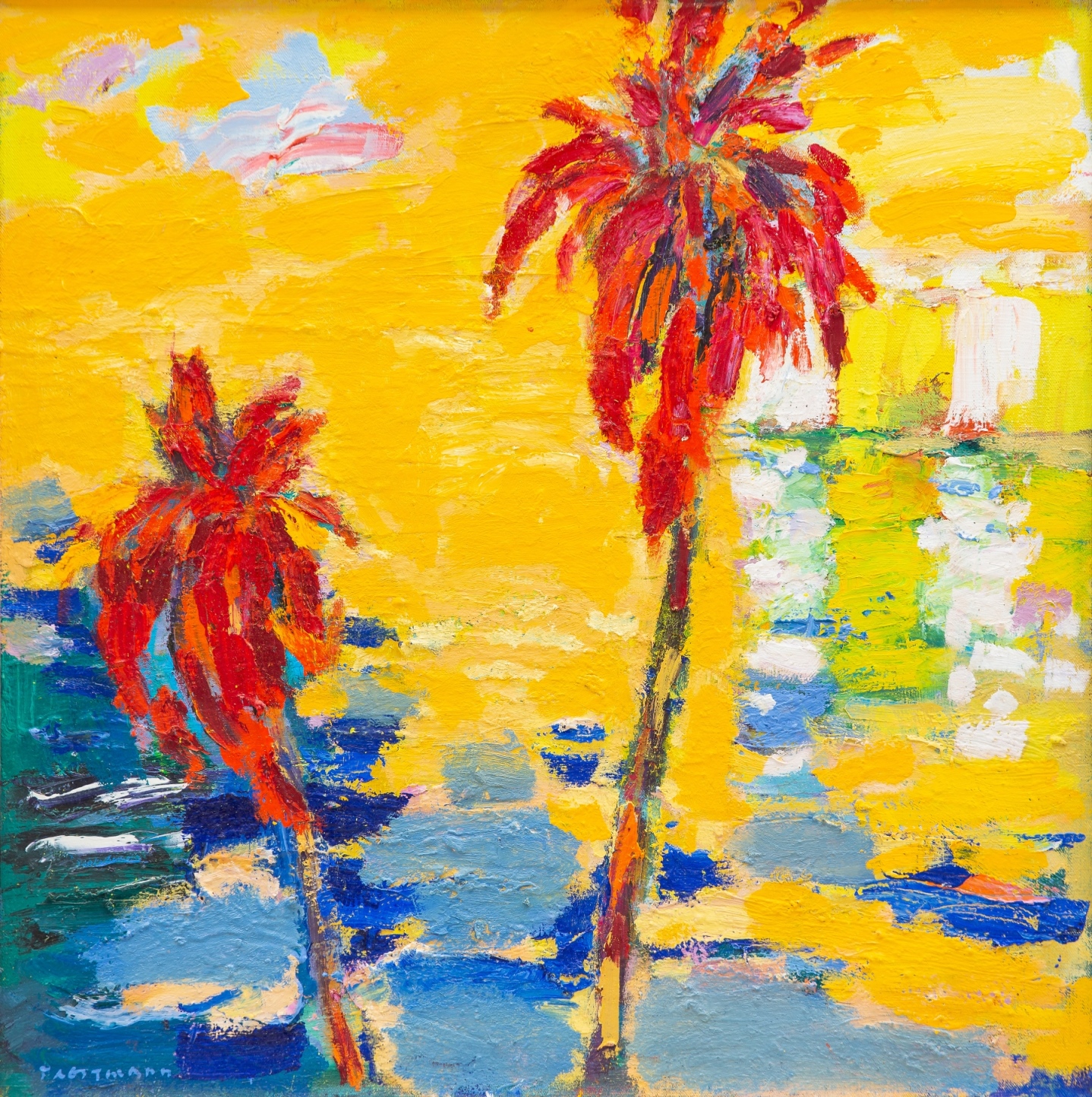 The exhibition of Josip Pino Trostmann's works entitled Dubrovnik from Sveti Jakov with Two Palm Trees opens at the Sponza Palace Atrium on Friday, 13 July at 21:00 on the occasion of artist's 80th birthday and 55th anniversary of his graduation from the Academy of Fine Arts in Zagreb. The exhibition is part of the new 69th Dubrovnik Summer Festival programme City Keys and it lasts until 4 August.

Josip Pino Trostmann was born in Dubrovnik in 1938, and already at the age of ten he started attending the school of portrait of the renowned painter Ivo Dulčić. In 1963 he completed his studies at the Zagreb Academy of Fine Arts in the class of professors Đ. Tiljak and I. Režek, and from 1968 until his retirement he taught numerous Dubrovnik artists, many of whom now have well established careers. He is one of the oldest and most authentic painters of Dubrovnik, and he is recognised by art historians as one of Croatia's greatest colourist painters. He remains faithful to Dubrovnik and its well-known motifs. Trostmann has received numerous awards for his work, including the Award of the City of Dubrovnik, the medal of the Croatian Order of Danica hrvatska bearing the effigy of Marko Marulić for outstanding achievement in culture and the Award of the Croatian Academy of Sciences and Arts in 2013 for outstanding achievement in the field of arts in the Republic of Croatia.

Since 1981 he carries the title of Accomplished Art Educator,awarded by the Croatian Association of Art Educators. Many representatives of contemporary visual practices and great number of artists whose works will be presented at the exhibition Horrors of Native Soil, which will be opened on 7 August in collaboration between the Festival and Art Workshop Lazareti, obtained the foundation of their subsequent artistic work in the time when they were unobtrusively and devotedly introduced to drawing and painting techniques by Josip Trostmann in the house of Flora Jakšić, art lover and self-taught painter who had bequeathed her house in Lapad Bay to artists.

‘How many scenes of beauty can the sun create from dawn to dusk during the four seasons, not to mention the drama between the clouds and the sun? The fireworks during the opening ceremony of the Dubrovnik Summer Festival make a remarkable night scene. Utterly overwhelmed, I have created many paintings of Dubrovnik from Sveti Jakov with two palm treesand today, at the age of eighty, I am happy to be able to dedicate an entire exhibition of that title to my town,’ said Josip Pino Trostmann on this occasion. As a sumptuous colourist, Trostmann transforms this seemingly “little” motif into a magnificent event worthy only of great masters. This gestural and poetic quality (more precisely, fascination with the City) becomes and remains his distinctive feature that makes him one of top Croatian contemporary artists.