Last Linđo Performance of This Festival Season on Revelin Tomorrow

The fourth and final performance of the peerless Linđo Folklore Ensemble at the anniversary 70th Dubrovnik Summer Festival will be held tomorrow, 13 August, on the Revelin fort terrace at 9.30pm.

Their first performance at the 70th Festival was marked by their collaboration with KUD Jedinstvo of Split while the programme of the rest of their performances included their staple linđo dance, the Vrlika circle dance, old dances of Split, dances of Bunjevci, dances of Zaprešić and the Podravian wedding. Along with the dance numbers, the impressive programme features the traditional toast of the Konavle region recited by the Linđo Folklore Ensemble Executive Director Vlaho Kljunak. As is the case with every Linđo performance, long applause and ovations of local and foreign audiences greeted this season’s three shows – and undoubtedly their fourth one will be as successful too. 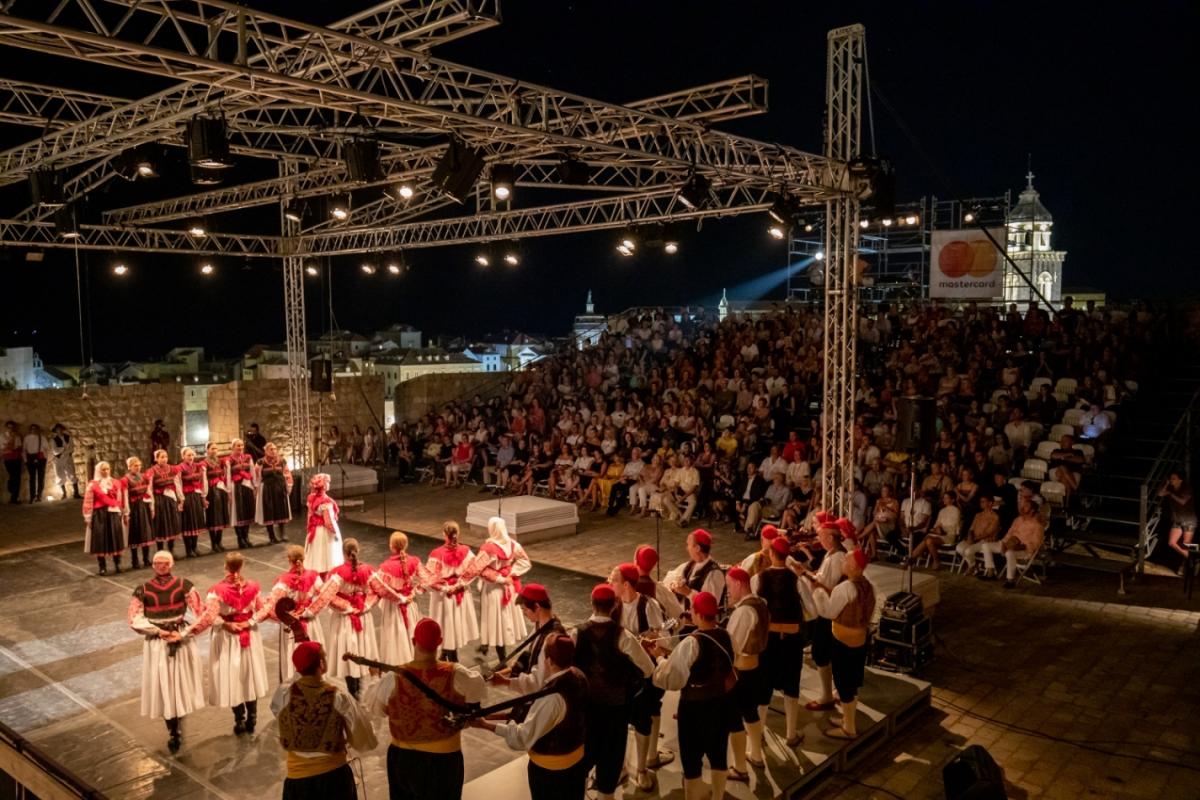 Founded in 1964, the Folklore ensemble Linđo was named after the popular and well-loved folk dance of the Dubrovnik Littoral, Župa and Konavle regions. The Linđo kolo, or circle dance, is on the official list of Croatia’s Intangible Cultural Heritages, among such treasures as the festivity of Saint Blaise and traditional Konavle embroidery. Besides many guest performances all over the world through which invaluable promotion of both Croatia and Dubrovnik has been brought about, Linđo have been a key part of the Dubrovnik Summer Festival since 1967.

Tickets for the last of Linđo’s performances at the 70th Festival are available for purchase at the Dubrovnik Summer Festival website www.dubrovnik-festival.hr or via www.ulaznice.hr ticketing service and at the box office of the Festival Palace (Od Sigurate 1) every day from 9am to 9.30pm. All residents of Dubrovnik-neretva county are offered a 30% discount on all tickets. Purchases made with Mastercard® and Maestro® cards receive a 10% discount while all purchases and orders over 500 kuna receive a 30% discount voucher for Festival souvenirs.