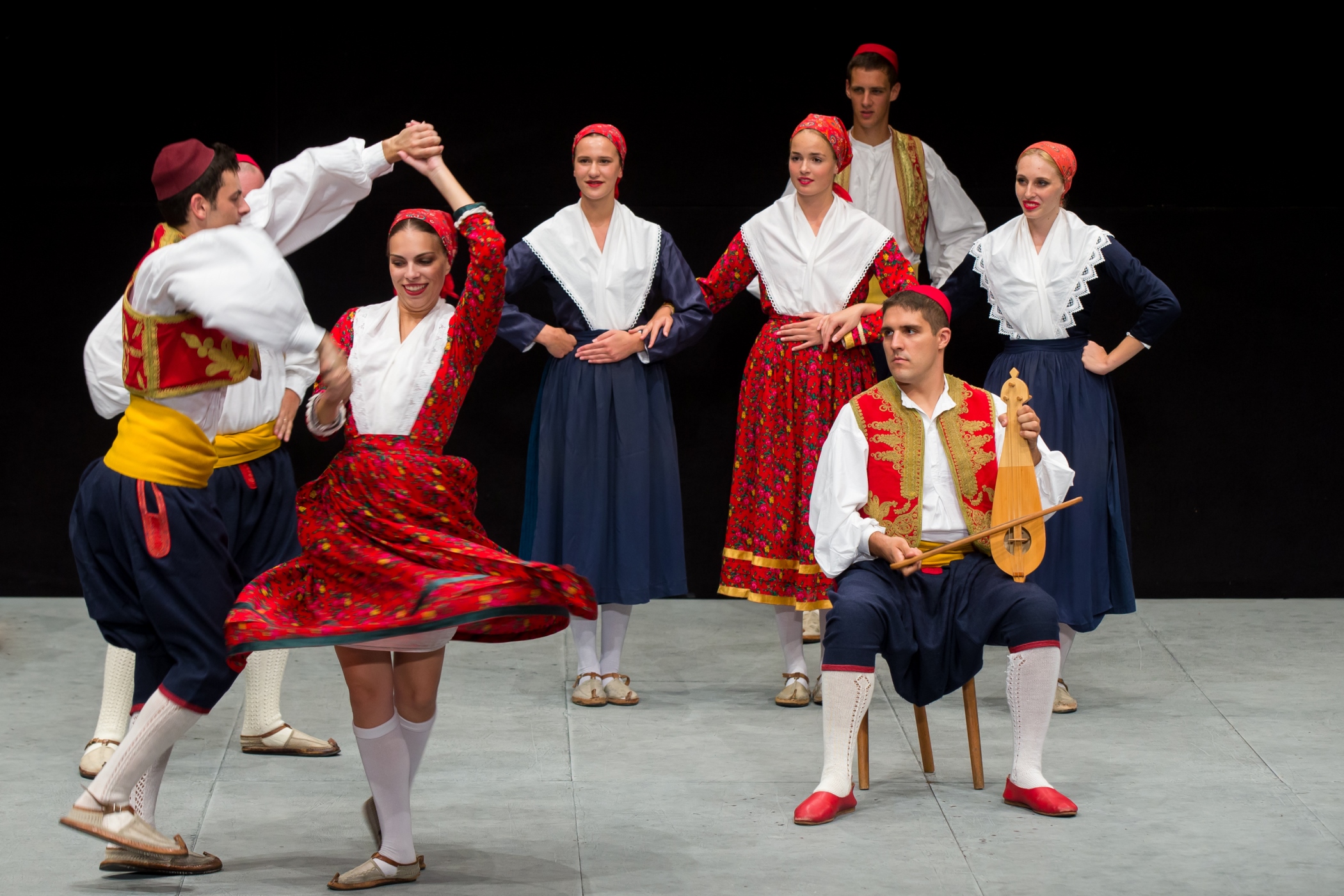 The ensemble has prepared a new choreography for this year's Festival performances, which will be premiered on Tuesday. They have started preparing the Wedding Dance of Podravina, choreographed by Lado Ensemble's Artistic Director Dr Ivan Ivančan, in April as a part of the project Lazareti - the Creative District of Dubrovnik. The choreography presents three segments of a wedding tradition in Podravina through dance, song, music and costumes: the bride receives a braided wreath, she leaves her parents’ home and then the wedding guests pass by the water. The wedding spree ends at the groom’s house. The carnival starts, people dance with handkerchiefs and rolling pins. The author of music and music arrangement Marijan Makar collaborates with Linđo's orchestra on this project. Along with this new choreography, the programme contains many other music and dance numbers favoured by the Festival audience, including the inevitable Linđo Dance of Dubrovnik, after which the ensemble was named, the Dances of Bunjevci, the Circle Dance of Vrlika and others.

Linđo Folklore Ensemble has regularly performed at the Dubrovnik Summer Festival since 1967, and their numerous appearances at home and abroad have made the ensemble a successful promoter of Dubrovnik and Croatia. It was established in 1964, and today it is a cultural institution of the City of Dubrovnik which pays special attention to traditional culture phenomena as symbols of identity, thus fulfilling its goal of collecting, artistic interpretation and performance of the finest examples of Croatia's rich music and dance heritage. In each of these segments, the ensemble makes every effort to remain as faithful as possible to the authentic folk expression. The success of the ensemble is also reflected in numbers - over 3,500 concerts with more than 2 million viewers in over 200 national and international appearances. Over the decades Linđo has gathered many generations of Dubrovnik citizens, more than 3,000 members until the present day. The ensemble also has a collection of 1,500 priceless original folk costumes.

Tickets for all Linđo's performances can be purchased through the Festival website www.dubrovnik-festival.hr or www.ulaznice.hr ticketing service and at the Box Office in the Festival Palace (Od Sigurate 1), every day from 9:00 to 21:30.