The Tartini Quartet consists of violinists Miran Kolbl, who is also the concert master of the Slovenian Philharmonic Orchestra, and Romeo Drucker, violist Aleksandar Milošev along with cellist Miloš Mlejnik. They regularly perform in Slovenia and across Europe. The three-year concert cycle as a part of which the Tartini Quartet integratedly performed all the string quartets of Ludwig van Beethoven and Wolfgang Amadeus Mozart is highlighted as one of their most notable projects. In the event of Slovenia’s entrance into the EU, the Tartini Quartet served as the Slovenian representative and performed as part of the Europamusicale manifestation in Madrid, Berlin (Konzerhaus), Leipzig (Gewandhaus), Wiesbaden (Kurhaus) and Munich (Residenz - Max Joseph Saal). The concert in Berlin’s Konzerthaus was broadcasted live by Deutschland Radio for the network of Euroradio stations. After a series of summer concerts on festivals throughout Europe, the Tartini String Quartet went on a South American tour upon receiving an invitation from the renowed Mozarteum Argentino agency in October of 2005. A year later, in October of 2006, a 10-day tour throughout Sweden took place, at the invitation of the Rikskonserter agency. Founded in the 1983/84 concert season, the Quartet is marking its 30th anniversary of concert work this year and is preparing a new big South American tour set to start off in October of 2014. 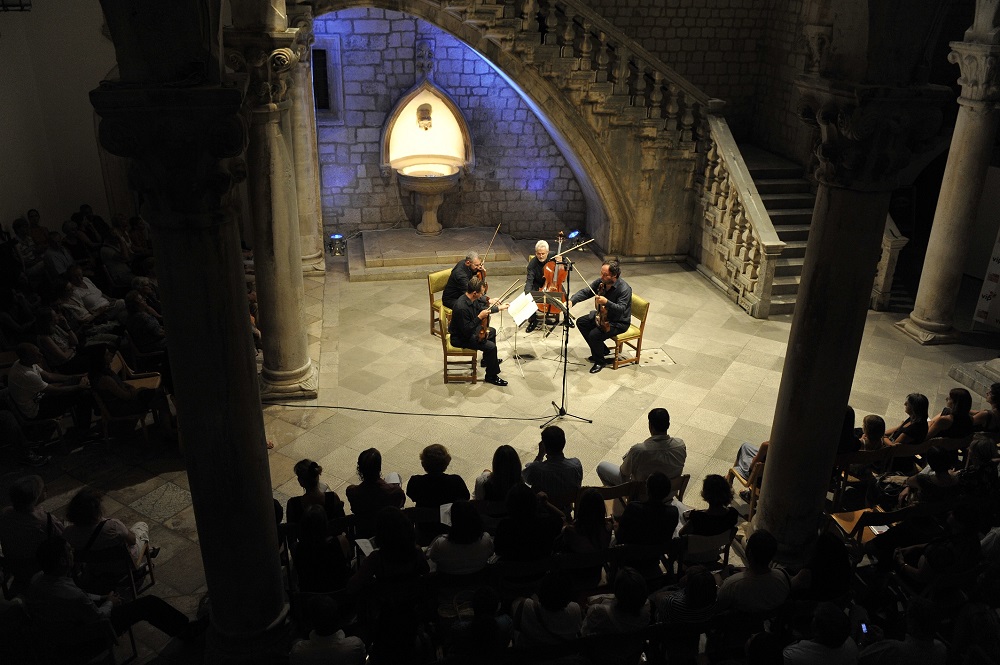 The Festival’s audience will be presented with string quartets of Italian composer Giuseppe Tartini from the Baroque era and quartets of Russian composers Schnittke and Šostakovič from the second half of the 20th century.