Festival Audiences Blown Away by Wang and Ottensamer's Virtuosic Performance 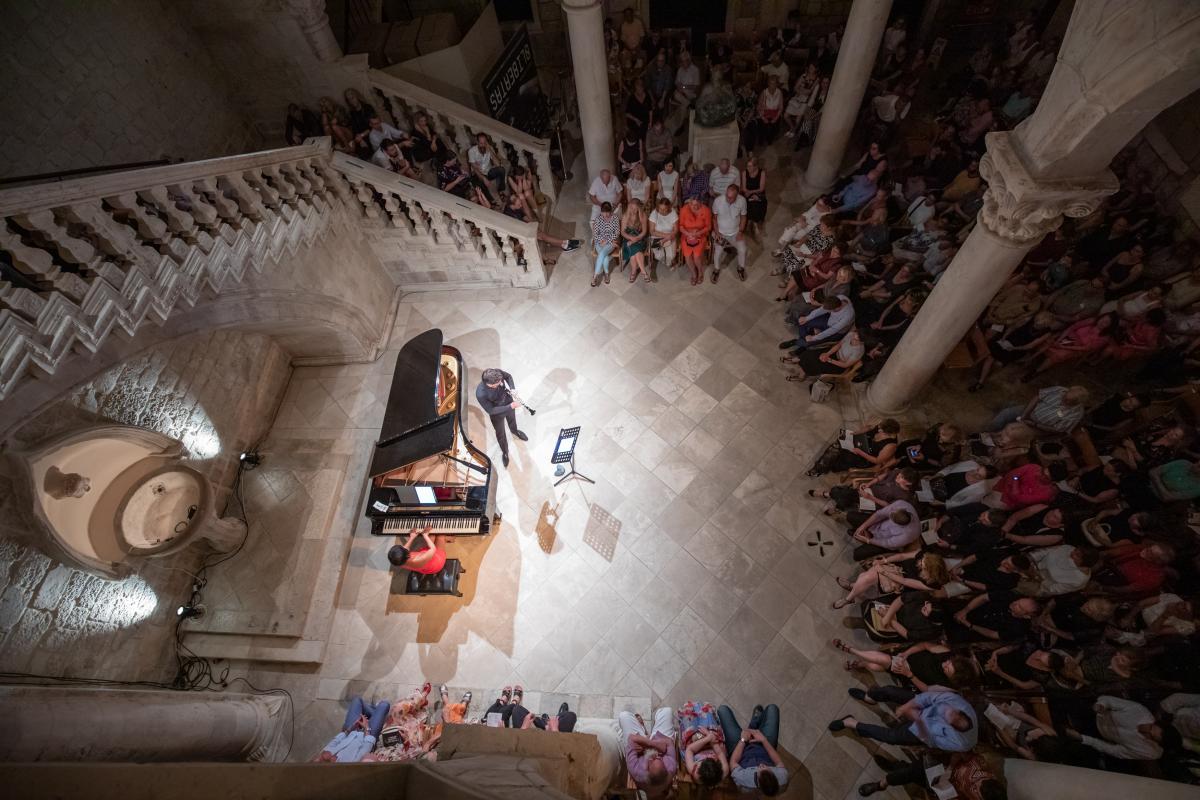 On the programme were pieces by Weber, Brahms, Schubert, Mendelssohn, Debussy and Chopin with the final composition, Horovitz's Sonatina for the clarinet and piano, having been replaced by Brahms Sonata no. 1. The performance of the peerless virtuosos is surely one of the Festival’s music programme highlights, judging by the audiences’ ovations – Wang and Ottensamer even taking their bows five times to thunderous applause. They performed the following musical additions to audiences’ delight: the third movement of the Horovitz's Sonatina for the clarinet and piano, Doris Day’s Tea for Two, Gershwin’s Summertime, a Kapustin concert etude and Márquez Danzón No. 2. 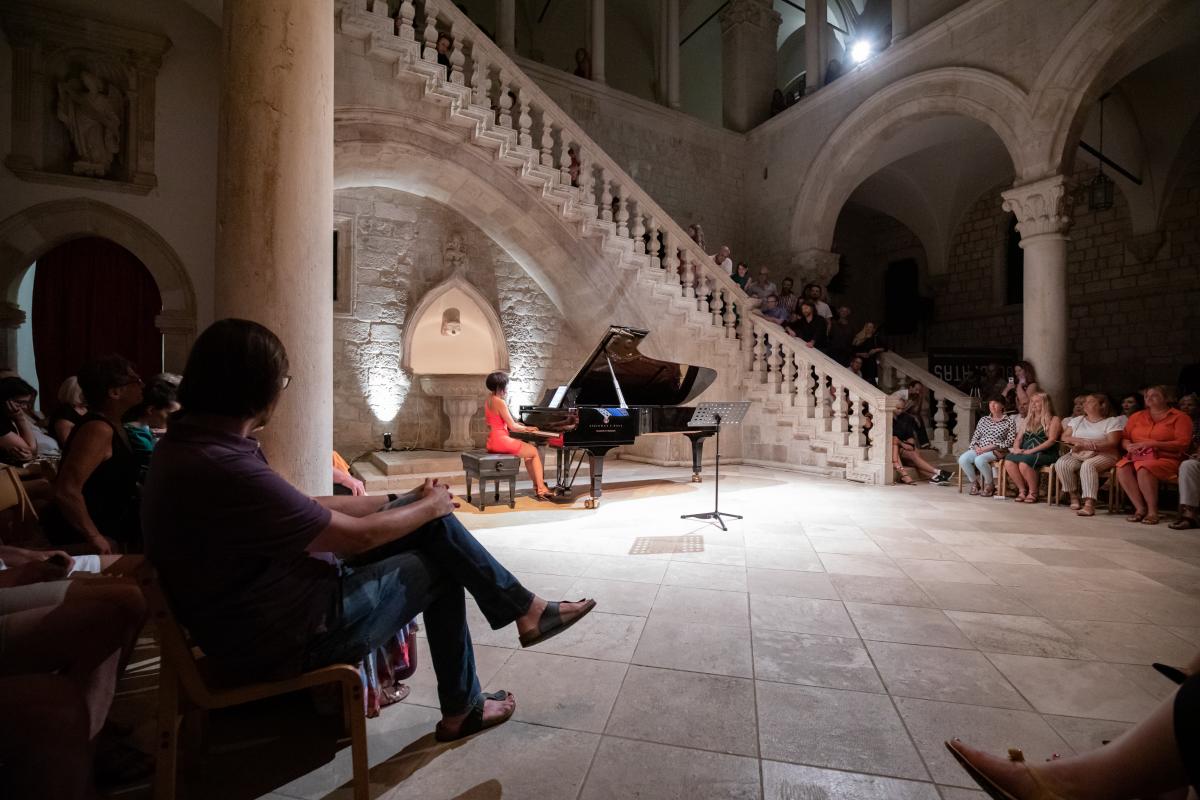 – “I love outdoor concerts, and this has the indoor intimacy along with the open sky above with which we are closer to nature. That is why I love Dubrovnik too,” said Wang while Ottensamer added that the sound of birds chirping furthers the feeling of closeness with the audience, no matter how large it might be, and that the Rector’s Palace seems the heart of the city in these moments. 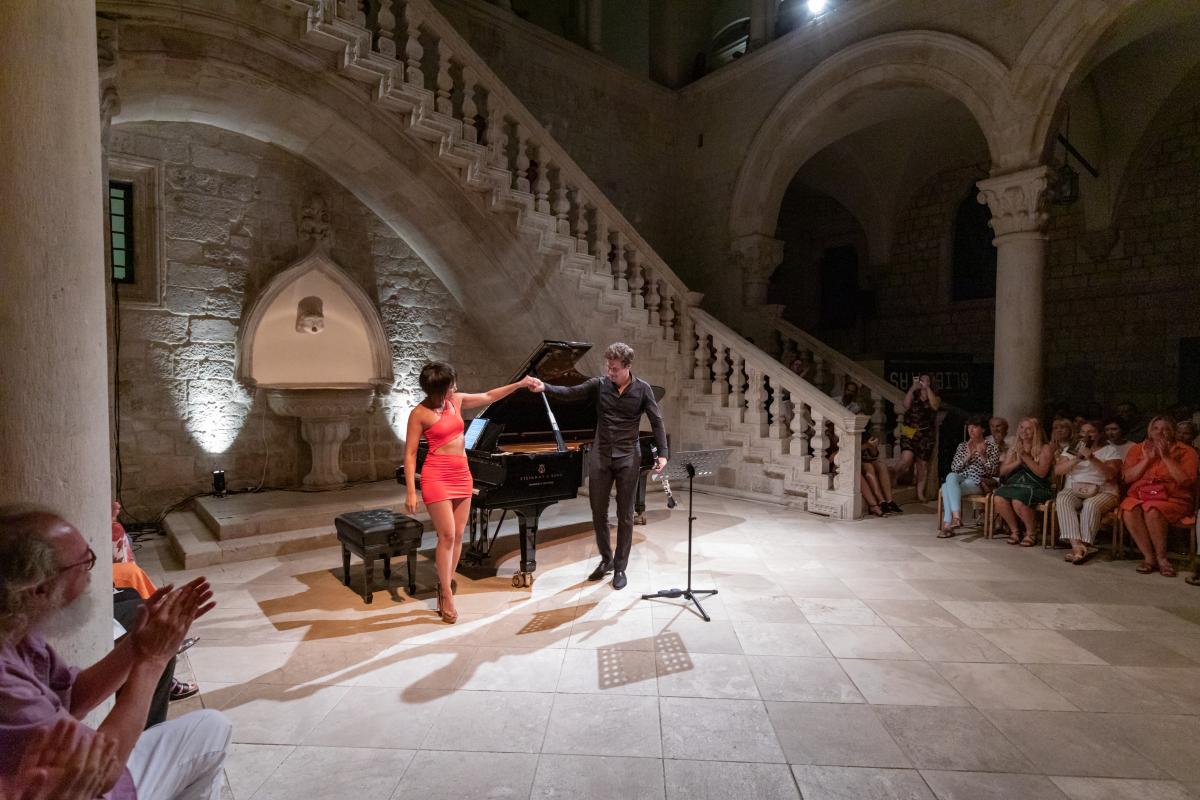 Critically and publicly acclaimed pianist Yuja Wang, known for her prodigious piano skill and captivating stage presence, was named by Musical America as Artist of the Year in 2017. Her international breakthrough came in 2007 when she replaced Martha Argerich as soloist with the Boston Symphony Orchestra which led, two years later, to her signing an exclusive contract with the esteemed German classical music record label Deutsche Grammophon. Since then, through a stream of critically acclaimed performances and records, Wang has established herself as one of the world’s top pianists. Last night's performance was her first at the Festival and first-ever in Croatia as well. Her partner-in-music at the concert was the Austrian clarinettist Andreas Ottensamer who has performed at the last year’s 69th Festival, winning over audiences and critics alike with the singular beauty of sound that he coaxes from the clarinet. Since 2011, Ottensamer is principal clarinettist with the Berlin Philharmonic. As a soloist, meanwhile, he performs in some of the most renowned concert halls around the world with esteemed orchestras such as the Berlin Philharmonic, the Vienna Philharmonic, the Rotterdam Philharmonic, the Tokyo Metropolitan Symphony Orchestra, the Seoul Philharmonic and many others. Among the countless successes in the already quite illustrious career of the young clarinettist is the exclusive contract with Deutsche Grammophon which Ottensamer signed in 2013 – the first-ever clarinet soloist to do so. For his second album, Brahms - The Hungarian Connection, Ottensamer received in 2015 the ECHO Klassik Instrumentalist of the Year award. In March 2019, Ottensamer and Wang released an album together, titled Blue Hour, published by Deutsche Grammophon.