Home/ / Dubrovnik on a Rock of Music 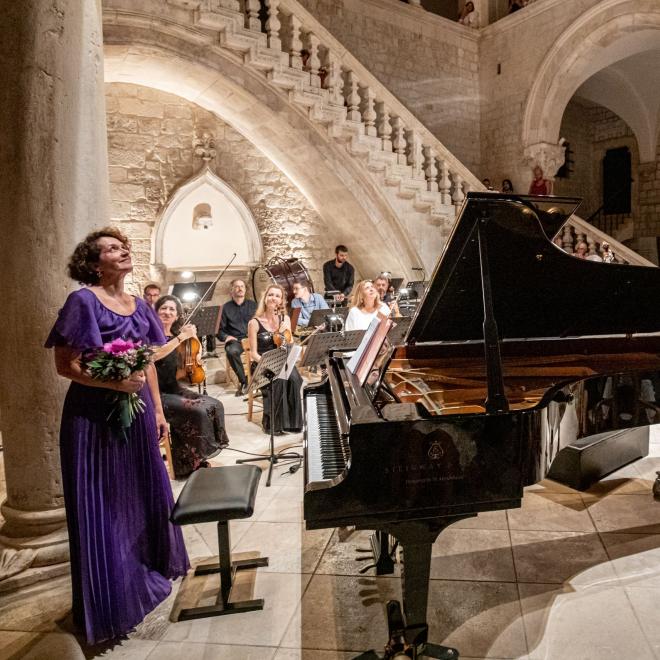 The Dubrovnik Rock Music Program will bring together an exciting ensemble of top Dubrovnik musicians, members of distinguished orchestras and accomplished soloists, many of whom have achieved notable international success.

Dubrovnik on a Rock of Music is a continuation of a programme concept which has been described as follows by the Dubrovnik Summer Festival’s Assistant Director for music programme and the conductor of the concert, Tomislav Fačini:

There aren’t many series that successfully maintain their quality in each sequel, let alone outdo the previous one. This, however, holds true for the era when film, and not TV series, was the leading format: We still remember Jaws 1, 2, and 3, Home Alone 1−5, as well as some film directors with an ambition to keep filming until they reached number 365… It is not our intention to arouse such emotions with some of the final episodes of Dubrovnik on a Rock of Music to make Dubrovnik burst into flames, but we do hope that this edition of our concert series, thanks to accomplished musicians who will perform as soloists and chamber musicians, and the carefully selected programme, will spark a few flames in the audience. About a century ago, Schönberg’s Society for Private Musical Performances set standards for arranging large-scale works for small ensembles; last year we heard Mahler’s settings of Friedrich Rückert’s texts and this year I arranged the Songs of a Wayfarer and Prelude to the Afternoon of a Faun in a similar manner. These works had already been arranged by the aforementioned Society, but our ensemble is richer, more versatile and colourful and the two arrangements were written specifically for the Dubrovnik Summer Festival and the ensemble and musicians you are about to hear.