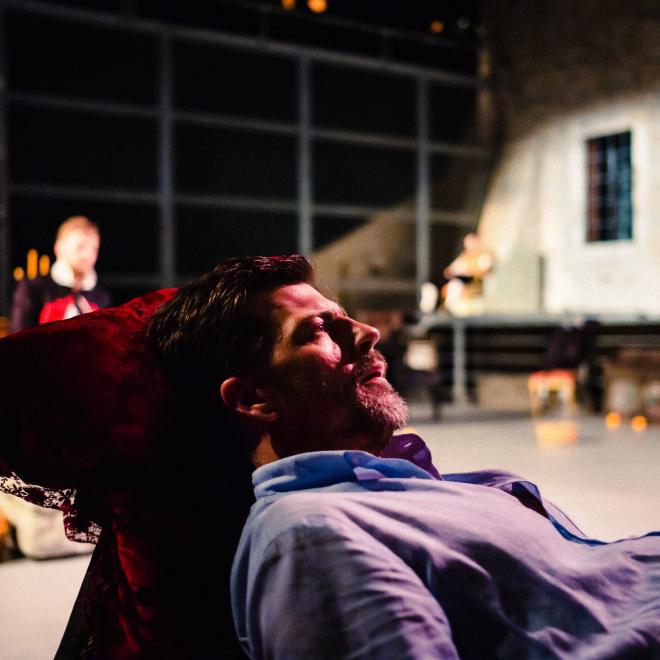 Premiered on 20 August 2021 at the 72nd Dubrovnik Summer Festival.

- “Orlando” Award – for best achievement in the drama programme

Lion House portrays Dubrovnik as a place where burdened history and burlesque transition clash. It is based on Ivan Salečić’s debut novel ‘Lion House’, in which the author intertwines two stories about Dubrovnik’s present and past, focusing on the Gundulić family history. Salečić created a unique novel in which fiction and faction coexist and our ideas about the glorious past are broken against the harsh reality of everyday life. The present-day bitter-humorous complications surrounding the purchase and restoration of an apartment in the historic city core are complemented with an interesting and engaging history of Dubrovnik, above which looms the grim fate of the Great Earthquake.