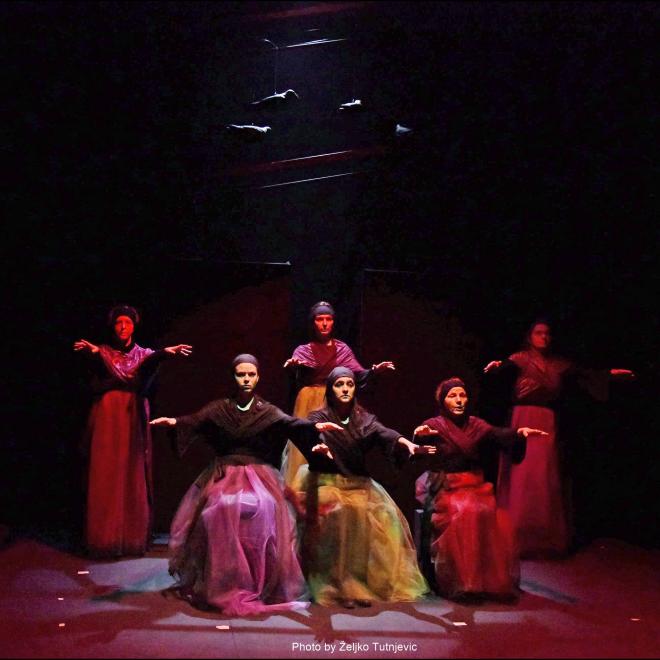 The play premiered on 30 November 2021 on Lero's Lazareti stage in Dubrovnik with the support of the City of Dubrovnik and the Croatian Ministry of Culture and media.

The Lero Student Theatre was founded in Dubrovnik in 1968 at the initiative of Feđa Šehović. During the fifty years of its continuous activity in a city of rich cultural heritage which hosts a renowned international festival and numerous art institutions, Lero has established itself as special, different and authentic theatre with its distinctive performative adventures, repertoire and poetics. For years it has been one of Croatia’s top alternative theatres and contemporary performative practices. Its rich and varied repertoire includes the works of Ruzante, Terentjev, Beckett, Ionesco, Rozewicz, Witkiewicz, Ivšić, Brecht etc. as well as an intriguing selection of drama, poetry and other writings from Dubrovnik’s rich heritage, including authors such as Držić, Vojnović, Bošković, Gleđević and contemporary authors Paljetak, Milišić, Šehović and Mojaš, who has authored around thirty projects in recent years. Lero Student Theatre has performed internationally (Austria, Poland, Italy, Greece, England etc.) and they have regularly participated in Croatian theatre and art festivals for years. They have received numerous awards, accolades and positive reviews from critics and audiences.