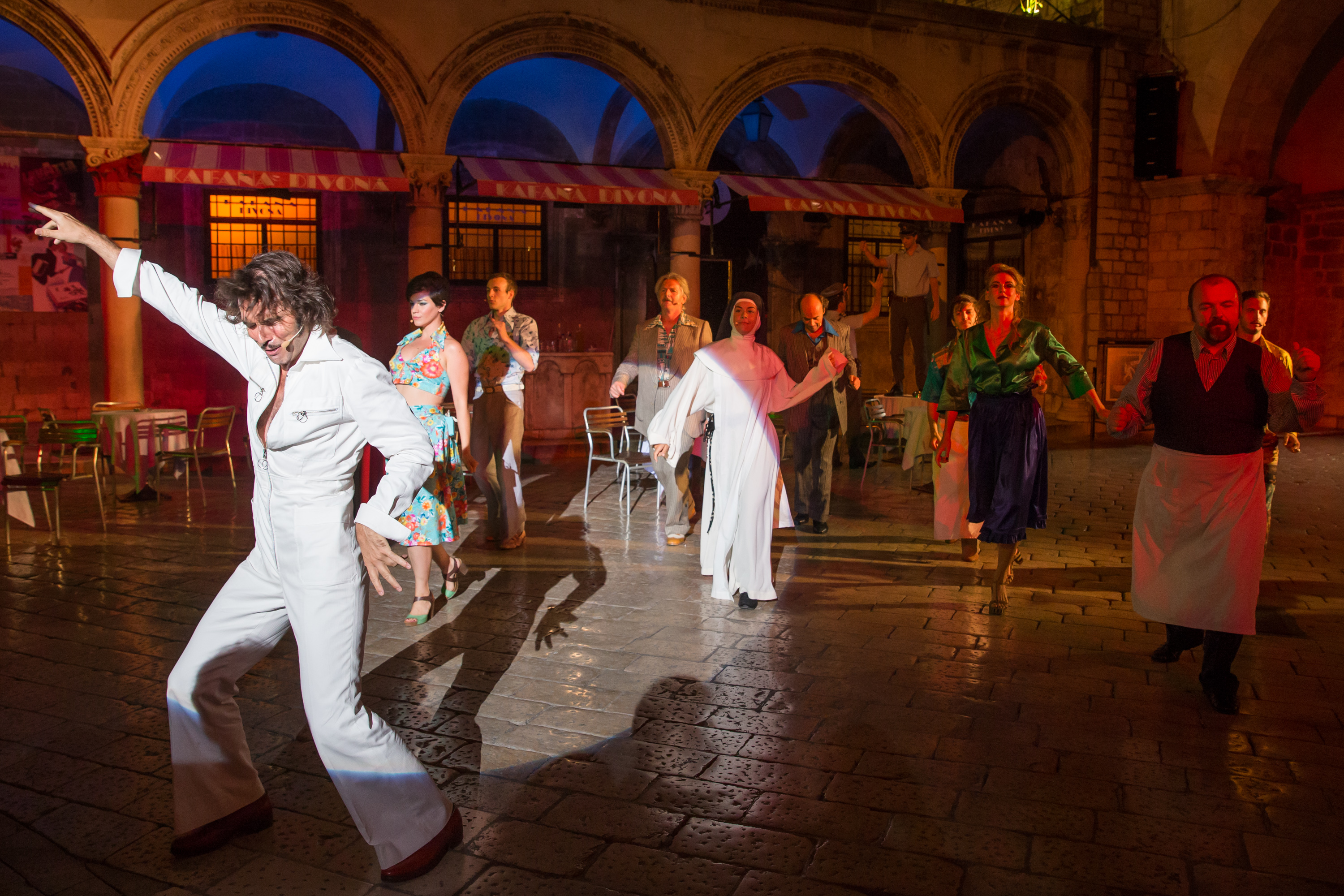 Last years hit play „La bottega del caffè“ directed by Vinko Brešan and performed by the Festival Drama Ensemble, is on the repertoire of the Dubrovnik Summer Festival again, on July 25, 26 and 27.

According to the dramaturge Mira Muhoberac plot takes place in the summer of 1978, the same year the play was first performed at the Dubrovnik Summer Festival. The play is directed by one of the most prominent Croatian film and theater directors, Vinko Brešan whose comedies get highest ratings in Croatian cinemas and theatres and who won different prestigious awards at home and abroad. The innkeeper Frano named his caffè bar Divona, which is the former name of Sponza Palace. Mate Matišić did the music, Ana-Marija Bogdanović choreography, set design was done by Marin Gozze, costimography by Doris Kristić and light design by Rade Stamenković.

„La Bottega del caffè“ premiered on June 31st at the 67th Festival and had two dressed rehearsals and six performances altogether, having the last one additionally added to the programme because of the exceptional interest of the audience. This was a sure sign that „La Bottega del caffè“ will be on this years programme, as well. The performance won the heart of Dubrovnik people, while memorable replicas and songs from the play were repeated all over the streets of Dubrovnik, showing that the audience liked the show, and this year, even foreign visitors can also enjoy the show, which will be subtitled in English via the vipscript app for real time subtitles. 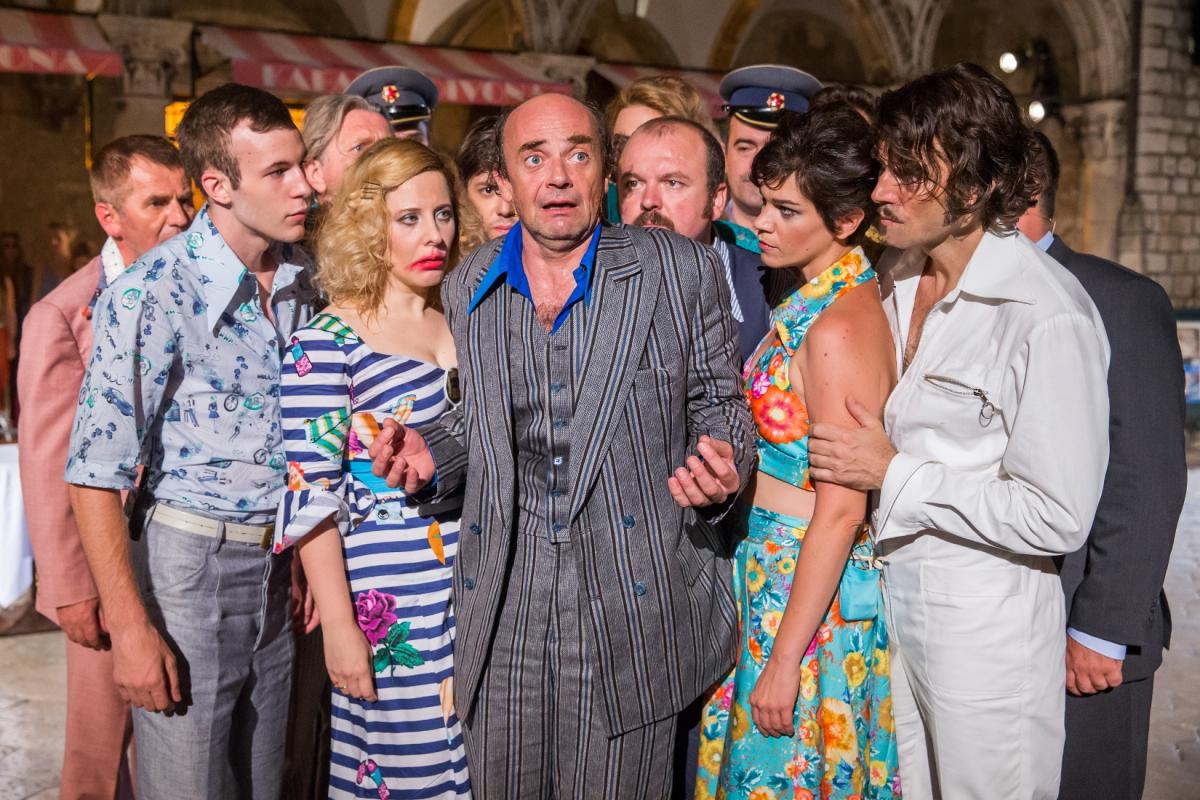