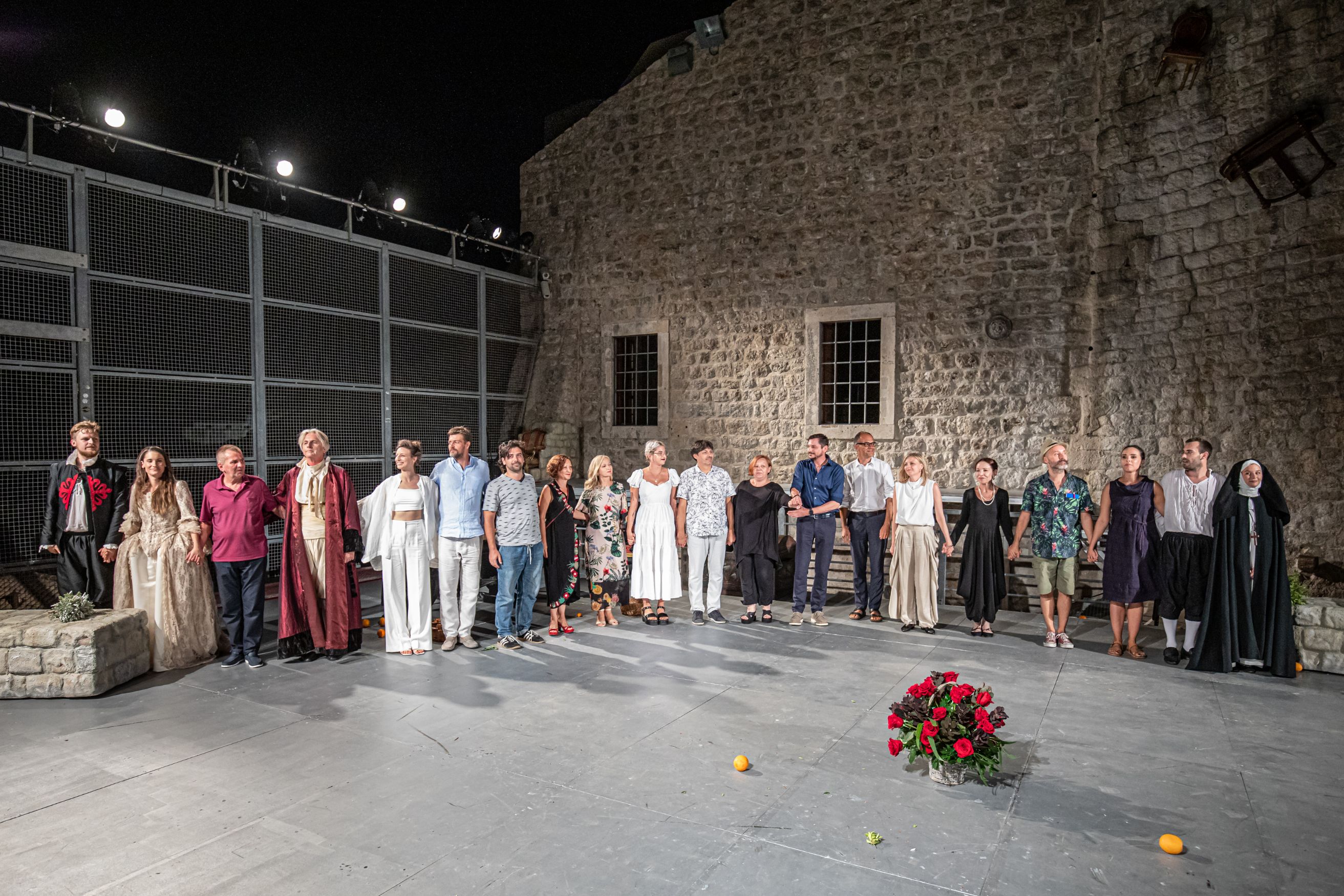 The second drama premiere at the 72nd Dubrovnik Summer Festival is the play Lion House, based on an eponymous Ivan Salečić novel which sees Dubrovnik as a place where burdened history and burlesque transition clash. Aadapted for stage by Marijana Fumić and directed by Aida Bukvić with performances by the always brilliant Festival Drama Ensemble, Lion House premiered last night, 20 August on the playground under Minčeta Fort. 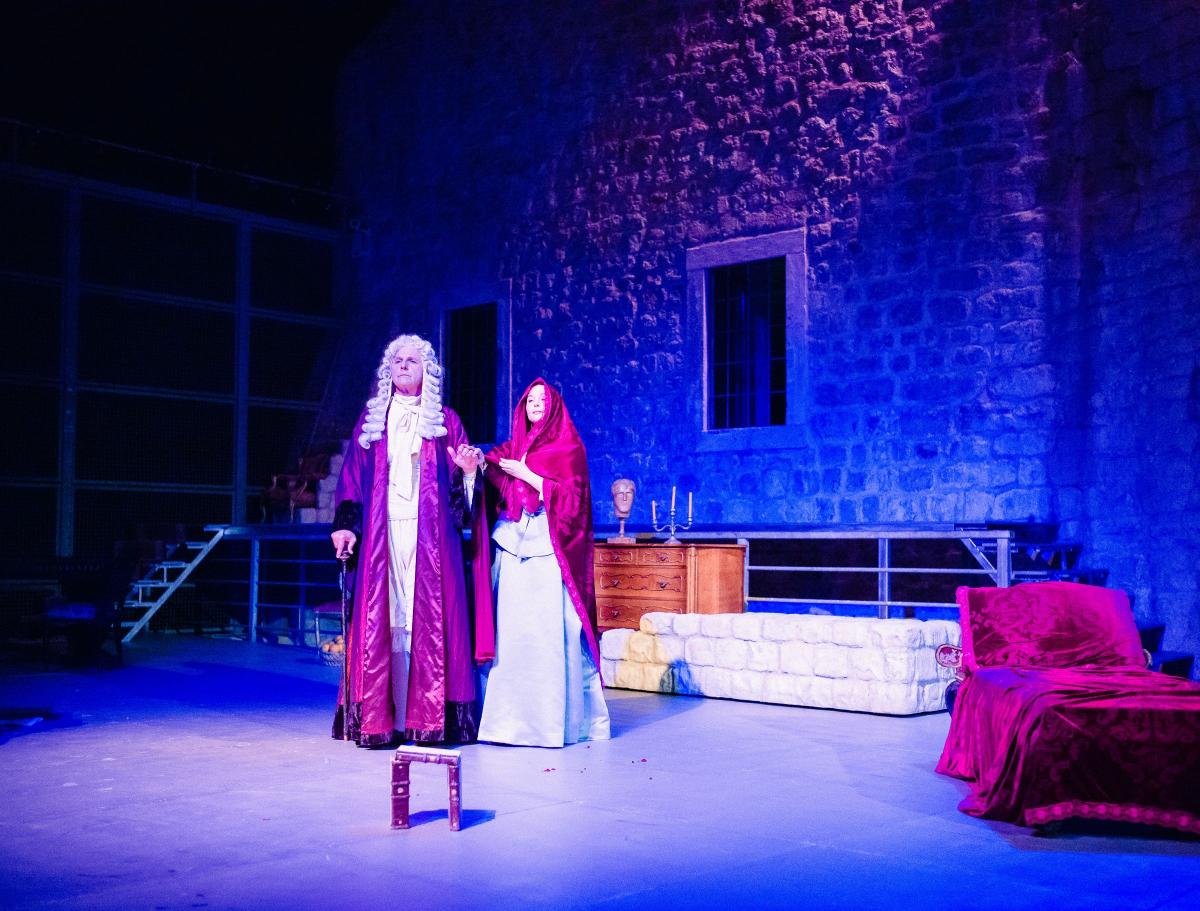 Two stories are intertwined in Lion House, one about contemporary Dubrovnik which presents present-day bitter-humorous complications surrounding the purchase and restoration of an apartment in the historic Dubrovnik city centre and the other about Dubrovnik of the long gone past, with an emphasis on the great Gundulić family and an engaging history of the City, above which looms the grim fate of the Great Earthquake. The Ivan Salečić novel was transformed by dramaturge Marijana Fumić and director Aida Bukvić into a stage masterpiece which won over the audiences at the last night’s premiere. A long thunderous applause called to bow the cast and the creative team several times.

The play is directed by Aida Bukvić while Marijana Fumić did the adaptation and dramaturgy. The rest of the creative team are Ivo Knezović set design, Blaženka Kovač-Carić stage movement and Mirjana Zagorec costume design. Lighting design is done by Martin Šatović while Maro Market created the music. The director’s assistant is Antonela Tošić, Pietro Boban is assisting the set designer and making original paintworks, with Timo Škrlec doing the sculptures. The Festival Drama Ensemble includes: Amar Bukvić as Ivan, Iva Kraljević as Vanja, Jadranka Đokić as Laima and Nika Gundulić, Dražen Šivak as Šeh, Branimir Vidić – Flika as Nikša, Maro Martinović in the role of Ivan Gundulić, Doris Šarić-Kukuljica as the Professor and Luce, Romano Nikolić and Marin Klišmanić as Ivan Gundulić’s sons Šiško and Mato, with Veronika Mach as their sister Džive and Gloria Dubelj as Kata. 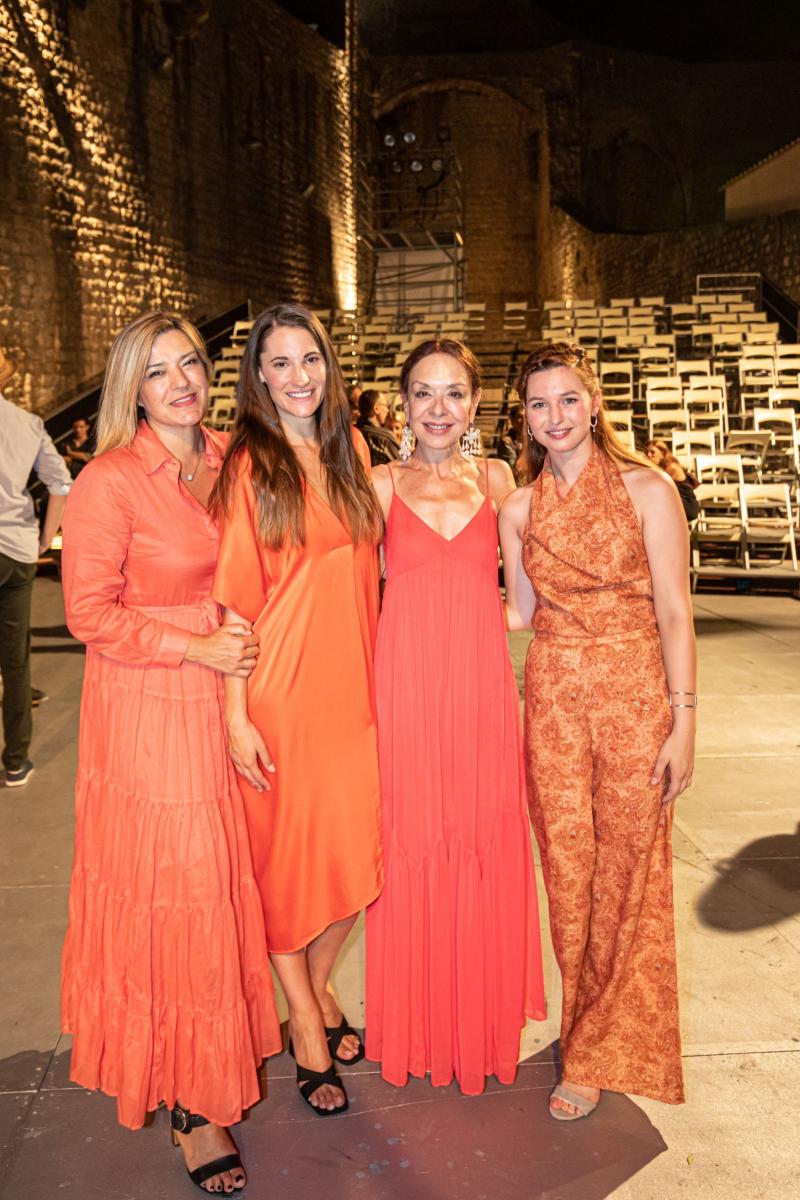 The play is on the 72nd Festival programme for four more days: 21 and 23 August at 9.20 p.m. and 22 and 24 August at 10 p.m. Audience entrance is at the Buža gate. Tickets for the play, sponsored by OTP Bank, are available at the Festival’s website www.dubrovnik-festival.hr or via www.ulaznice.hr ticketing service, and at the box office of the Festival Palace (Od Sigurate 1) every day from 9am to 9.30pm. The play is subtitled in English.