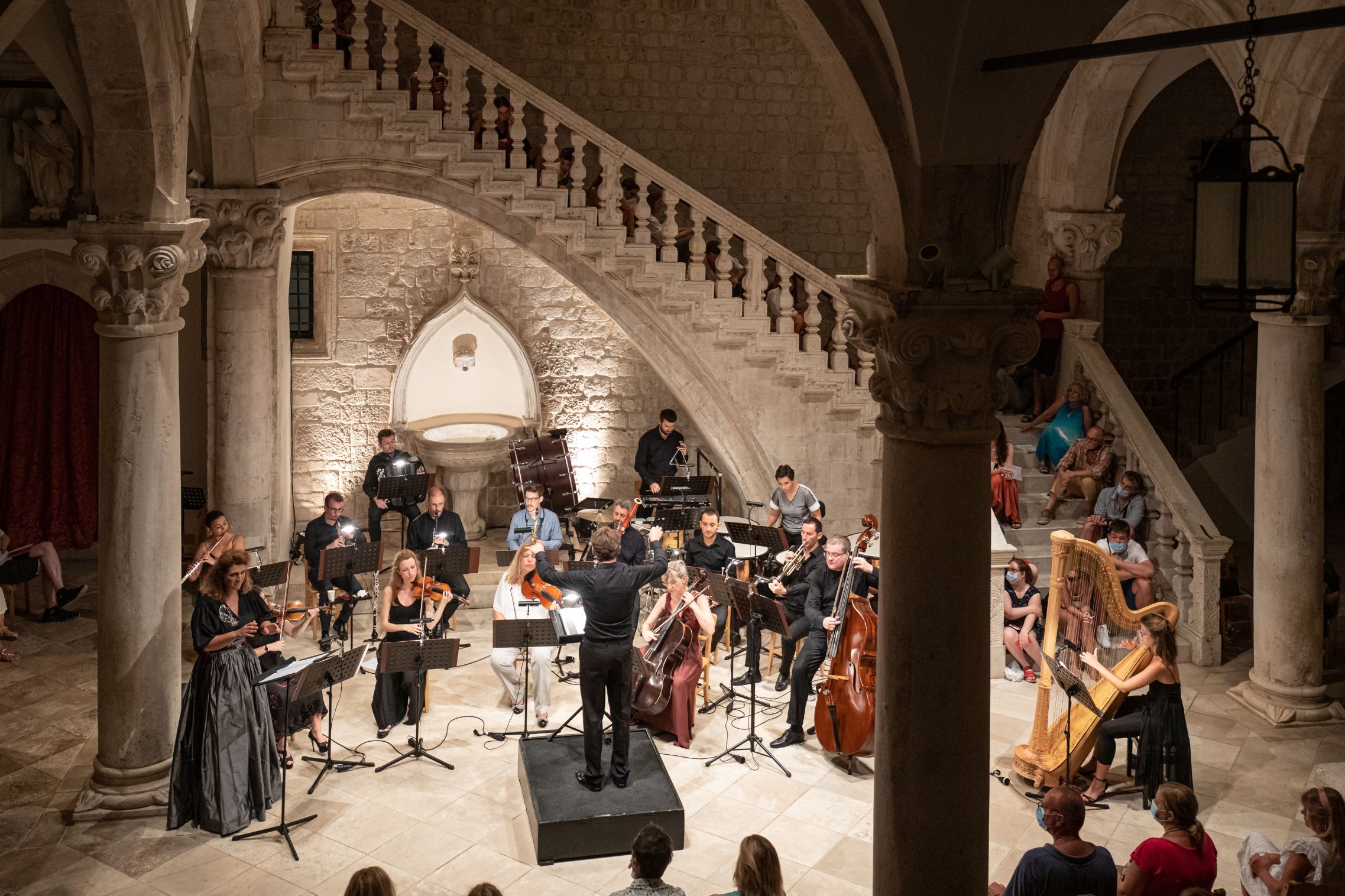 Dubrovnik musicians gathered under by the unique music programme Dubrovnik on a Rock of Music, with soloists Đive Franetović Kušelj on the flute and mezzo-soprano Dubravka Šeparović Mušović, all under the baton of Tomislav Fačini, will be performing tonight, 22 August at 9.30 p.m. in the Rector’s Palace Atrium, works by Ravel, Hindemith, Osghian and De Falla.

Dubrovnik on a Rock of Music gathers leading Dubrovnik musicians of an unusual selection of instruments and distinct personalities who show that they, the artists, are Dubrovnik’s musical rock that preserves the City’s rich cultural tradition and maintains its vitality. This unique music programme has been held since 2018, when it presented a chamber-soloist programme under the title Dubrovnik in Tune, Sailing, and this year, the ensemble under the direction of Tomislav Fačini consists of the pianist Ivan Violić, violinists Mirabai Weismehl and Lorena Milina, violist Lidija Martinović, cellist Vanda Đanić , double bassist Denis Ajduković, flautist Nikolina Pervitić, trumpeter Ivan Kušelj, hornist Toni Kursar, bassoonist Matija Novaković, clarinetist Stijepo Medo, saxophonist Lovro Merčep, harpist Veronika Ćiković, accordionist Stjepan Vuger and percussionist Karmen Pervitić. They will be joined by soloists Đive Franetović Kušelj on the flute and mezzo-soprano Dubravka Šeparović Mušović. 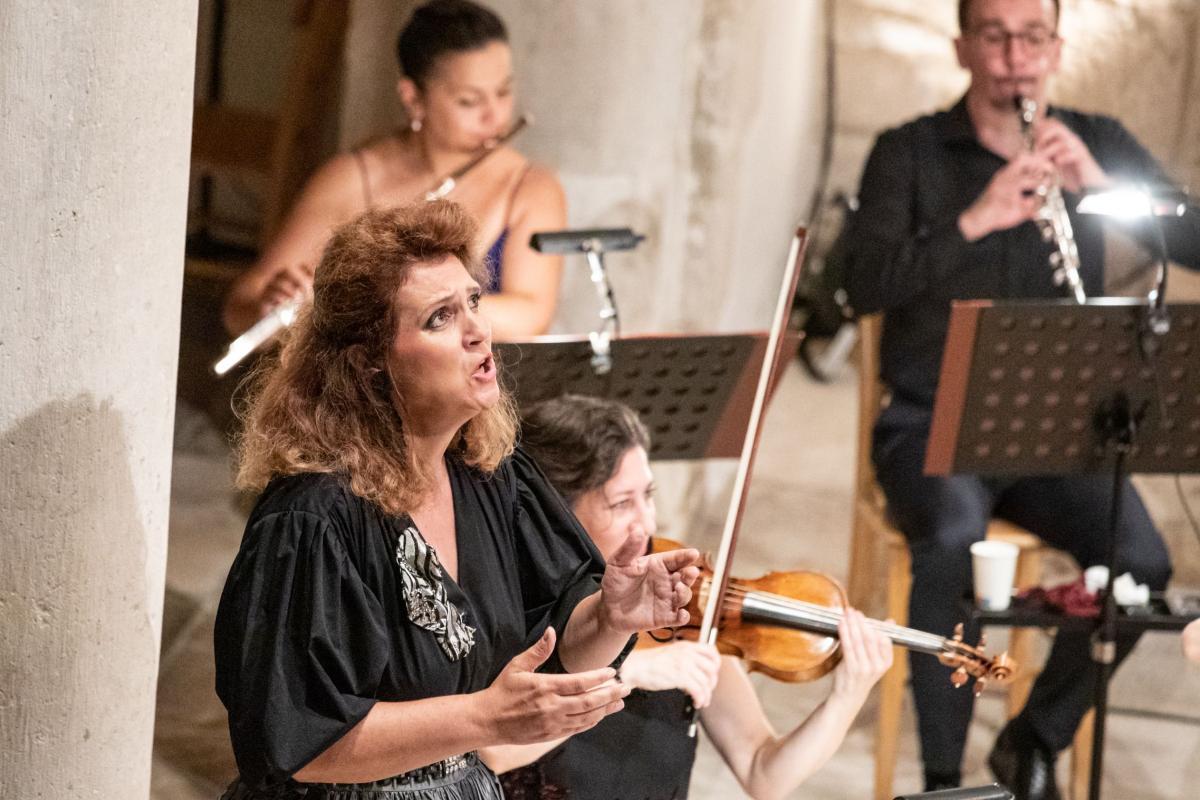 The concert will open with Chamber Music 1, the first of eight chamber pieces by the German composer Paul Hindemith dedicated to the Prince of Fürstenberg, which represent Hindemith's most successful instrumental works of the 1920s. The ensemble will be joined by flutist Đive Franetović Kušelj, winner of numerous awards and honours as well as this year's laureate of the City of Dubrovnik with the Sorkočević Quartet, in the performance of the Suite concertante for flute and string orchestra composed by the Dubrovnik composer Petar Osghian, a piece that the Dubrovnik audience does not have the opportunity to hear often, and which was performed for the first time in Dubrovnik in 1959. After the fairy-tale like composition by the Basque-French composer Maurice Ravel Mother Goose in the maestro's arrangement, national opera principal and this year's winner of the Vladimir Nazor National Award, mezzo-soprano Dubravka Šeparović Mušović will end the concert with Seven Spanish Folk Songs, the most popular work of one of the most important Spanish composers of the first half of the 20th century, who managed to raise simple folk melodies to a higher artistic level, Manuel De Falla. After Bach's works, it represents one of the most transcribed cycles, and the festival audience will hear it in maestro Tomislav Fačini’s arrangement. 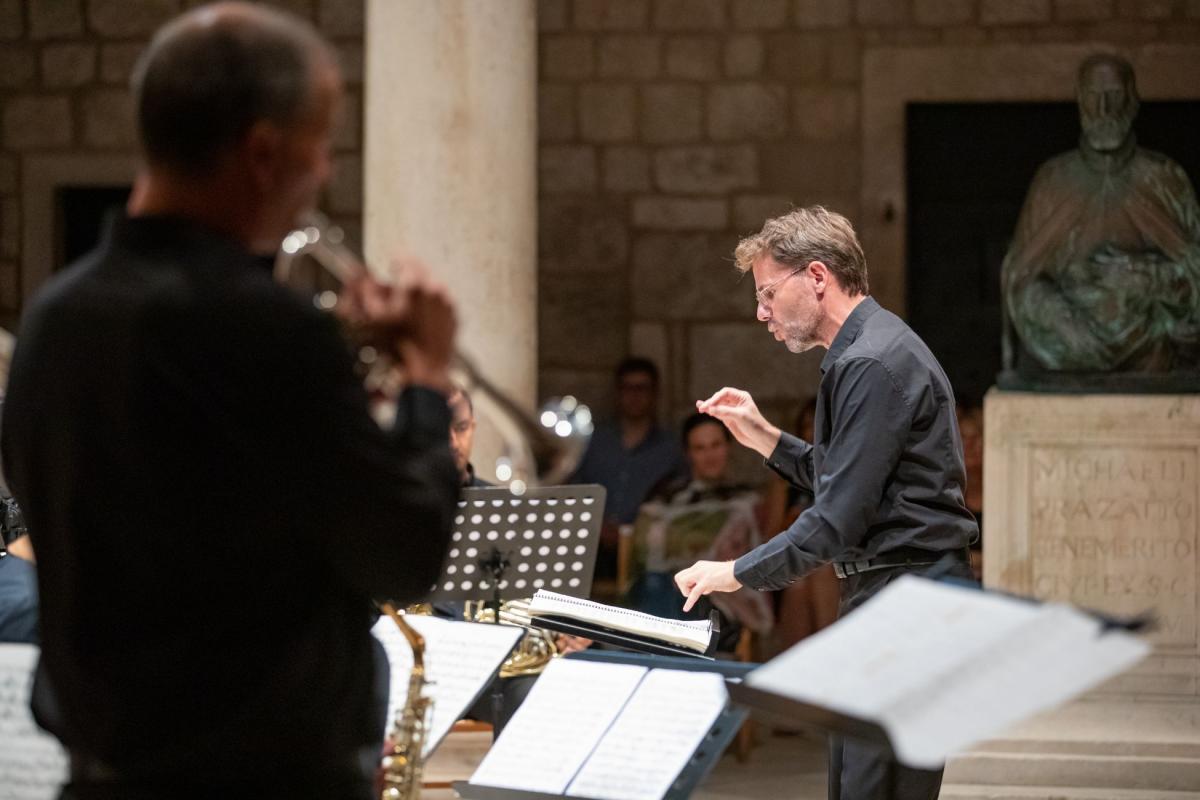