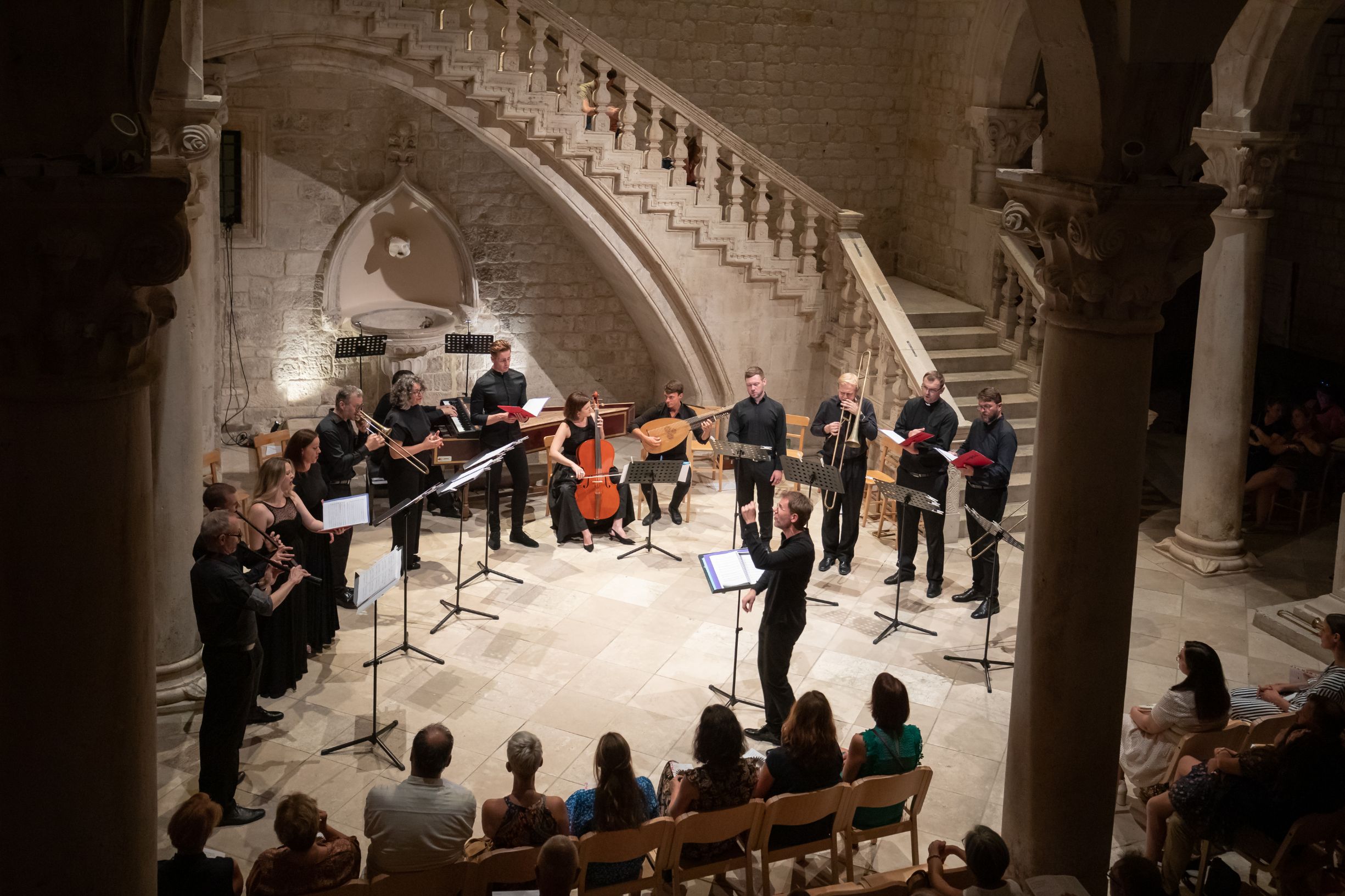 The esteemed Antiphonus vocal ensemble hosted an international ensemble based in Germany, Concerto dei venti, last night, 11 August, in the Rector’s Palace Atrium, and together they brought all the magnificence of the baroque to the audience through a great harmony of voice and instruments. 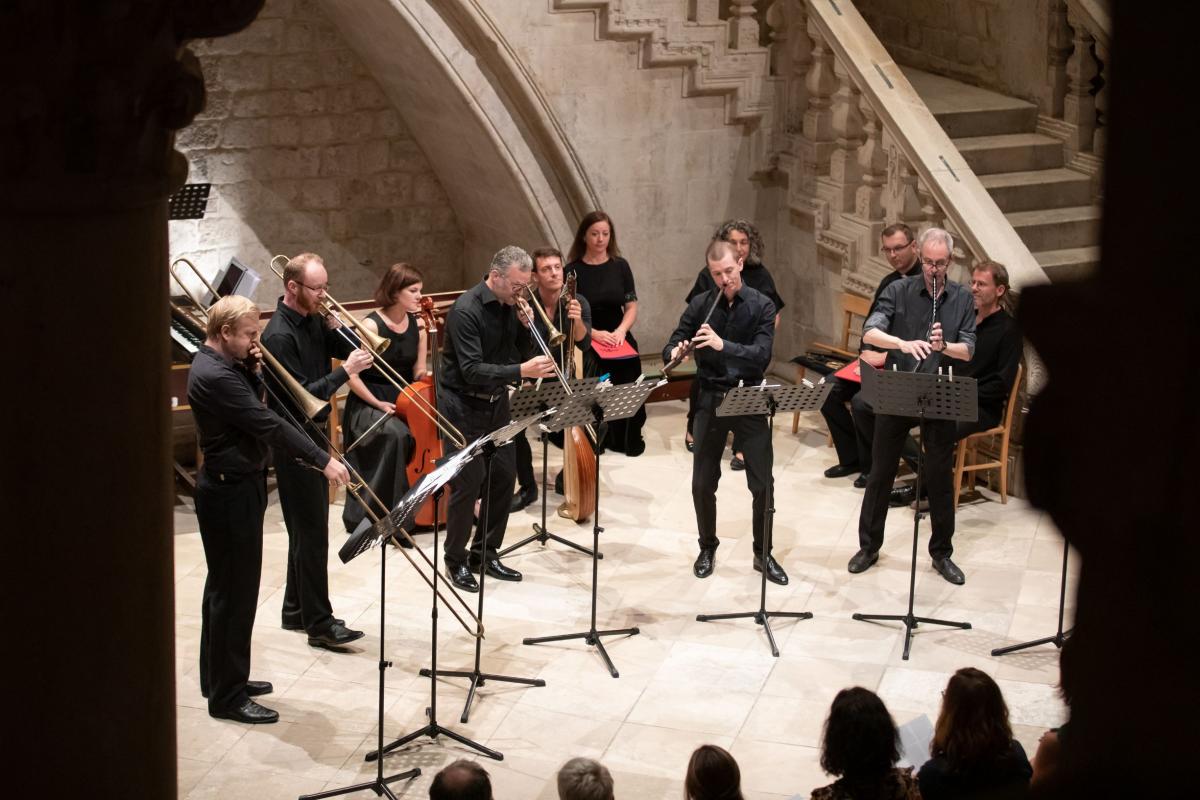 The cultivated programme anchored in poetry, and built on the imposing foundations of Bach-Monteverdi, began on a lively note with Samuel Scheidt's Canzon Bergamasca, a composition based on the traditional dance of the Bergamo region while Bach's motets, first the coloratura Singet dem Herrn, then the sumptuous Lobet den Herrn, and the almost longing O Jesu Christ meins Lebens Licht, the full and radiant sound of which was carried by Antiphonus, were separated by Gabrieli's unobtrusively sublime Canzon a 5. A flood of madrigals enchanted the audience, who accompanied each with wholeheartedly satisfied applause, starting with Johann Schein's Die mit Tränen säen, through the indispensable Monteverdi and his Ecco mormorar l'onde and Hor che il ciel e la terra, as well as da Palestrina's Io son ferito which was arranged by Doron Sherwin, Concerto dei venti’s cornetist. Voices and instruments blended harmoniously and softly, filling the Palace with a breath-taking baroque magnificence for which the atrium seems to have been tailor-made, all thanks to the impeccable artists of both ensembles who performed convincingly strong individually, but also achieved perfect harmony to the great satisfaction of all gathered, judging by the cheers of “Bravi!” and a hearty applause. The musical triumph was underlined by the musical addition with which they treated the audience, the beautiful Marian admiration Nelle tue braze by the Renaissance composer Filip Vranjanin. 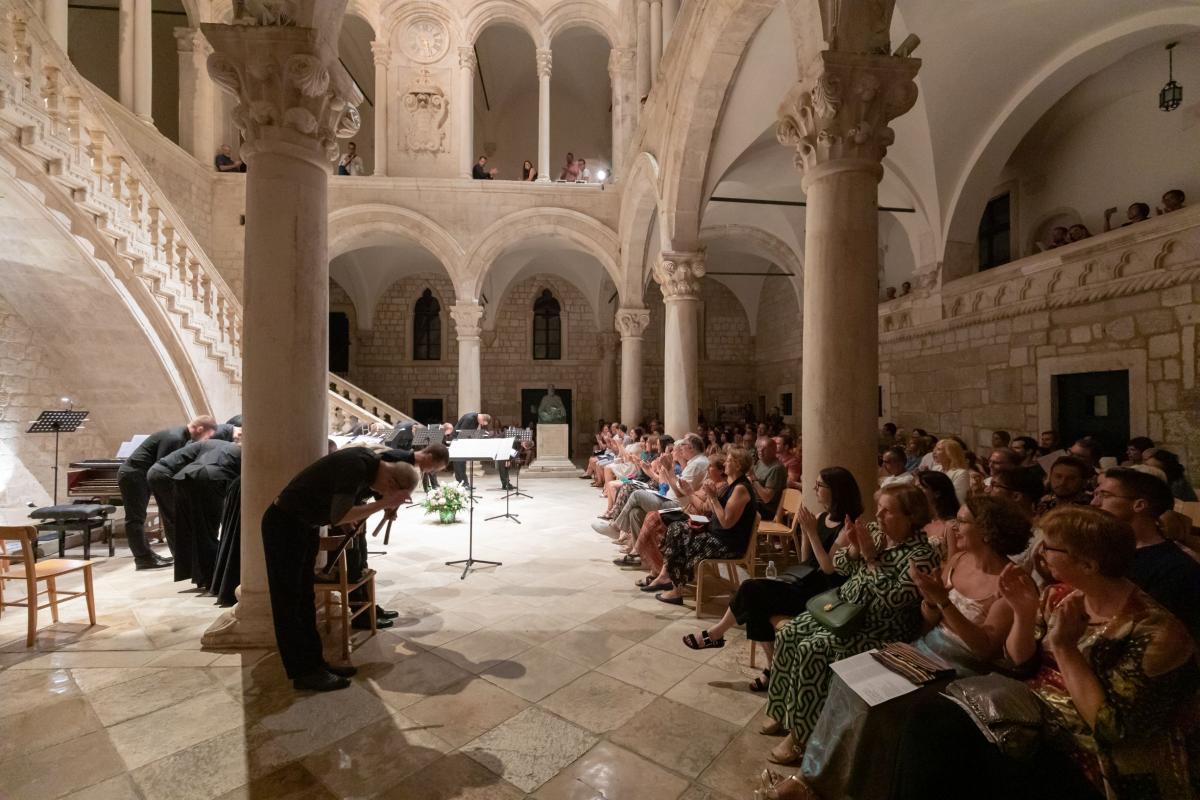 The 73rd Dubrovnik Summer Festival music programme continues in the Rector Palace tomorrow, 13 August at 9.30 p.m., when Miloš Karadaglić, big name of in the world of classical guitar, will present himself to the Festival audience with a programme entitled Homage to Segovia.