Hornist Radovan Vlatković once again impresses with his virtuosity 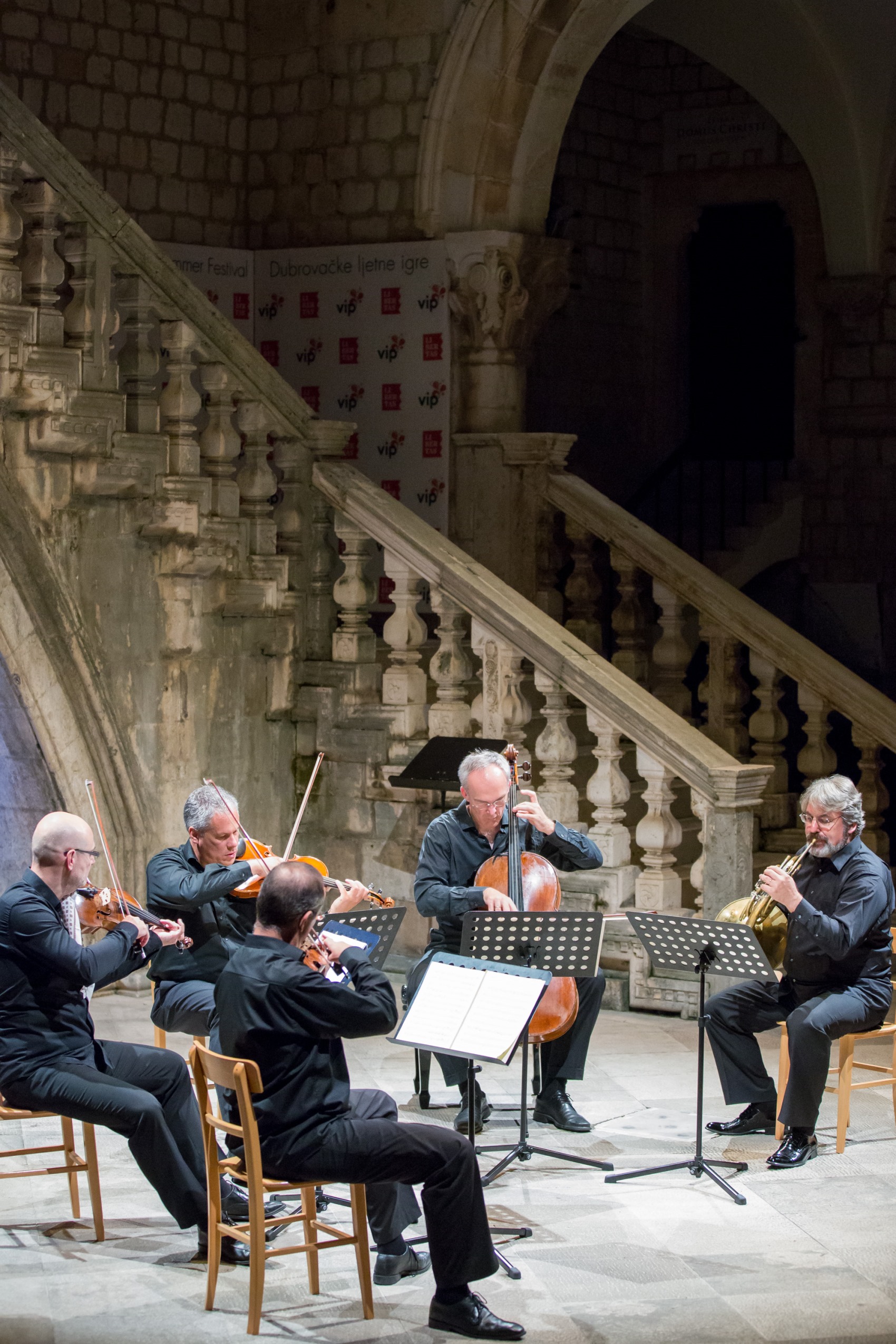 As part of the music program of the 65th Dubrovnik Sumer Festival, one of the world’s best hornists and winner of the Orlando award, Radovan Vlatković, along with the Mozarteum Quartet from Salzburg and baritone Krešimir Stražanac, performed a concert with the name Classicism, Romanticism & Lyricism last night, 22nd August, in the Rector’s Palace atrium.

The program was opened with W. A. Mozart’s Divertimento for a string quartet, which served as the ideal interlude for a display of hornist Radovan Vlatković’s skills, which he showed in the following piece, Quintet for horn, violin, 2 violas and cello in E flat major, also by W. A. Mozart. This world-renowned and prized favorite of the Festival’s audience, who also performs as a soloist all around the world with many famous world symphony and chamber orchestras, impressed everyone present with his skill and the ease with which he plays the horn, which the audience awarded with a big applause at the end of the first part of the concert. The second part of the concert was opened with Lyrical Scene for baritone, horn and string quartet by Croatian composer Natko Devčić, whose 100 year anniversary of birth is celebrated this year. The audience gave this unusual piece its attention and interest, and baritone Krešimir Stražanac, who first presented himself to the Festival’s public last year, showed great diction and a beautiful tone of voice while performing, which melded with the music and beautiful lyrics by Josip Pupačić – to which the piece was composed – wonderfully. As the last piece on the program, the String Quartet No. 1, in D major by P. I. Tchaikovsky was played, giving the members of the Mozarteum Quartet the chance to show their own quality and skill, which Géza Rhomberg, Milan Radič and Marcus Pouget did masterfully, led by Markus Tomasi, who is also the Concert-master of the Salzburg Mozarteum Orchestra, concluding a beautiful musical evening in the Rector’s Palace atrium. 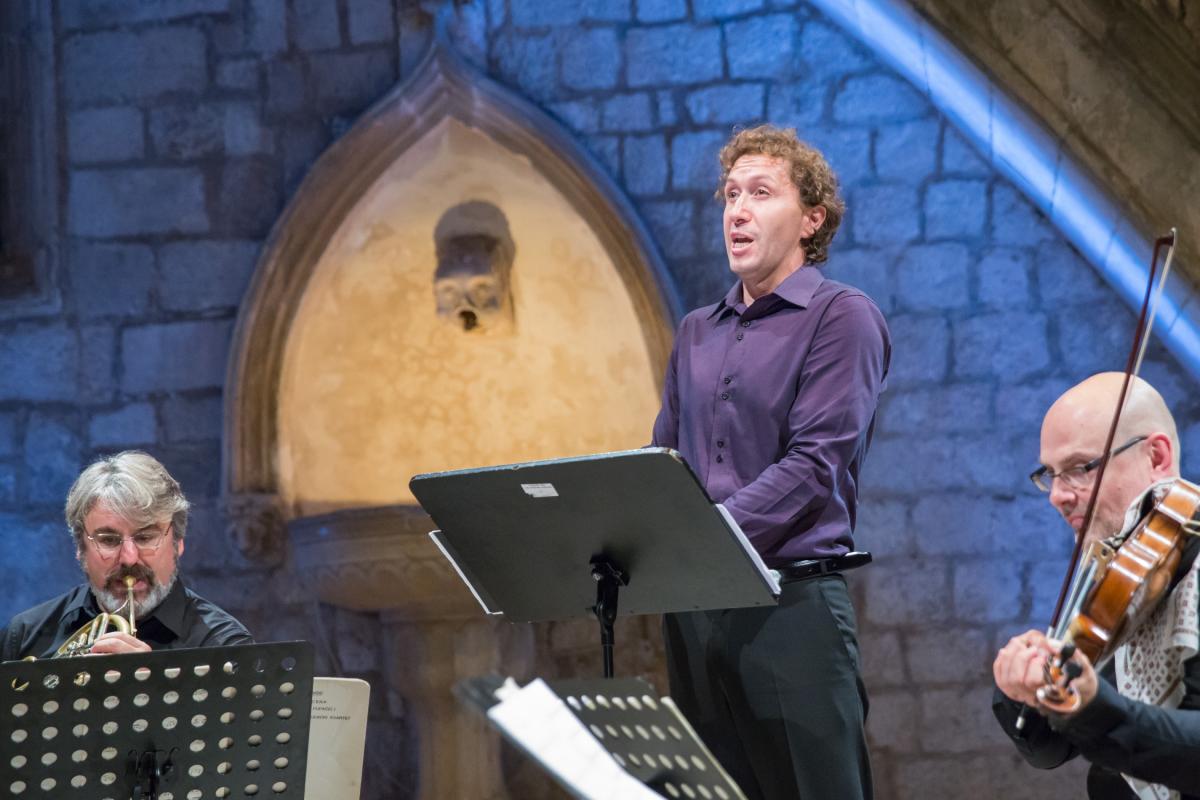