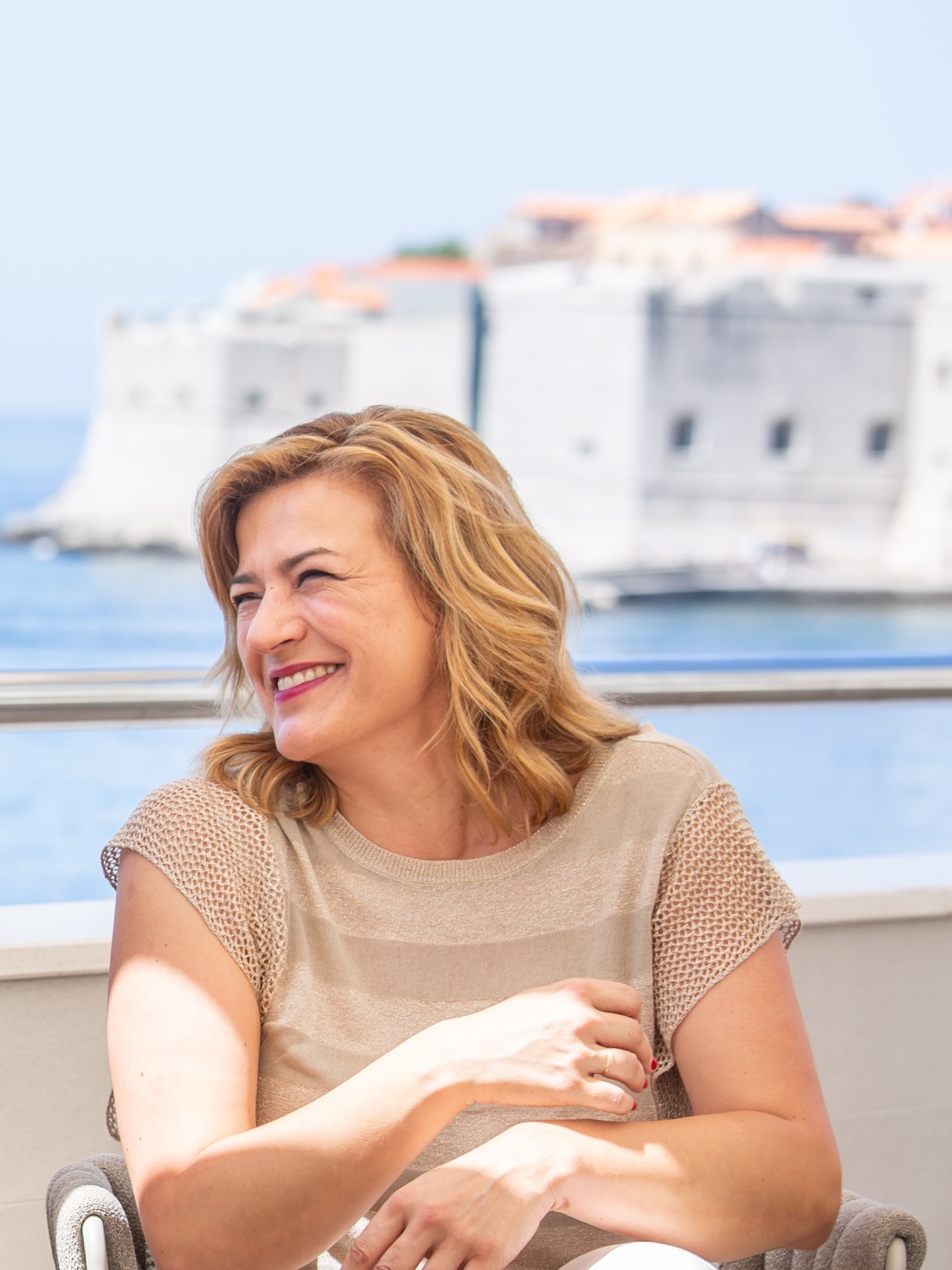 The Republic of Ragusa was one of the great city states of mediaeval and Renaissance Europe, maintaining its independence through clever diplomacy for half a millennium and preventing Venice or the Ottomans from completely dominating the Adriatic. It valued liberty very highly, demonstrating it by being one of the first places in the world to formerly abolish slavery, in 1418, and incorporating the word into its flag. Like Monaco it was overshadowed by cliffs behind it and looked to the sea for all its wealth. Even its name looked two ways. Ragusa (not to be confused with its namesake in Sicily) was what you called it if you arrived as a trader from the rest of the Mediterranean, Dubrovnik – the city by the water – if you were a Slav making your way overland.

That sense of freedom and balance, only just part of the Balkan mainland and thoroughly attuned to the currents of the outside world, has defined its festival too. After the Second World War, Dubrovnik was one of Yugoslavia's great showcases, a sophisticated tourist destination at a time when the communist country was keen to present itself as different from those behind the Iron Curtain. The city's glorious ancient architecture made it an obvious place to hold a festival.

From the start in 1950 the same diplomatic balance that had characterised the old Ragusan Republic was applied to the programme: a balance between the Eastern and Western blocs, between local and foreign performers, between old and new, indoor and outdoor and – most significantly – between theatre, dance and music. So the great names of world dance, like Martha Graham, Jerome Robbins and Maurice Bejart appeared, as did the musicians from both sides (Oistrakh and Stern, Rostropovich and Van Cliburn, Sviatoslav Richter and Paul Tortellier) and those who had fled the East and would have found it impossible to return safely to any other communist country, for example Henryk Szeryng and Vladimir Ashkenazy.

Dora Ruzdjak Podolski, who is in her first season as Artistic Director, feels this balance is reflected in her own career too. She describes herself as “a director for the stage across all genres: drama, opera, musicals, operetta and children's theatre.” But while she opted for the stage, falling in love with theatre at the age of fifteen, music would have been a more obvious path. Her grandfather was an opera singer, her mother an oboist and her father a composer.

The story of the festival reflects the story of the city itself over the last sixty-eight years. “The festival was built on a political strategy,” Dora tells me, “a strategy of Yugoslavia as the buffer zone and it was just as important for the East as for the West to have a meeting place.” With the collapse and disintegration of the country after 1989 that raison d'être no longer applied and the festival struggled to cope. The days of attracting the world's greatest seemed past, the local performers were hemmed in by war and the audience, like the tourists, faded away.

It struggled even more after the city was bombarded from the cliffs during 1991 – 92. I remember the city well in the years after that vicious war and the sense of helpless desperation it left. Nonetheless, as the 1990s wore on the city was repaired (with much of the credit owing to the lobbying and fund-raising efforts of Francesca von Habsburg) and the festival began to find its feet again. Gradually the visitors returned and the Festival today sees its collaborations and partnerships with Serbian and Montenegrin artists and institutions as a demonstration of the power arts can have in reconciliation and peace building.

The artistic balance this century has been a little different as Croatia itself has stabilised and sought to improve its finances but now Dora feels the confidence and the energy that the festival had in its first quarter century is up to the same level again. “Perhaps the biggest achievement,” she says, “is having kept the site-specific policy. We have over a hundred and forty venues, including the sea, and we are still finding new ones. It is not a festival that happens in just a few 'normal' theatre places. We are really proud of this. And we have kept our own drama ensemble. This is a treasure artistically because it means we can produce work that really explores the surroundings and the context. And then we can contrast that with the productions we bring in from outside.”

Dora feels the festival has to give more attention to renewing its public. “Our new mission highlights the attracting of new audiences and the promotion of young generations of artists, so this year, for the first time, the festival has an audience development programme, City Keys, including interdisciplinary and educational events for citizens, tourists and very importantly – kids.” Next year (2019) Dora wants the focus to be on a new production of Hamlet, “because that work flows all through the history of the festival – but we want to give it a really fresh interpretation in traditional location of Fort Lovrjenac, both historically and culturally.”

The list of venues shows the festival using not just the public buildings and spaces of the town but its forts and beaches, playgrounds and harbour. The Summer Villa built by the Bunic family in 1520 hosts the vocal and violin masterclasses. The audience will travel by boat across to the nearby Island of Lokrum where the theatre productions of Black Mother Earth and Michelangelo will be performed. And if you want experimental theatre you can go into the concrete spaces of the Gruz Harbour Warehouse to watch the BADco. and Croatian National Theatre in Correcting Rhythm, described not entirely helpfully as, “a theatre production rooted in the crisis of the cognitive framework of the dramatic situation, the explosion of analysis, observation and presentation in terms of suspended causality.” Help! I think I might make for safer ground and listen to Mozart's C Minor Mass in the Franciscan Church conducted by Maxim Emelyanychev, one of the more impressive of rising talents.

The ambience and the City as a unique meeting place of the world's and Croatia's finest artists remains the basic feature of the 69th Festival. Review of top solo artists, orchestras and ensembles from all over the world will be performing on historical squares, palaces, fortresses and streets of the Old City of Dubrovnik. Currently, Artistic Director of the Festival is Croatian theatre and opera director Dora Ruždjak Podolski.

The interview was originally published on the EFA web site HERE.