Izvor Pende’s Response exhibition, realized by the Dubrovnik Summer Festival in cooperation with the Croatian National Museum of Modern Art, was opened last night, 12 July in the Sponza Palace Atrium and Lazareti, the location of the main part of the exhibition. 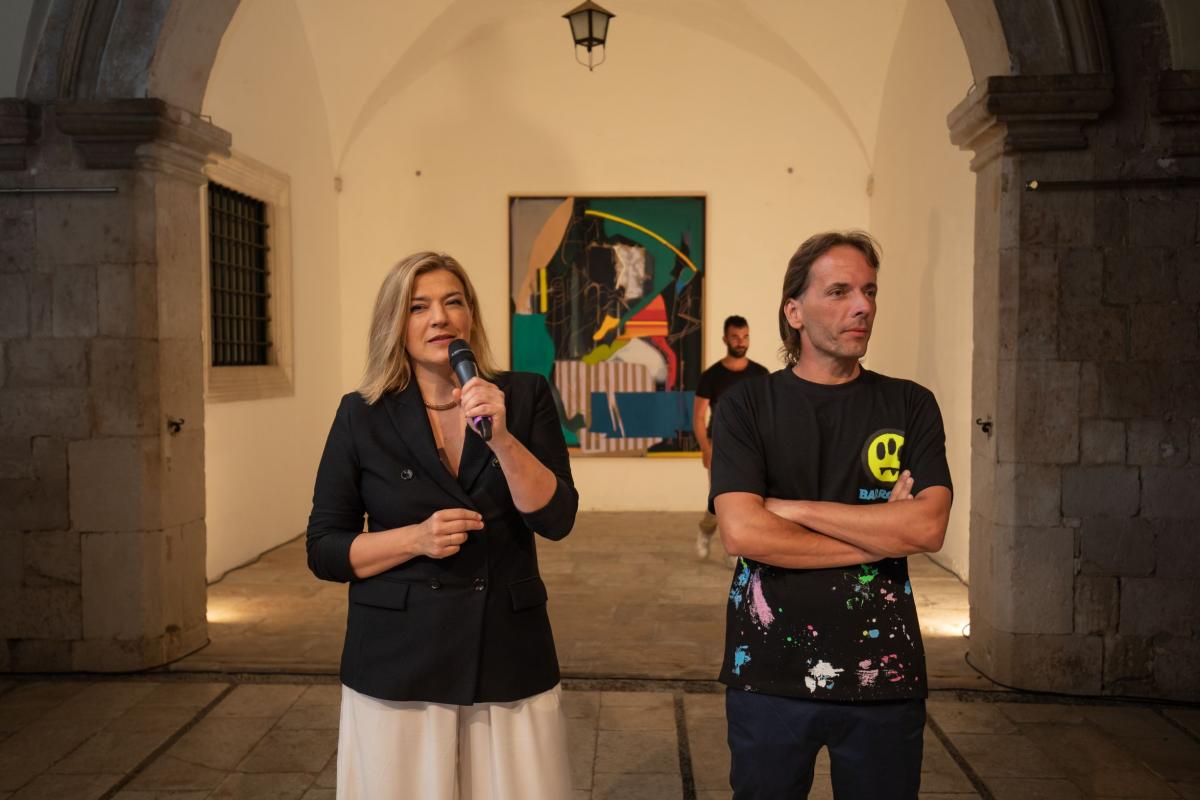 Describing Response as “a kind of hommage to the peripatetic so characteristic of the Dubrovnik Summer Festival”, Artistic Director of the Festival Dora Ruždjak Podolski introduced the artist in her address and recalled meeting the “atypical author” and “active author” while preparing an earlier exhibition also as part of the Festival. After the introductory part, which took place in the Sponza Palace Atrium, the programme continued in the Lazareti, the location of the main part of the exhibition, where the director of the National Museum of Modern Art Branko Francheschi addressed the audience as the author of the exhibition concept, thanking the Festival on their “ambitious art programme” and on their cooperation, which he hopes to continue in the future. He also presented his interpretation of the exhibition’s title, saying that it was Pende's “distinctive, peculiar and unique” response the questions of what abstract art could or should be, and what kind of abstraction would be interesting to the audience, and also emphasizing that Pende is an artist whose expression over the years completely transformed from monochrome figuration into strong abstraction of previously unseen colour. With the range of his talent and unlimited possibilities of creation, Franceschi said, he introduced the Croatian painting tradition into the international space and returned abstraction to what is “presently interesting art”. After the premiere of the exhibition in Zagreb in February of this year, Izvor Pende did nine new oil paintings for the Dubrovnik audience, which already bear witness to his progression through new fantastic diffusion and blending effects. 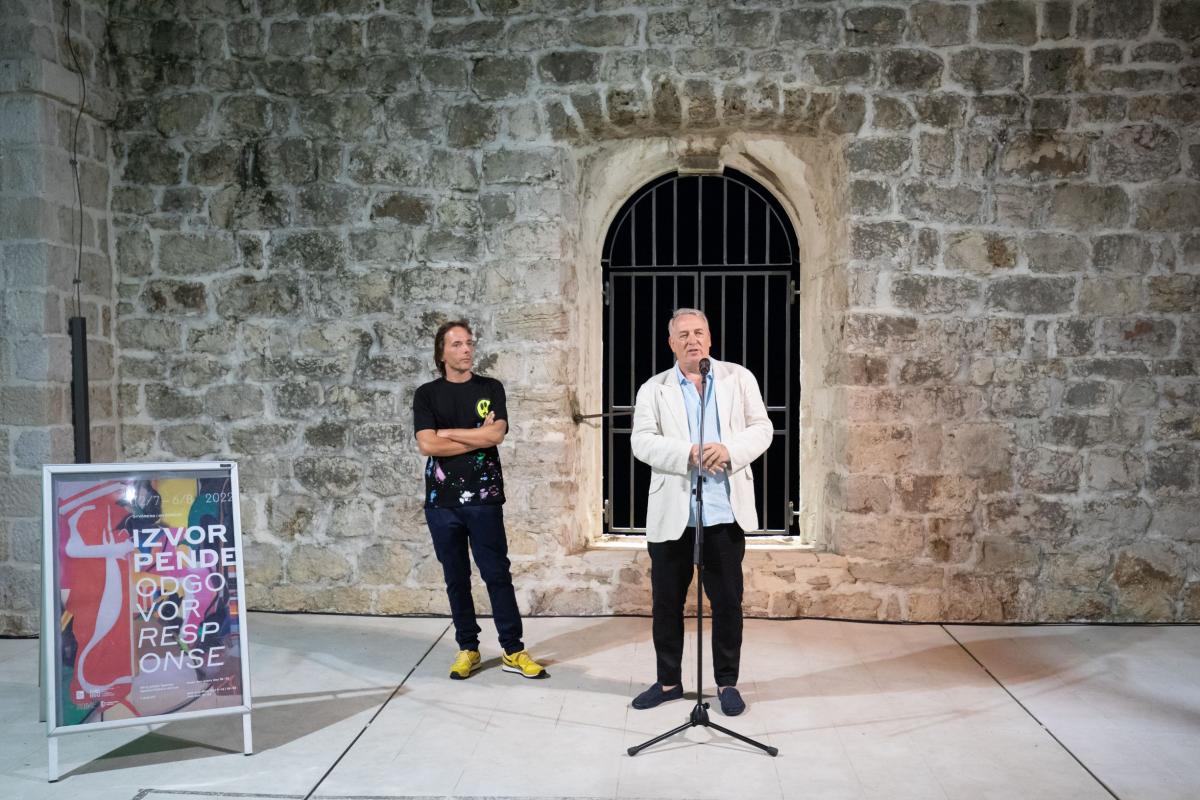 The artist himself addressed the large local and foreign audience, and speaking about inspiration, he pointed out that it does not exist as such for him, but that “a professional artist must approach his work professionally”. What exists for Pende however is “food” or “the magical combination of architecture and nature” that he finds in Dubrovnik, which is one of the most beautiful places to create in “when the artist has his own clear concept and stands firmly with both feet on the clouds”. 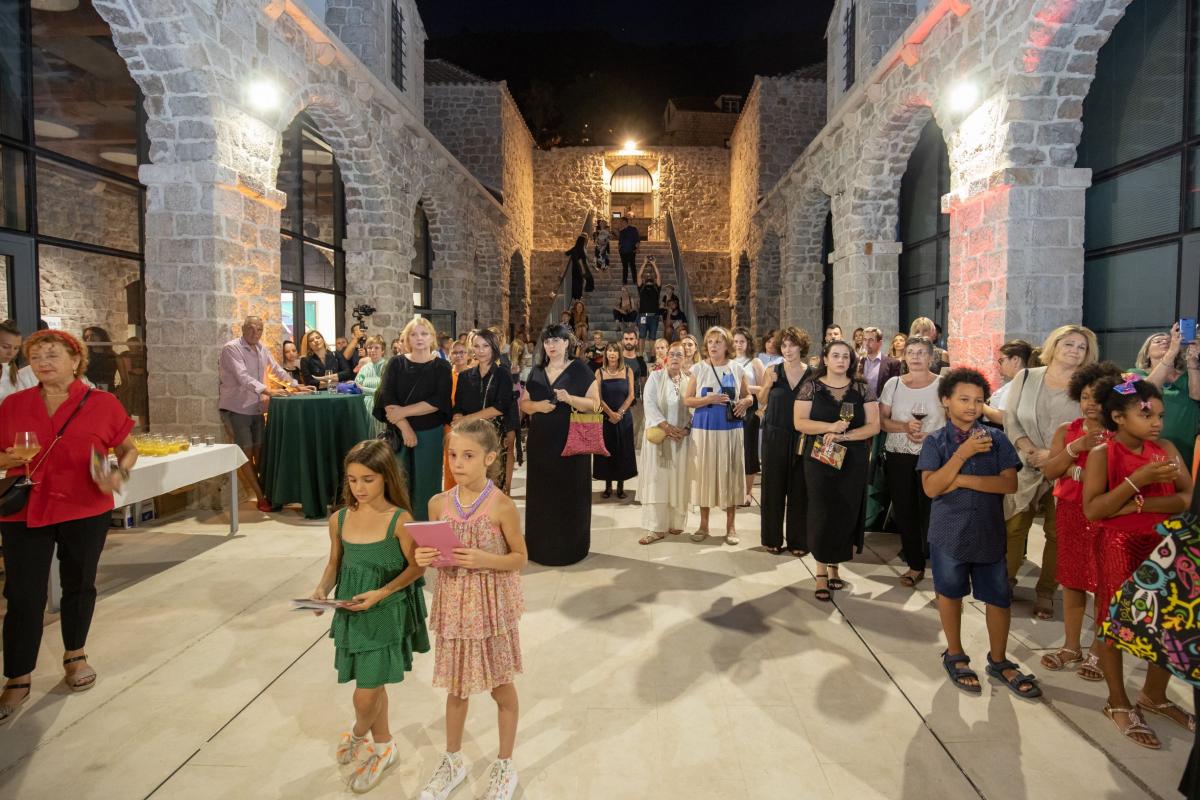 Izvor Pende was born in Zagreb and grew up in Dubrovnik. Pende is praised for his tenacious artistic output of consistent highest quality which is said to rival the best Croatian abstraction masters, stands out with his strong colours and compositions, and is already long recognized by the international arts scene. The artist began studying sculpture at the Academy of Fine Arts in Zagreb in 1996 after which he moved to Germany to study painting at Kunstakademie Düsseldorf under Professors Karin Rissa and Markus Lupertz. Since 2003, Pende has exhibited individually and collectively at exhibitions all over the world. More recently, he has focused on pure abstraction, turning away from his early focus on figurative and landscape paintings, and his works can be found in museum and private collections in Croatia and abroad.