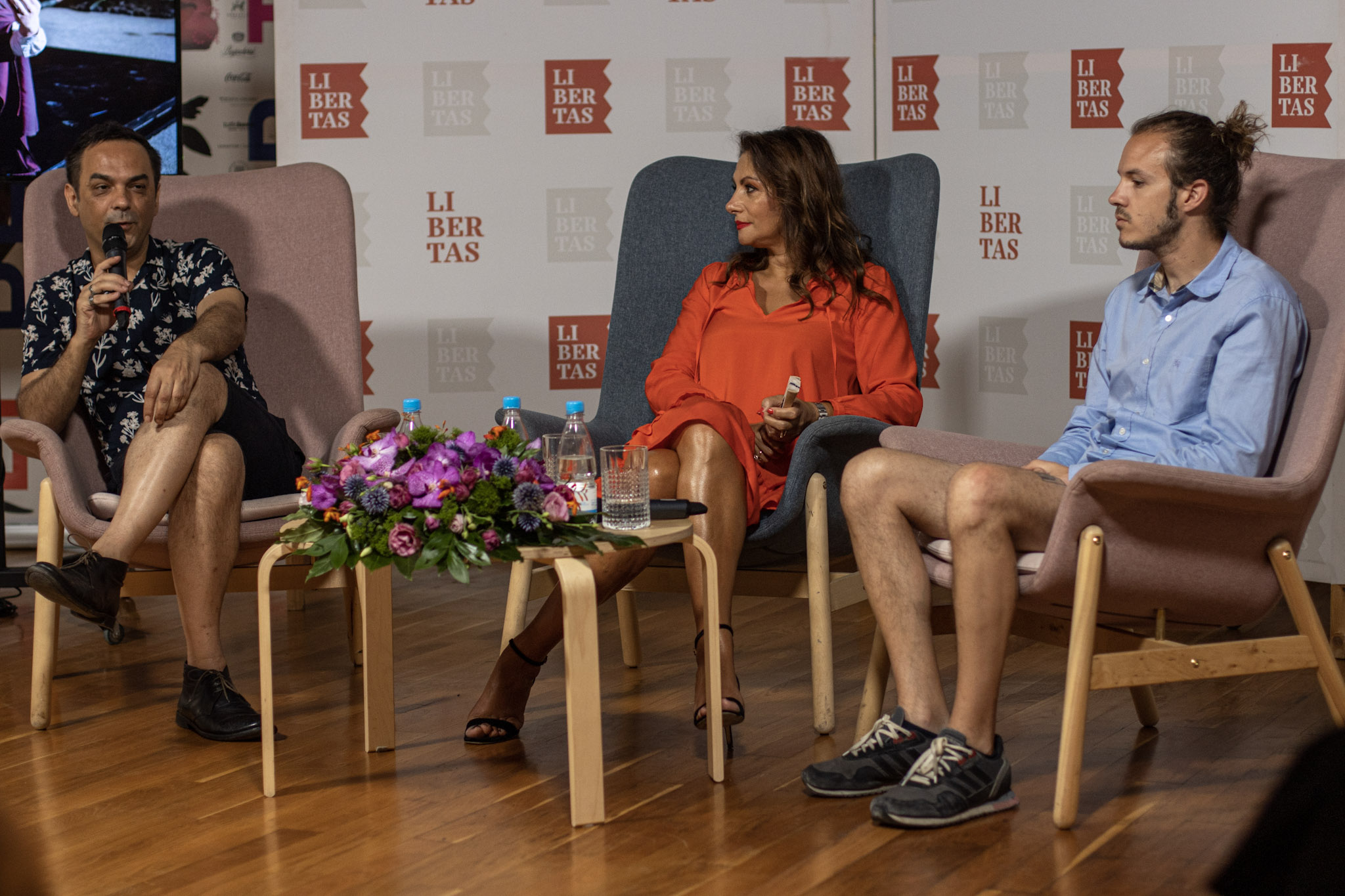 First drama premiere of the 73rd Festival season is the comedy Lovers, directed by Aleksandar Švabić and performed by the Festival Drama Ensemble, on the programme starting Tuesday, 19 July at 9.30 pm in front of St. Jacob's Church. On this occasion, a press conference was held at the Festival Palace, with speakers director Aleksandar Švabić, Assistant Artistic Director for the drama programme Saša Božić, and Josipa Vodenac, Director of the OTP Bank Business Centre Dubrovnik and Southern Dalmatia who are the sponsor of the play.

Lovers, a work by an unknown author from the second half of the 17th century, is one of the finest examples in the genre of Dubrovnik prose comedies (the so-called smješnice) that talks about love, scheming, greed, artifice, and naivety, themes which have not lost their importance even after three hundred years after publication.

– We are trying to restore the emphasis on nurturing heritage pieces and old Dubrovnik baroque literature. Dora Ruždjak Podolski and I decided to entrust the direction of this year's first premiere to Aleksandar Švabić, who belongs to a generation of young directors. In fact, the entire creative and authorial team belongs to the young generation of Croatian actors, just as Joško Juvančić in his direction of Lovers gathered and presented young Academy students back in the late 60s – said, among other things, the Assistant Artistic Director for the drama programme Saša Božić. 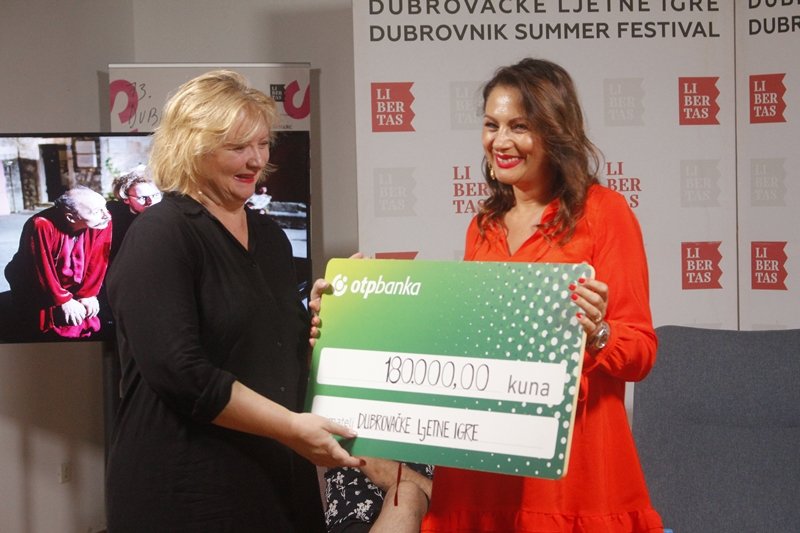 The new festival location in front of st. Jacob’s Church features a minimal set design while the characters, who are mostly based on stock characters of commedia dell’arte, will be played by the Festival Drama Ensemble. Led by Nataša Kopeč as Vesela and Dražen Šivak as Intrigalo alongside whom some of the best actors of the young generation will be performing, including Kristijan Petelin covering Andrej Kopčok as Fabrizio Pisoglavić, Boris Barukčić as Lovro Kalebić, Damir Klemenić covering Kristijan Petelin as Proždor, Josipa Bilić as Lukrecija and Veronika Mach as Anka. David Morhan and Mia Popovska did the set and costume design while scene movement was done by assistant Director Damir Klemenić.  Maro Market is the composer and studio musicians are Mario Bočić and David Vidović, lighting designer Martin Šatović, speech advisor Maro Martinović, and Antonela Tošić is the stage manager and assistant dramaturge.

Director Aleksandar Švabić directed 20 plays with an emphasis on the texts of Bertold Brecht, which he worked on during his college days. He has been an assistant to prominent directors several times, and he also participates in numerous festivals, both in Croatia and Serbia, as well as in Italy, France, Bulgaria and Egypt. At PUF, the international theatre festival in Pula, he was awarded the Munja Award for innovation for the play One Dead Man. 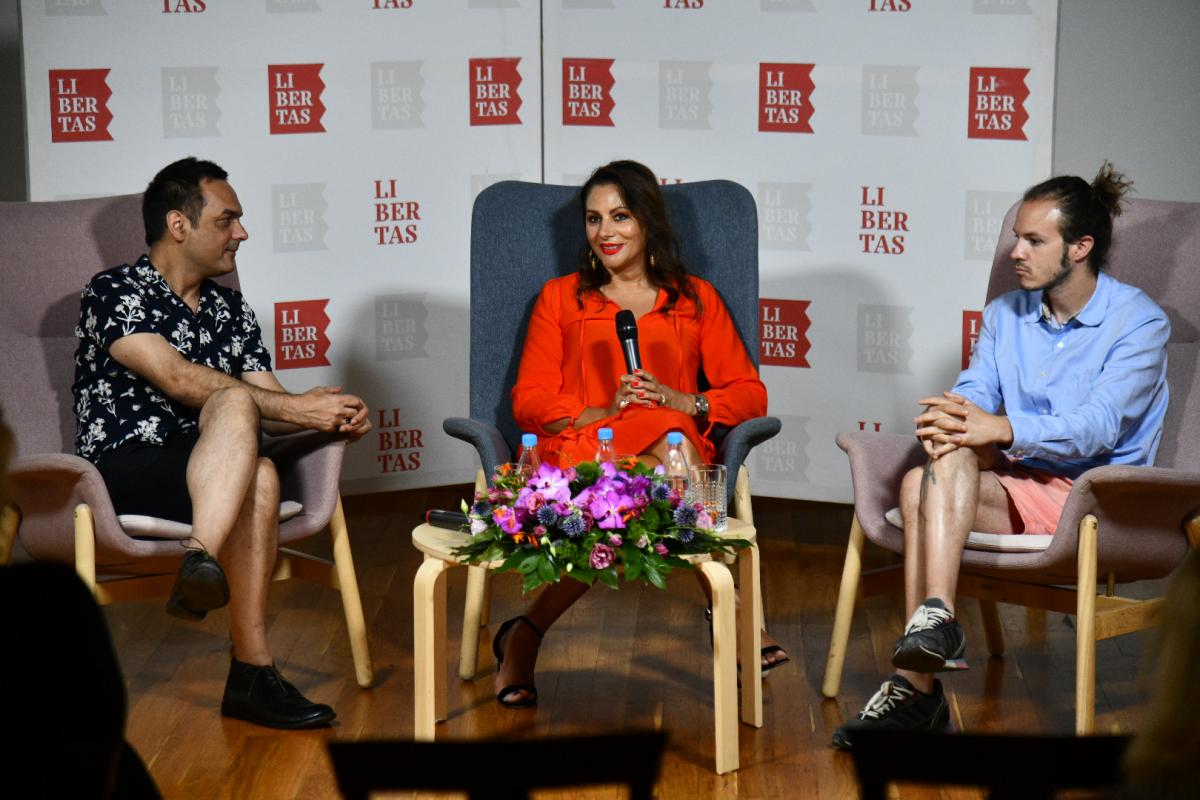 – I am proud that OTP Bank is a sponsor of the Dubrovnik Summer Festival again this year and that our tradition of sponsoring plays, especially those with a traditional character, continues on. The Festival not only represent Dubrovnik and are the pride of the city, but they are also very important for the culture of Croatia as a whole, thus we hope to cooperate again next year – said Josipa Vodenac, director of the OTP Bank Business Centre Dubrovnik and Southern Dalmatia before handing over the donation a check worth HRK 180,000.00 to the Festival POA Paulina Njirić.

The premiere of the play will be held on Tuesday, 19 July at 9.30 p.m. in front of St. Jacob’s Church, with three more performances scheduled for 20, 21 and 22 July at the same time and place, and the tickets for all are sold out. The sponsor of the play is Dubrovnik Summer Festival’s faithful partner OTP Bank.