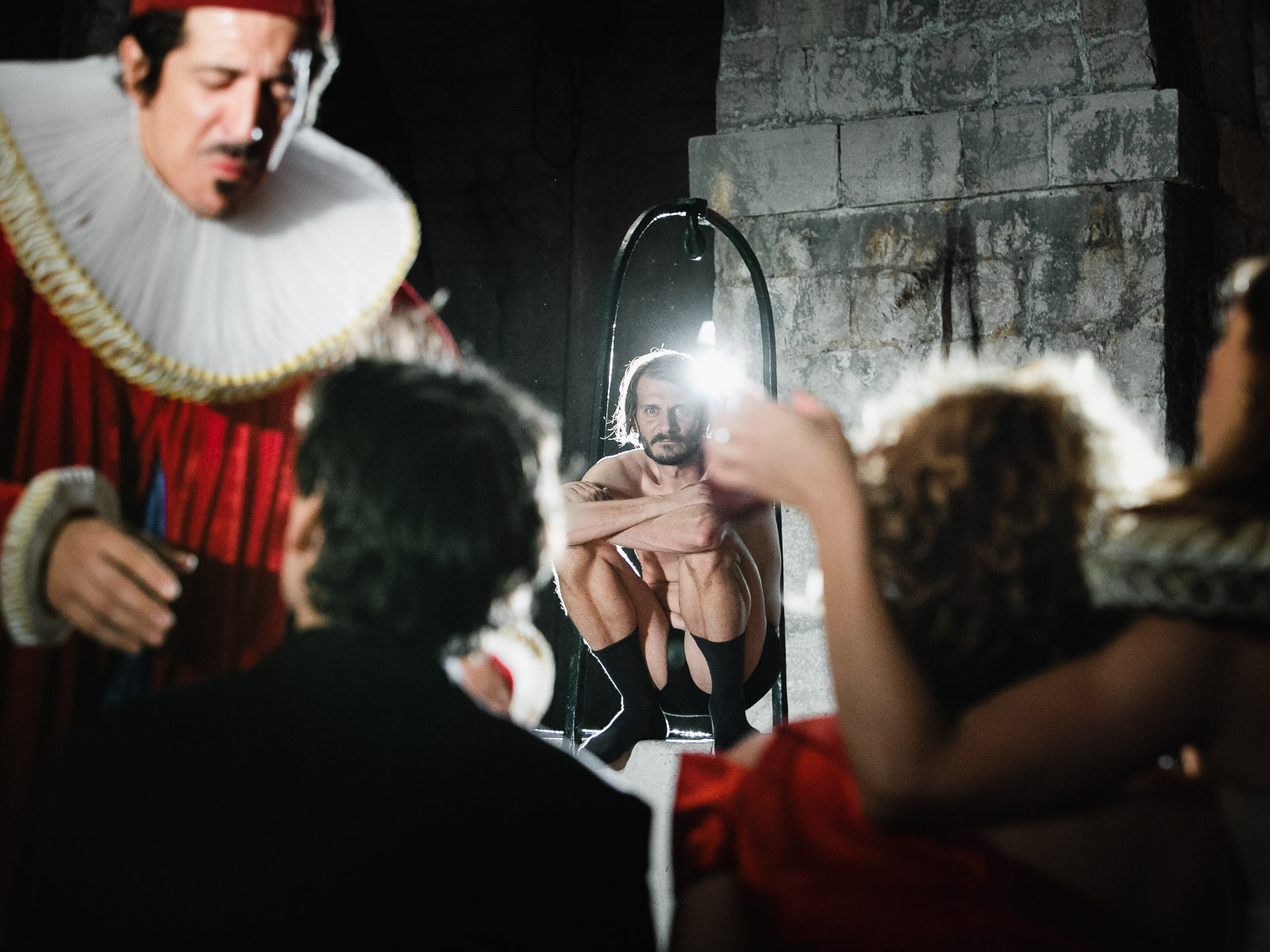 The award-winning premiere production of the anniversary 70th Dubrovnik Summer Festival, Shakespeare’s Hamlet directed by the great Paolo Magelli and performed by the Festival Drama Ensemble, which is led by the brilliant Frano Mašković as the titular Danish prince, was performed last night, 21 July on the Lovrjenac fort. The already sold-out play is on the programme until 24 July. 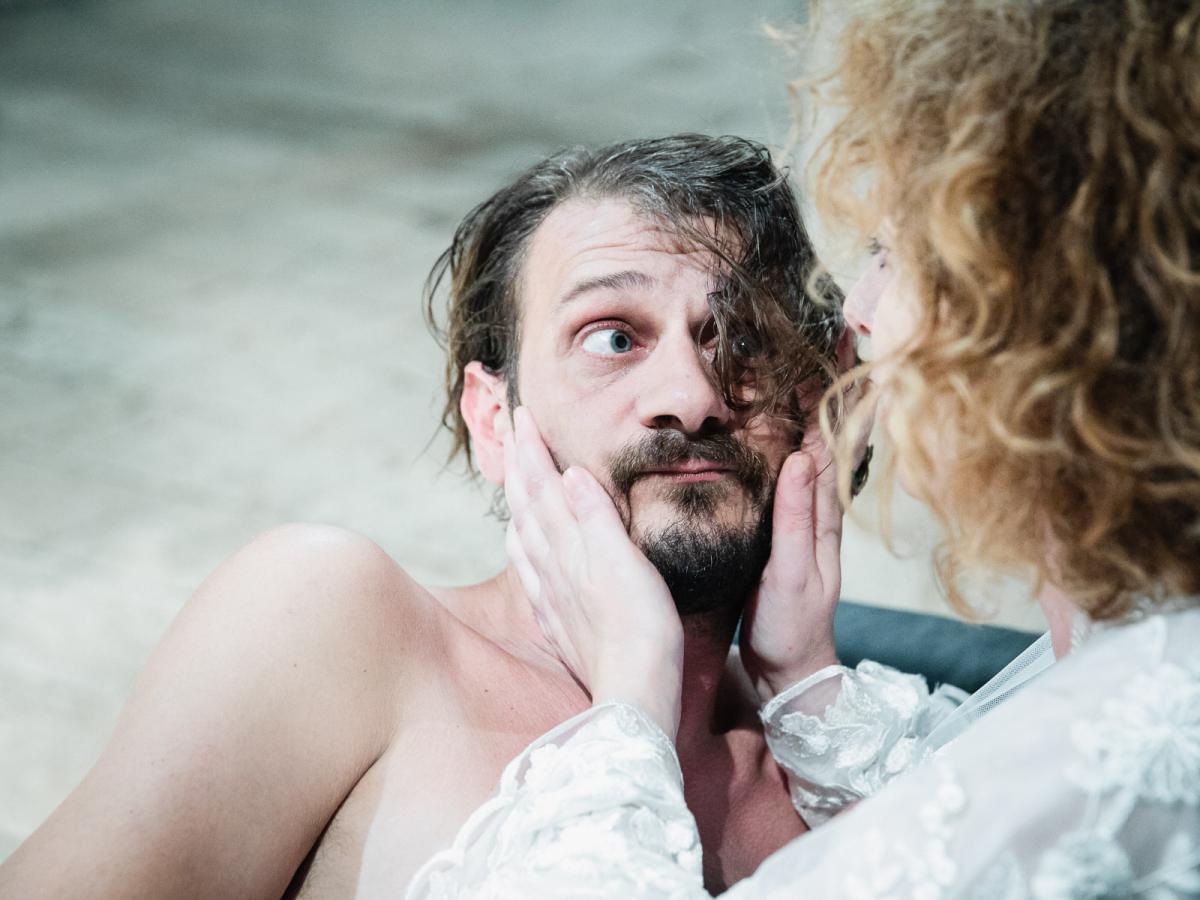 After a year of paused performances due to the pandemic, the eagerly awaited Hamlet returns at the 72nd Dubrovnik Summer Festival to an even greater interest than before as is witnessed by the great interest in tickets and the quickly sold out seats. During the two-hour performance last night the play has once again captivated and dazzled the audience making the always breath-taking Elsinore of Dubrovnik ring and echo with applause and cheers, as loud as the tempestuous evening winds. 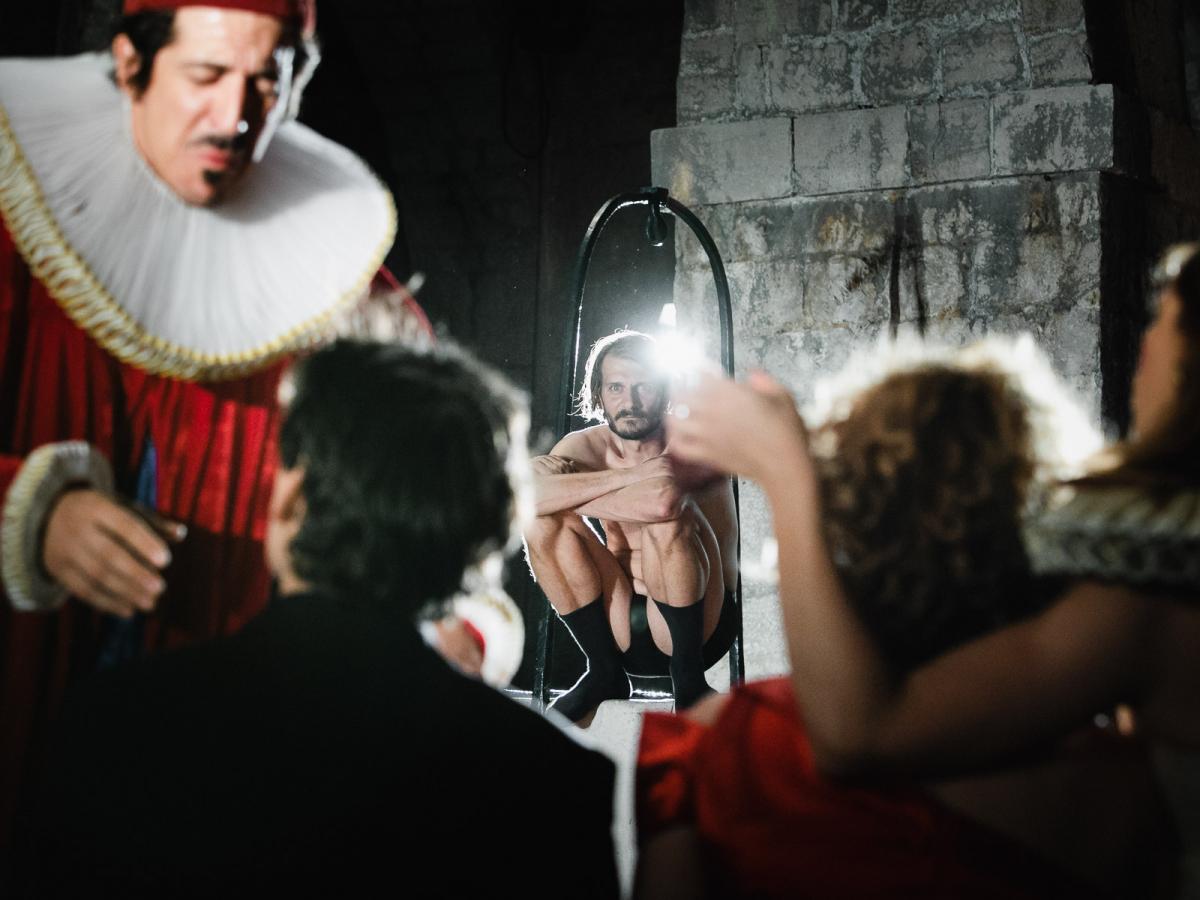 Paolo Magelli directed some of the central Festival productions over the decades and he has rejected taking on Hamlet twelve times in his career before finally tackling it at the anniversary 70th Dubrovnik Summer Festival in 2019, making Hamlet more relevant than ever by portraying him as the archetypal troubled intellectual of the 21st century. The adaptation and dramaturgy based on the Vladimir Gerić translation of Shakespeare was done by Željka Udovičić Pleština, while set design is done by Lorenzo Banci, costumes by Leo Kulaš, music by Ljupče Konstantinov, video production by Ivan Marušić Klif and lighting design by Aleksandar Čavlek and Marko Mijatović. Lovro Buva taught the actors swordsmanship. Assistants to the creative team are Tamara Damjanović, Ana Fucijaš and Miran Brautović, while Roko Grbin is in charge of stage management. 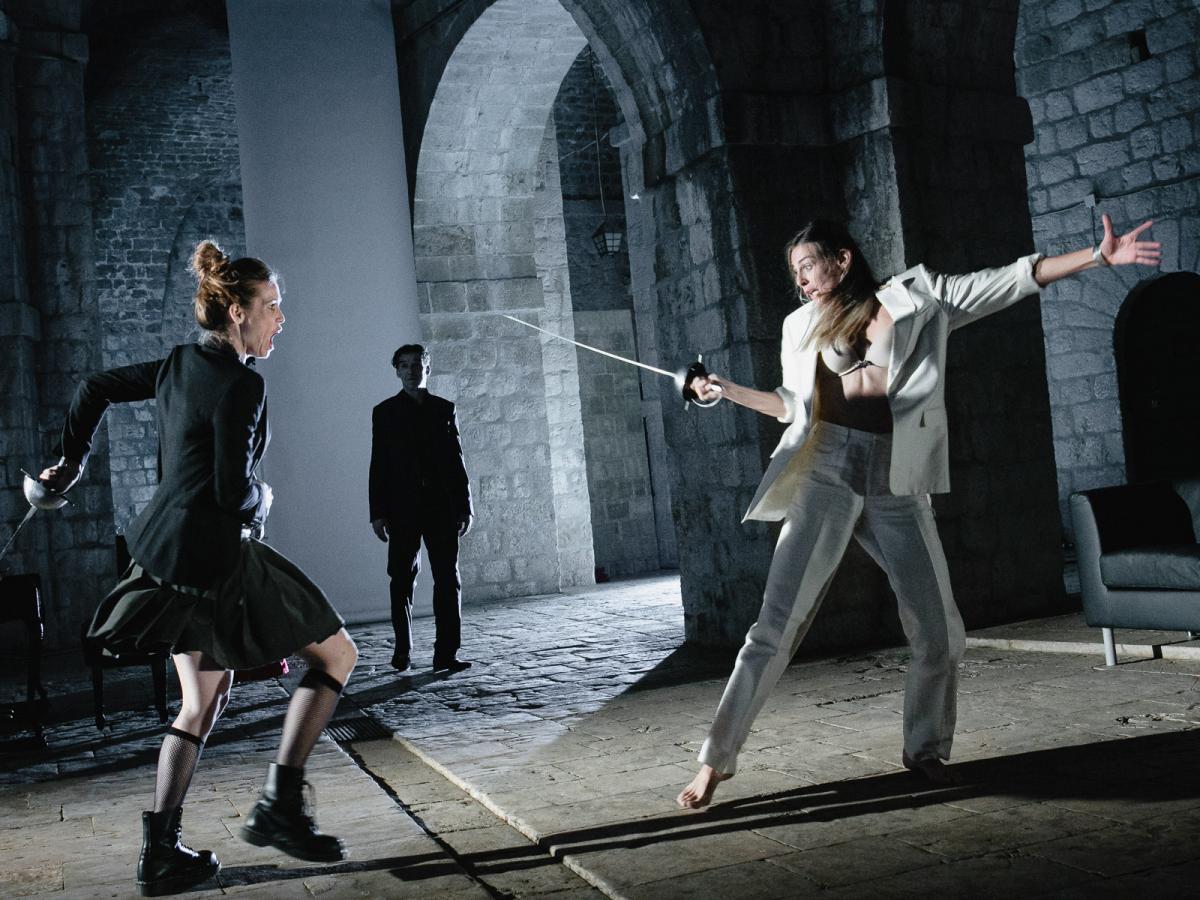 Frano Mašković is the first Dubrovnik-born actor in the role of  Hamlet  and his energetic and powerful performance did not falter for even a second. Equally dynamic and keeping pace were Festival Drama Ensemble: Milan Pleština as the king, Nikša Butijer as Polonius, Ermin Bravo as Horatio, Ugo Korani as Laertes, Enes Vejzović and Pjer Meničanin play Rosencrantz and Guildenstern, while Ranko Zidarić is Fortinbras. Nina Violić will again play Gertrude and Anđela Ramljak Ophelia. They are joined by, as actors, soldiers and gravediggers: Hrvojka Begović, Domagoj Janković, Matija Čigir, Bernard Tomić, Karlo Mrkša and Pavle Vrkljan.

Hamlet is on again tonight, 22 July as well as 23 and 24 July, all at 9.30pm on the Lovrjenac fort. Tickets for all performances of Hamlet at the 72nd Festival have been sold out. 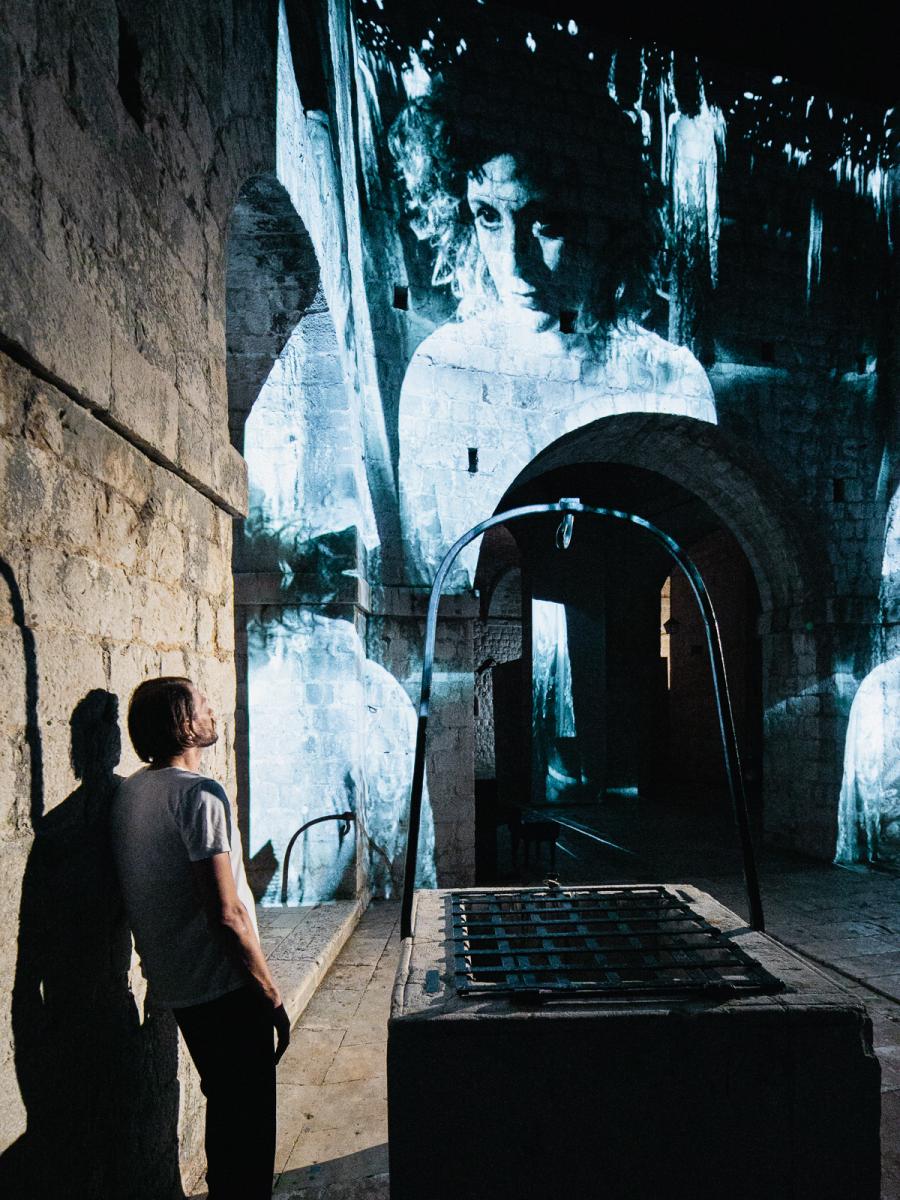