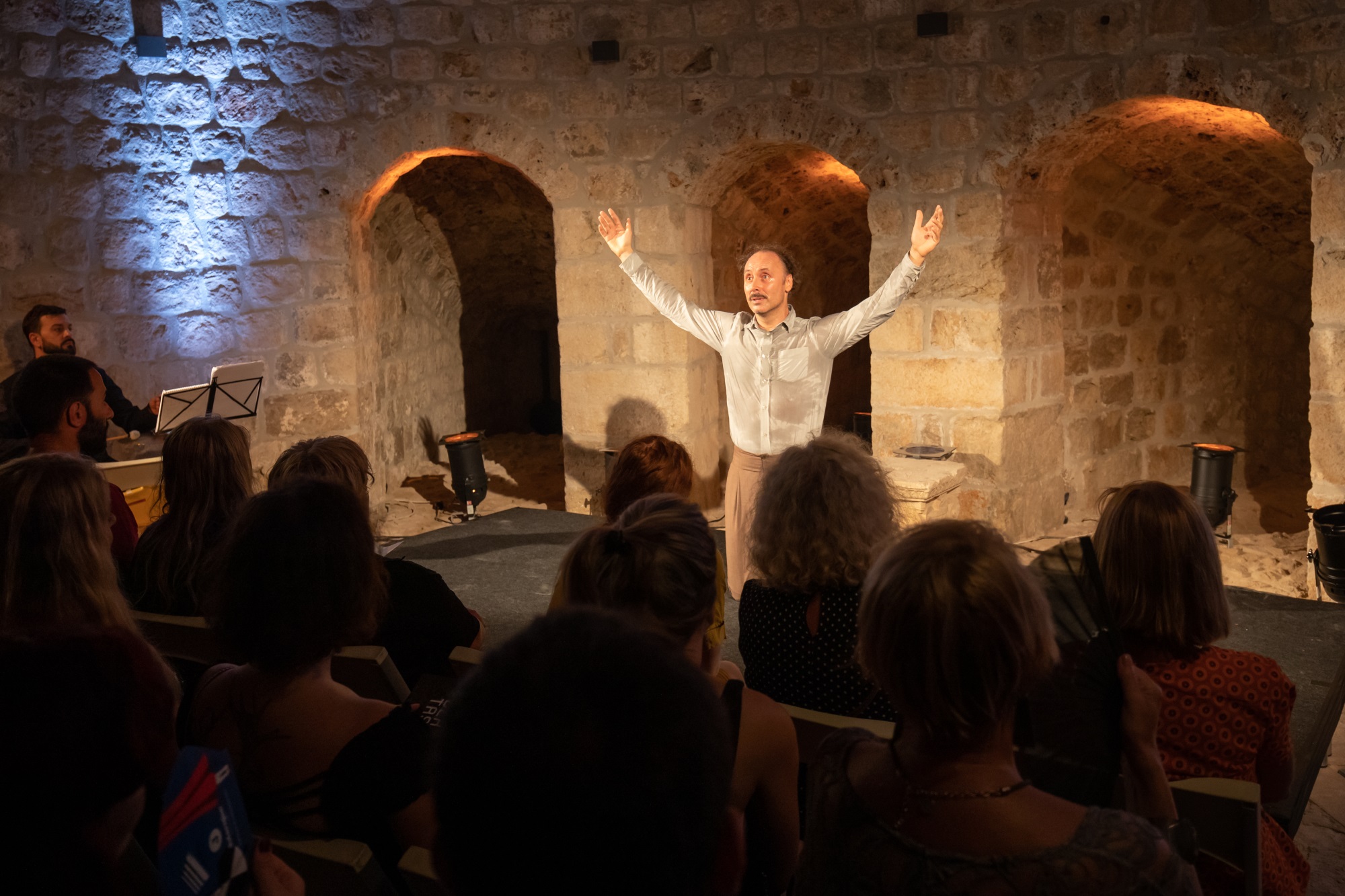 The incredible thespian Dražen Šivak played more than 30 characters last night, 26 July, in a virtuosic performance of the Dario Fo masterpiece, the monodrama Mistero buffo as directed by Lee Delong, in front of a large audience on the stunning Bokar fort. 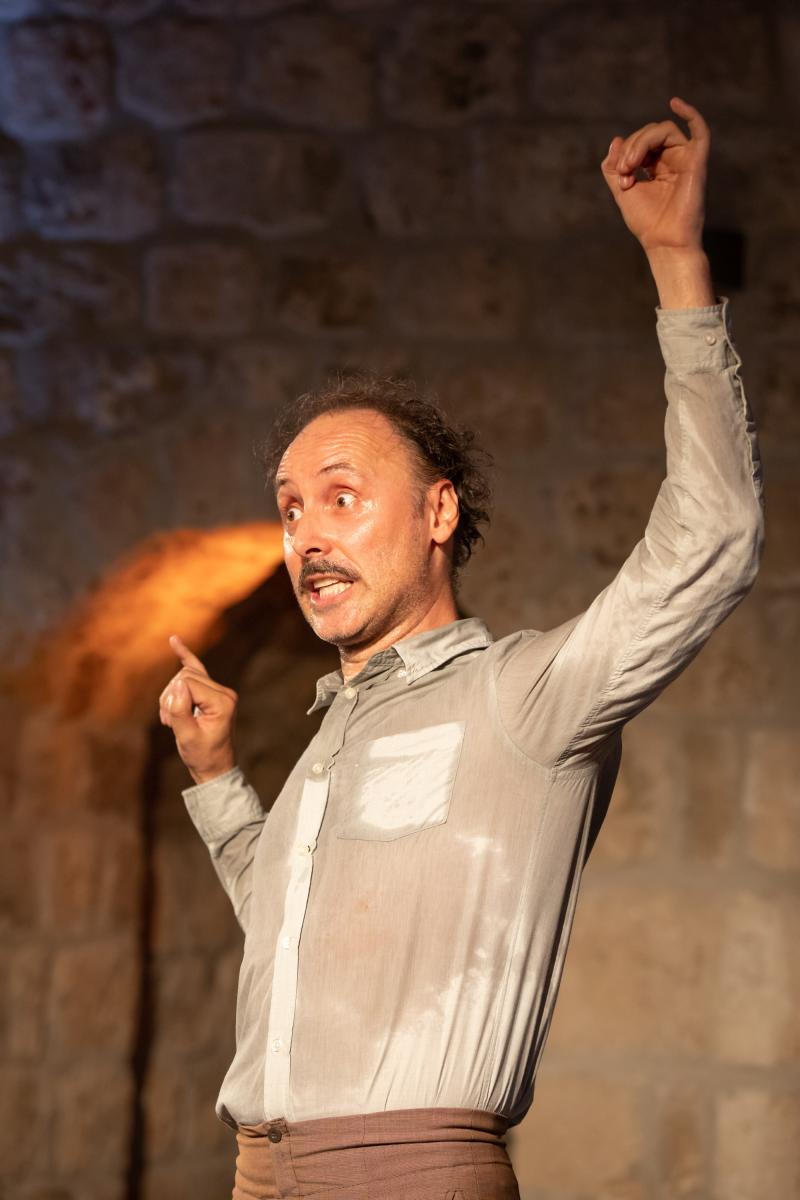 As a daunting mix of both humour and tragedy, this lauded piece of literary genius is a great challenge for actors. Even though it was written in 1969, it is still a very much relevant and current work. Every last seat on the Bokar fort was taken, the delighted Festival crowd not even minding the summer heat as Dražen Šivak put on a bold and spirited show with the musical accompaniment od Igor Dorotić. The performance evidenced the productions critical acclaim, critics having singled Mistero buffo out as some of the best theatre Croatia has to offer – the whirlwind change of style entails a taxing transformation into tens of different characters which Šivak performs powerfully and masterfully. Šivak’s performance also highlighted the guiding principle of “let everyone burst out laughing and may every fear dissipate in laughter!” 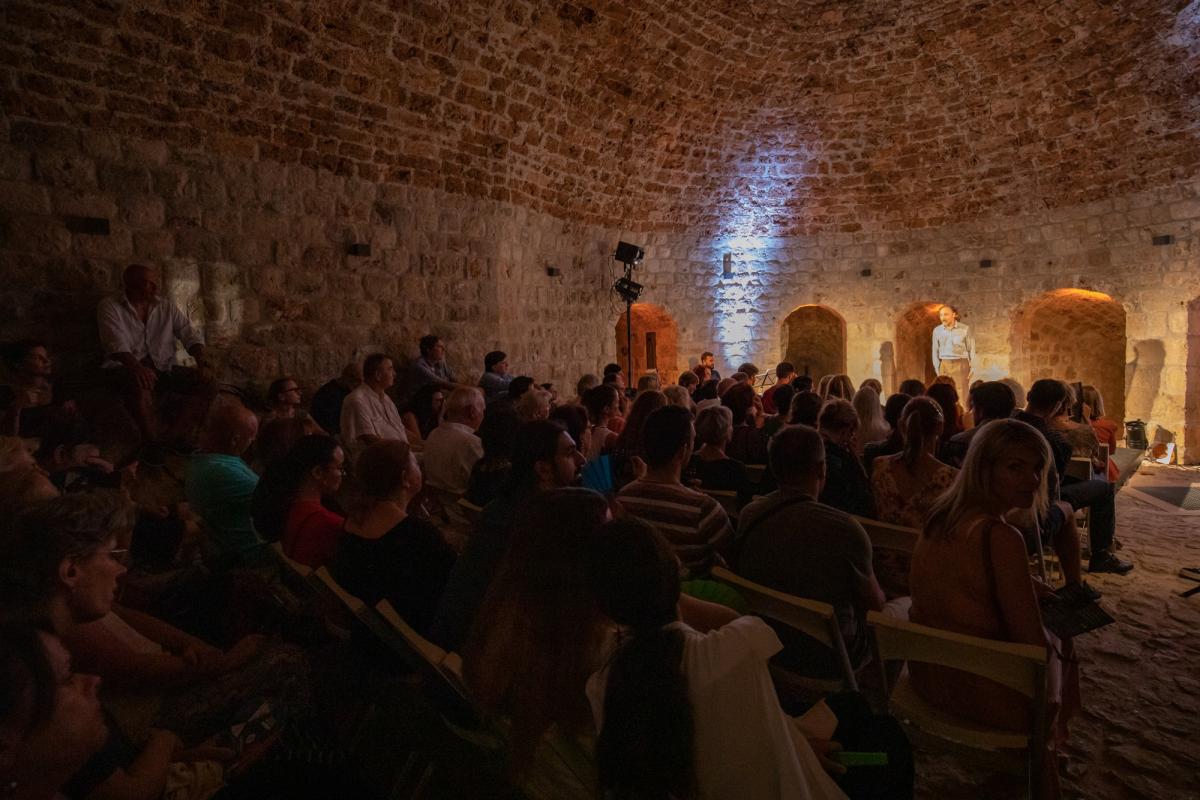 The great actor and writer, who won a Nobel prize for literature in 1997, the peerless Dario Fo was an expert in theatre history, especially well versed in the tradition of travelling acting troupes. For Mistero buffo, his most famous and acclaimed work, he gathered texts from Medieval mystery plays with biblical motifs which were reworked by travelling actors who imbued them with comical twists and turns. The 65-minute monodrama saw Šivak constantly interacting with the audience, masterfully using all tools of the artist’s trade at his disposal. 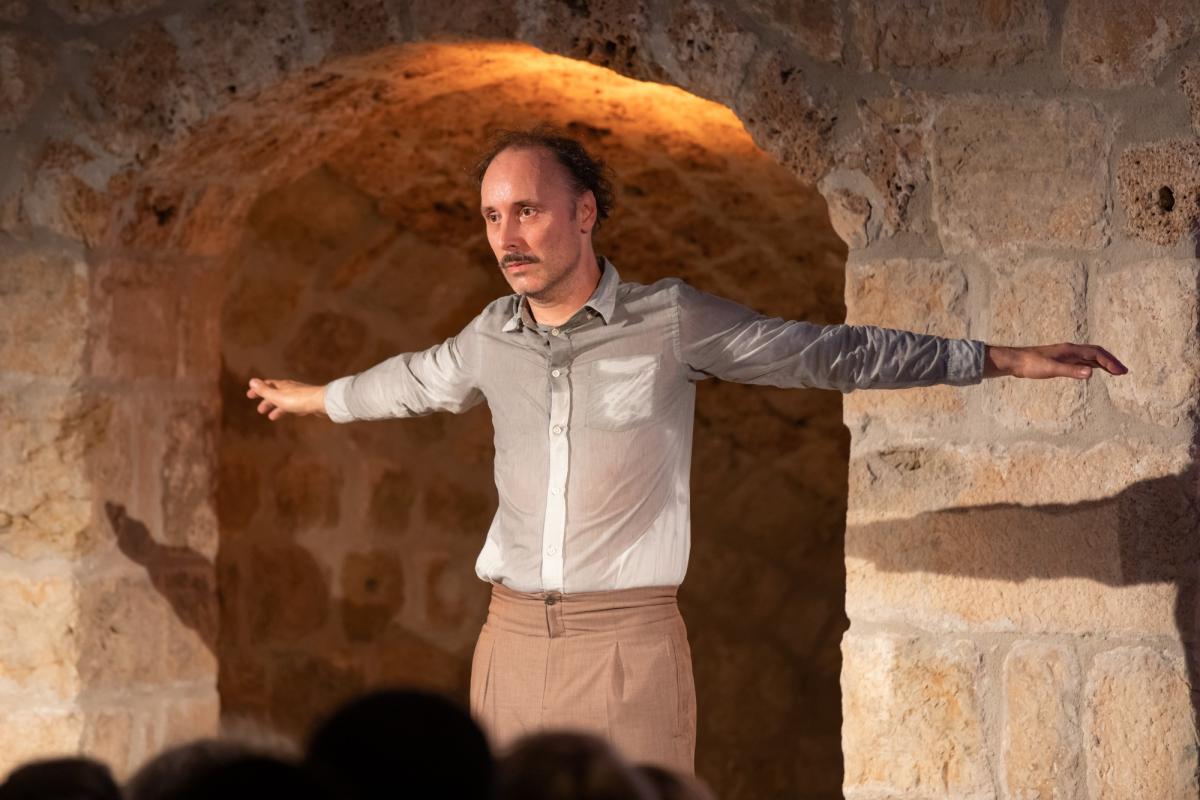 Grupa Theatre, in coproduction with the Triko Circus Theatre, premiered the monodrama in January 2019 at the Zagreb Dance centre as a, interestingly, crowdfunding project which was supported by over 100 people from all over Croatia and the world and who helped this independent production come to life.