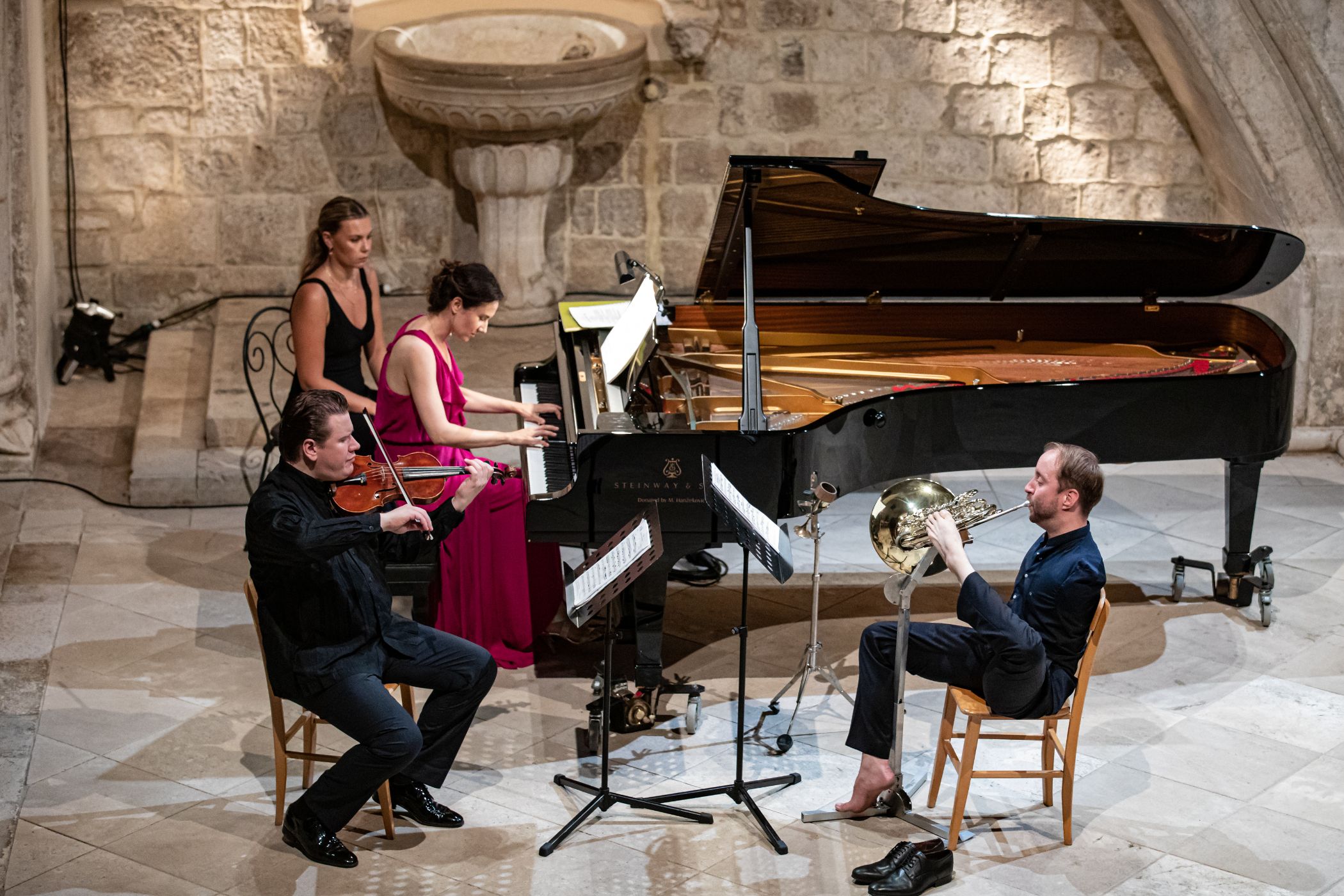 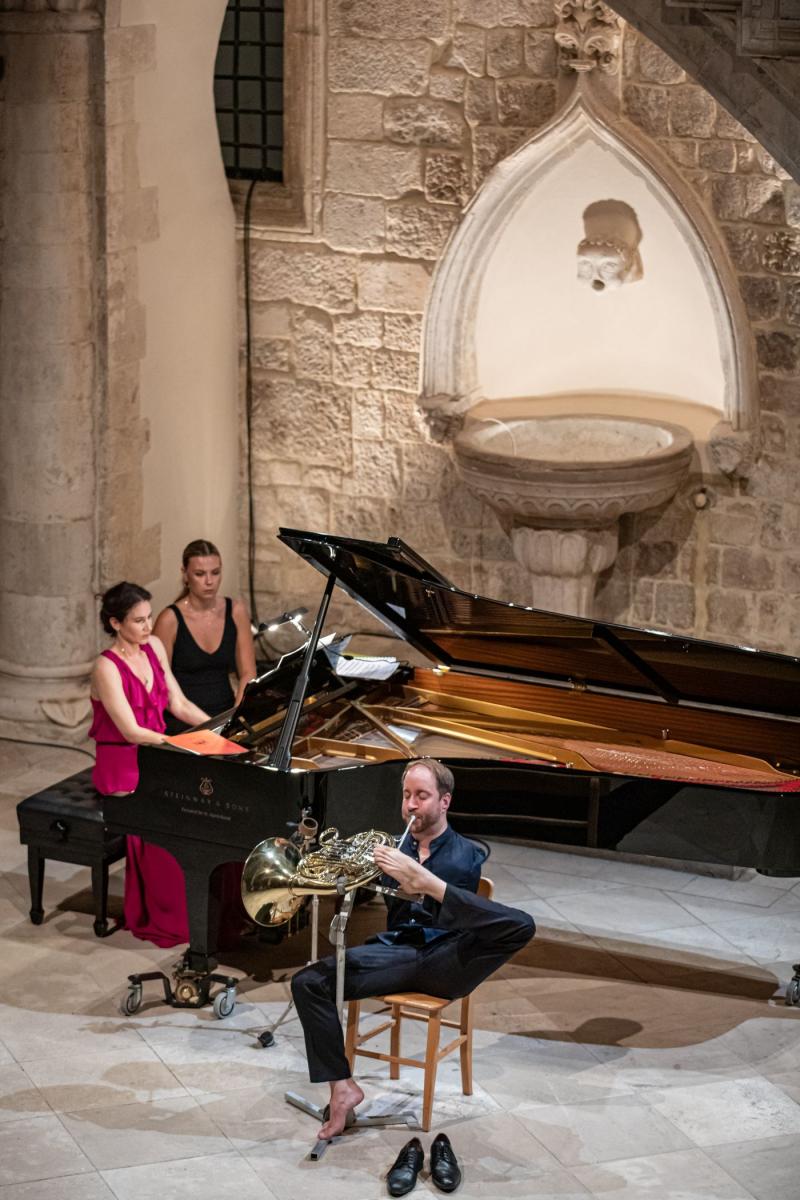 Pianist Martina Filjak is a Festival audience favourite and, among other accomplishments and accolades, a laureate of the Orlando Award, which is given for best artistic achievements of the Dubrovnik Summer Festival music programme. Her performances at the Festival are usually accompanied by great interest and high expectations, as was the case on this occasion when she introduced herself as part of a trio – playing together for the first time in Croatia – with the exceptional German horn player Felix Klieser and one of the leading Ukrainian musicians, violinist Andrej Bielow, with both of whom Filjak shares the same agency. First-rate musicians, extremely well-coordinated, performed the Trio Nr. 1 for Piano, Horn and Violin in c- minor by music pioneer Frédéric Duvernoy, Adagio and Allegro op. 70 for Horn and Piano by Robert Schumann, Villanelle for Horn and Piano by Paul Dukas and Faust Fantasy op. 20 by Henryk Wieniawski in the first part of the concert and the Trio for Horn, Violine and Piano in E flat Majorby Johannes Brahms in the second part. 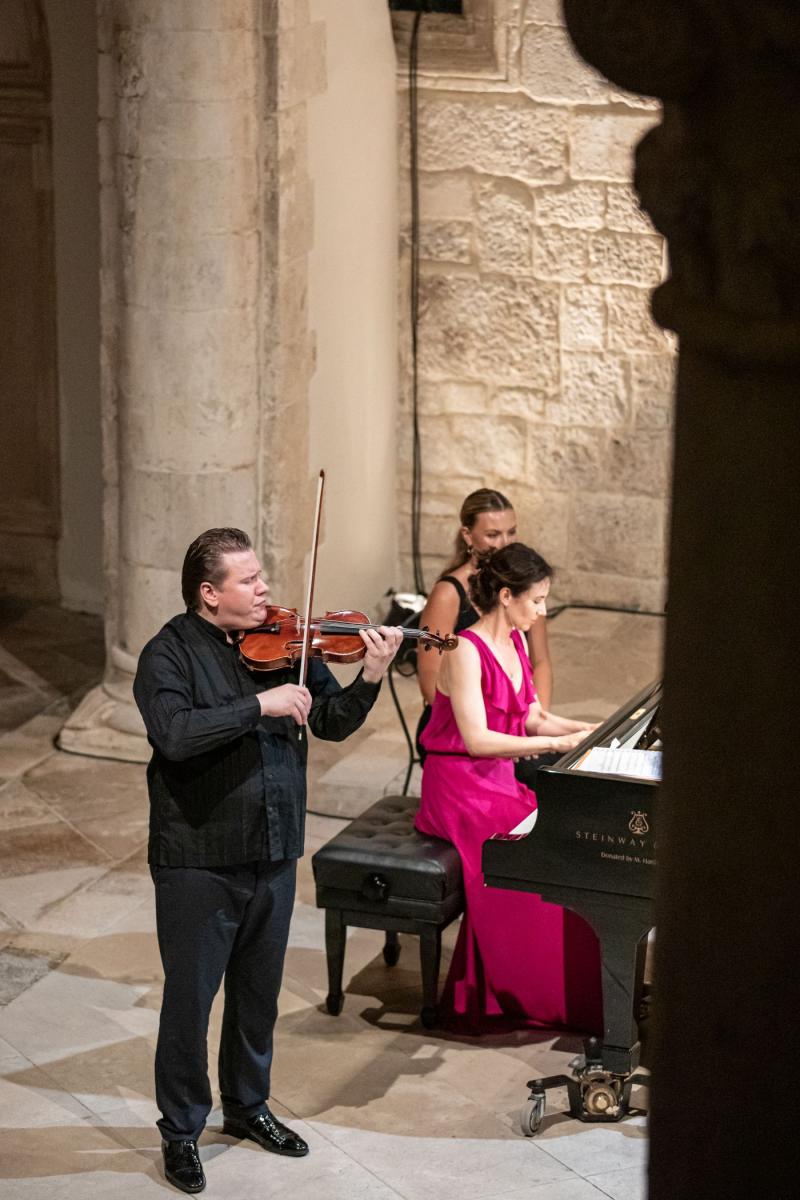 Long applause and shouts of Bravi! called the musicians to bow several times, thus the horn player Klieser thanked the audience and announced the encore, playing again the second movement of Brahms’ Trio. The musical addition prompted a second standing ovation with even more applause, and long after the concert ended some audience members stayed waiting patiently to congratulate the musicians on a remarkable performance, confirming that last night’s performance will be remembered as one of the most impressive musical achievements of this year's Festival programme. 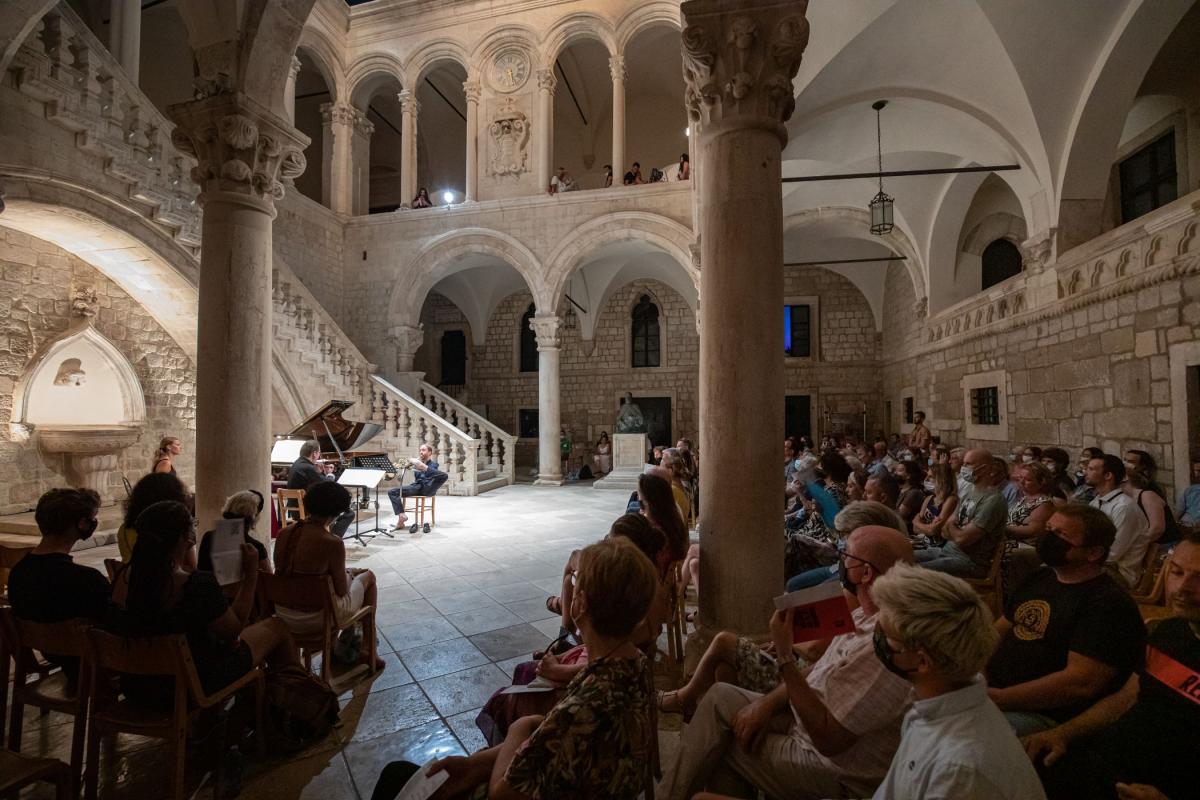 The next concert at the 72nd Festival is on Wednesday, 18 August at 9.30pm in front of the Cathedral, when the Festival audience will enjoy performances of the Dubrovnik Symphony Orchestra under the baton of Brazilian maestro Eduardo Strausser, and pianist Goran Filipec.