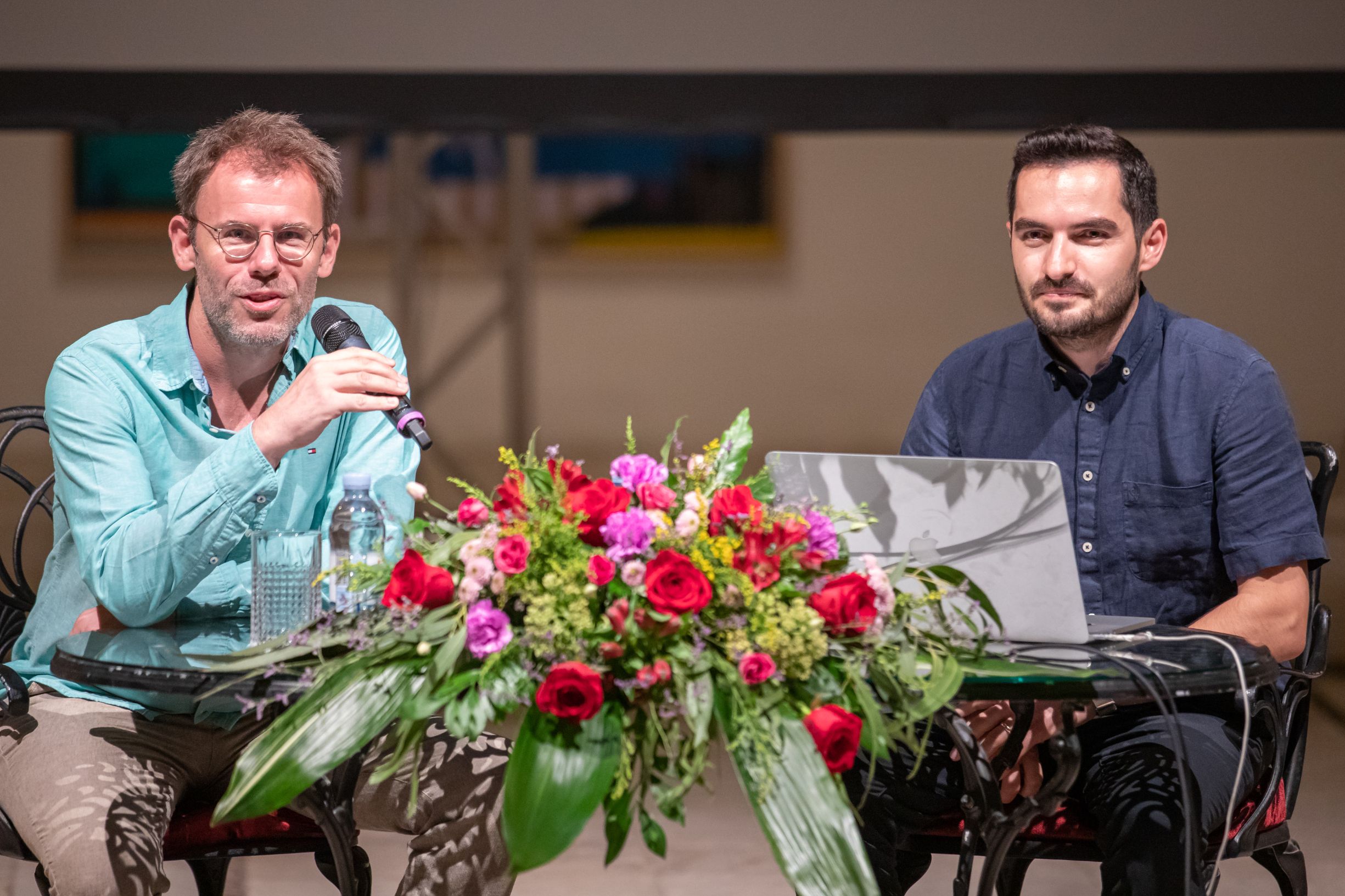 The young composer from Kosovo, Ardian Halimi presented himself and his work to the festival audience last night, 15 July, in the Sponza Palace Atrium as part of a two-week residency on the #synergy: Sharpening the capacities of the classical music industry in the Western Balkans project, with which the Dubrovnik Summer Festival is partnered. The interview was conducted by the Festival’s Assistant Artistic Director for the music programme, Tomislav Fačini. 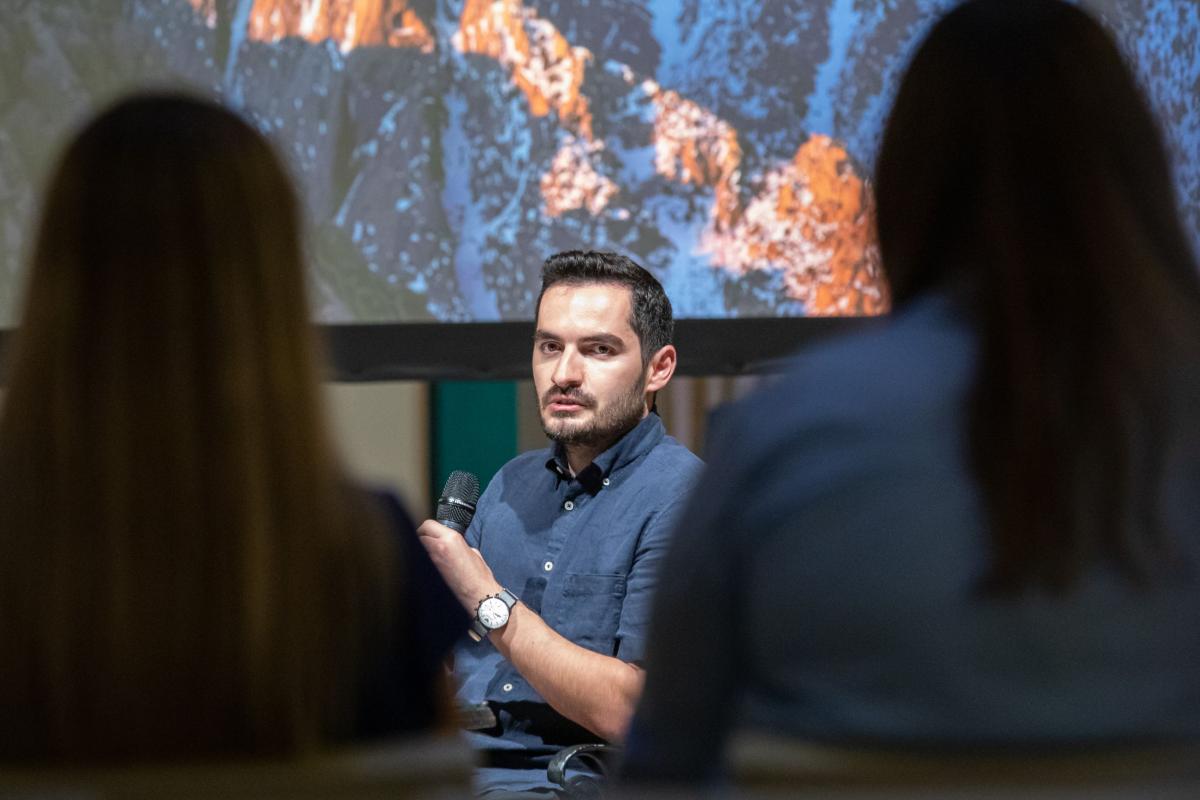 Ardian Halimi received his first musical lessons from his brother, and after schooling in his native Kosovo, Halimi moved to Germany in search of his own musical language and furthering his knowledge. He composes works of various forms, for solo instruments, ensembles, orchestras, choirs and chamber music, but also does music for experimental silent films from the 1920s. He presented two of his compositions to the audience, a chamber composition accompanying watercolour artworks, and an orchestral piece, created in the spring of 2020 during the lockdown, which he dedicated to his wife.

– I think that, perhaps not only for me but for many composers as well, the most important and most difficult thing in this time is finding your own way of composing, your own musical language. Today everything is possible, and you cannot put your work in one folder and say it is only one kind of music. I write to express myself and what I feel, and for me this is the main point of music – said Halimi.

As part of the two-week residency, Halimi will get to know Dubrovnik's rich historical and cultural heritage, which he draw upon while composing a new piece of music inspired by the term Libertas. In his compositions, he uses and imitates noisy everyday sounds, and he intends to do so this time as well. He cites the sea as the association to liberty and freedom, which, along with wind and stone, will be the basis of his new composition inspired by Dubrovnik. Halimi brought his creative composing process closer to the interested audience by showing and interpreting sketches of future compositions. At the very end of the presentation, he concluded that the Libertas is exactly what he himself feels while composing. 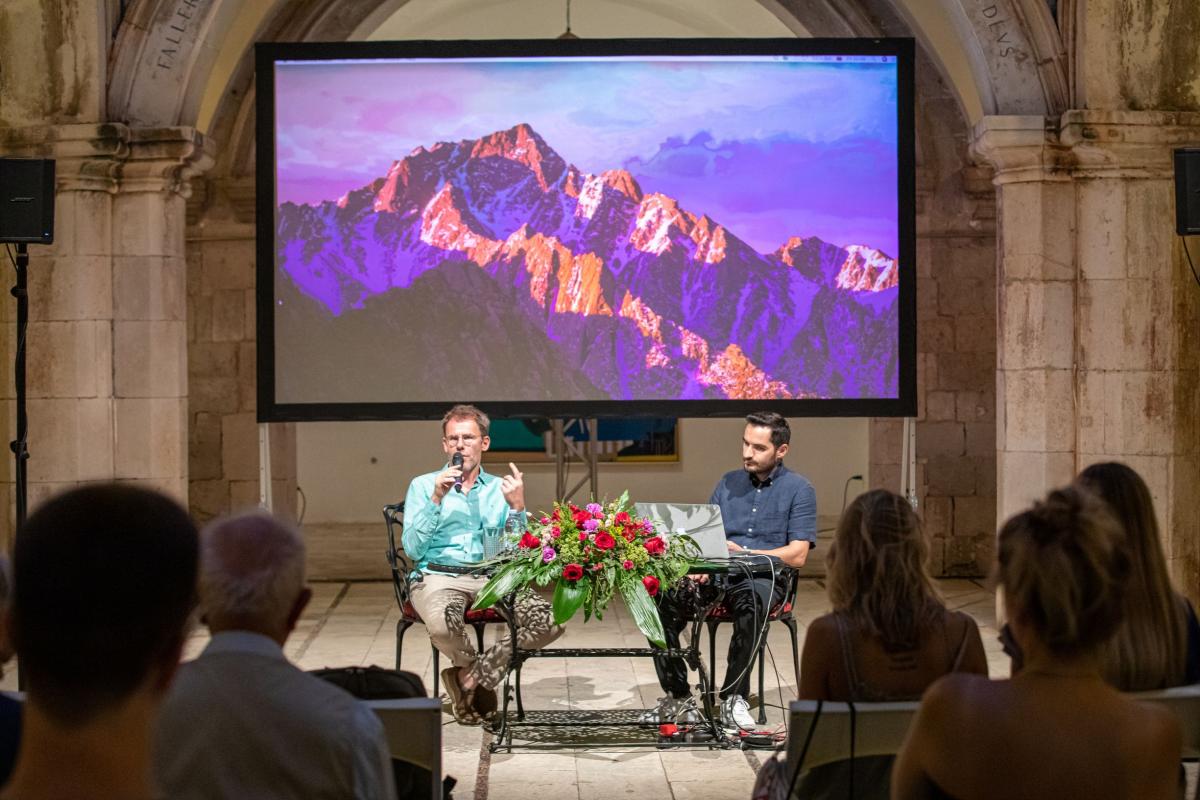