Partner meeting and official presentation of the EU project #synergy: Sharpening the capacities of the classical music industry in the Western Balkans were held on 2 June at the Church of the Holy Spirit in Kotor, Montenegro. The project is co-funded by the EU Creative Europe programme, with the aim of strengthening cultural cooperation and competitiveness of cultural and creative industries in the Western Balkans, and it gathers some of the major festivals in the region.

The Dubrovnik Summer Festival is one of the six project partners and its Artistic Director, Dora Ruždjak Podolski, participated in the presentation alongside the representatives of other five partners: Ratimir Martinović, Director of the KotorArt Don Branko’s Music Days in Montenegro, Jelena Janković-Beguš, Producer of the Belgrade Festivals Centre (CEBEF) in Serbia, Besha Luzha, Director of the Chopin Piano Fest in Kosovo and Denis Bizgha, Producer of the Vox Baroque festival in Albania. Milica Kadović Đorojević, State Secretary of the Montenegrin Ministry of Education, Science, Culture and Sports, Vladimir Jokić, the Mayor of Kotor, and Milena Ražnatović, coordinator of Creative Europe’s Desk in Montenegro, were also present to express their support for the project. Darko Brlek, Director of the Festival Ljubljana in Slovenia, addressed the participants in a short video statement as he was unable to attend in person due to the current epidemiological measures. 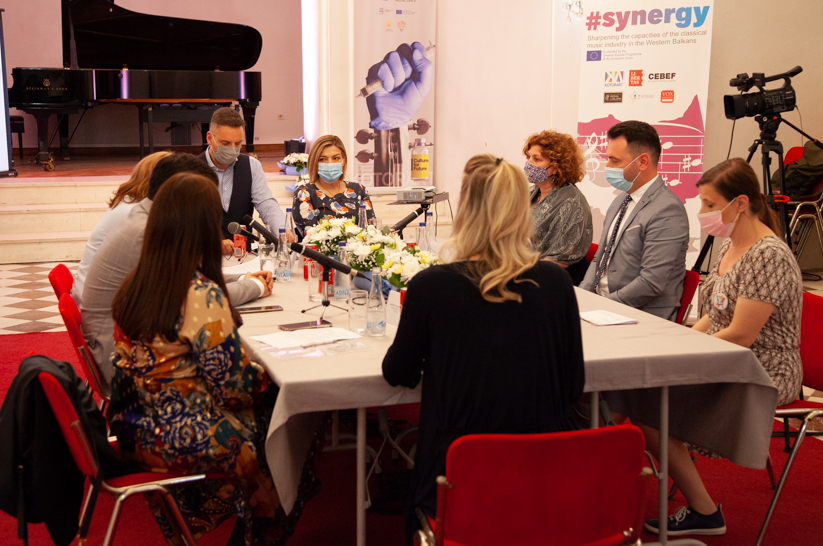 – I believe that music and the field of contemporary music expression have been particularly affected by this pandemic and crisis. This is a great opportunity to reorganise and renew cultural connections, which are essential for all of us. #Synergy is our third collaborative project co-funded by Creative Europe and it will be particularly interesting since we have so far only worked on theatre projects and it will be our first music project. This combination of different cultural institutions with their diverse experiences and cultural achievements is extremely interesting. I think that we will all benefit from the newly acquired knowledge, not to mention how today working in the field of contemporary expression is almost considered a luxury, and this is a unique opportunity to really become present on the European event scene – Dora Ruždjak Podolski, Artistic Director of the Dubrovnik Summer Festival, pointed out. 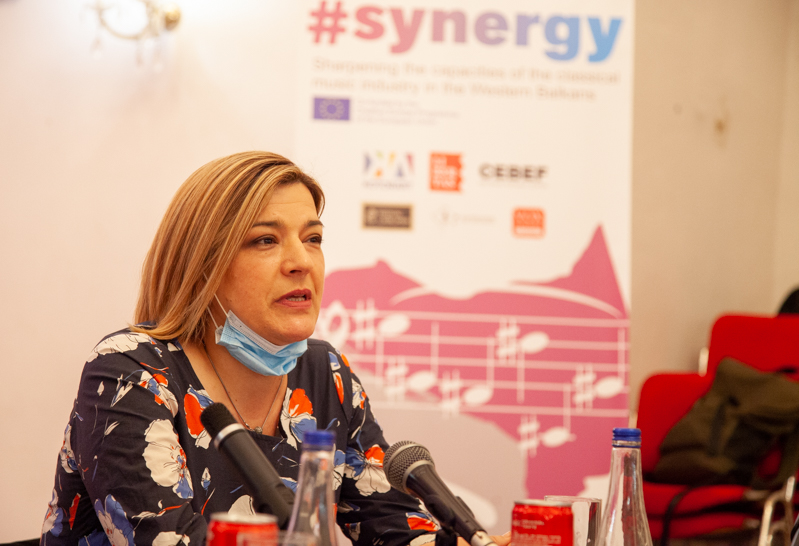 During the 34 months of duration, the project will gather twelve composers and over fifty young musicians and cultural managers. Six workshops for cultural professionals will be organised, along with twelve residencies for composers, which will result in twelve new pieces of music inspired by the cultural heritage of the region and Europe. The project aims to provide new skills and connect cultural professionals, primarily those who work in the music festival and classical music sector, to encourage composers to write new pieces inspired by the local heritage of partner countries, as well as to facilitate networking and collaboration between young musicians, composers and classical music organisations in the Western Balkans.

The project #synergy: Sharpening the capacities of the classical music industry in the Western Balkans is one of the thirteen projects approved for funding out of a total of three hundred applications for the Creative Europe Call for Proposals for strengthening cultural cooperation and competitiveness of cultural and creative industries in the Western Balkans.