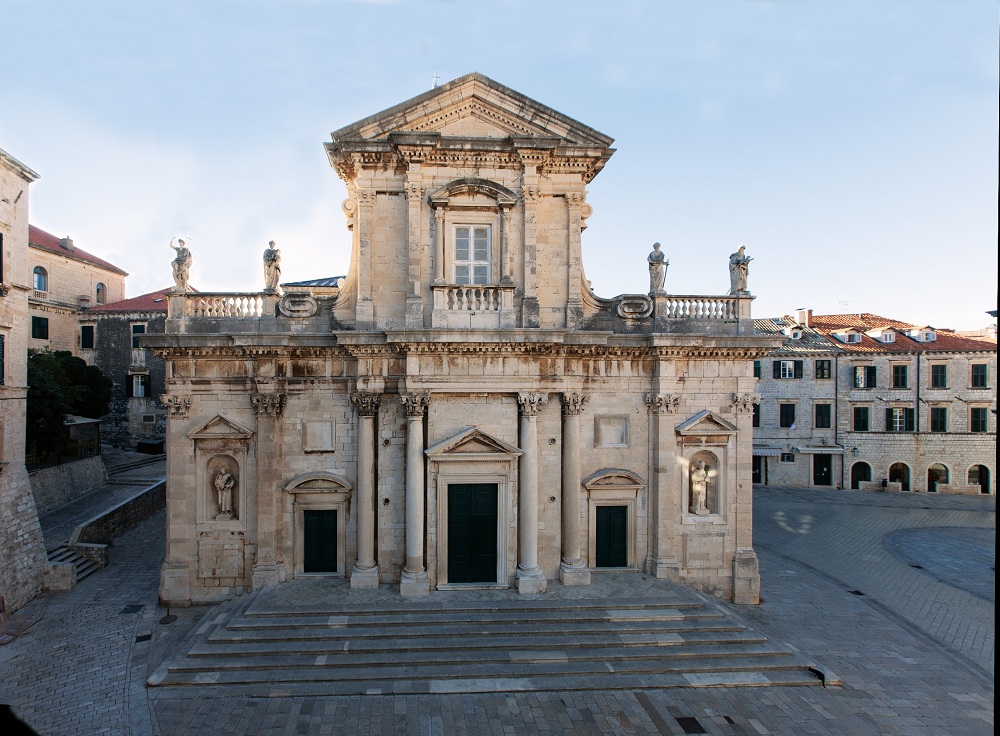 The monograph is the fruit of a perennial cooperation of the City Parish of Our Lady of Assumption  and the Institute of Art History in Zagreb, which lead archaeological explorations of the cathedral's underground, and whose experts have been actively involved with Dubrovnik-related matters even since the very foundation of the Institute 50 years ago. The 300th cathedral completion anniversary and the 400th birth anniversary of Stjepan Gradić were the cause of a mutual gathering, as well as a chance for publishing all the current knowledge about the artistic and architectural history of this representative Baroque building.

Under the redaction of dr. sc. Katarina Horvat-Levaj, thirteen authors of all generations from Dubrovnik, Split and Zagreb were brought together to narrate the history of the Cathedral and the City from the earliest of times until the beginning of the 20th century. Besides architecture, the chapters include an overview of the musical heritage, liturgical vessels, valuable books, votive jewelry, the treasury, the main and side altars, paintings, statuary, liturgical textile, as well as the course of the investigation and renewal during the eighties of the past century, all which provides this book with the title of an unofficial encyclopedia of the Dubrovnik Cathedral. The book features various architectural plans and is richly illustrated with colour photographs, which were captured by the Institute’s photographer, Paolo Mofardin, especially for this occasion.

Today, thanks to the sensational archeological discoveries made during the post-earthquake renewal of the Cathedral in 1979. , we are aware of the existence of  two more cathedrals located beneath the current Baroque cathedral dedicated to the Assumption of Mary – the first being a Byzantine (constructed presumably in the 6th  century), the second a Romanic remain (constructed in the time period of the 12th – 14th century). The Dubrovnik Cathedral of the Assumption of the Virgin Mary is, perhaps, the most distinctive symbol of the City's victorious rise from the ground after a series of destructive events in April of 1667, which nearly completely destroyed it.

The monograph, upon an introduction by Father Stanko Lasić, will be presented by the edition’s editor dr.sc. Katarina Horvat-Levaj, reviewer dr.sc. Joško Belamarić, dr.sc. Željka Čorak and dr. sc. Ivica Prlender, which will be accompanied by a performance of the mixed cathedral choir “Katedralni madrigalisti“ and  klapa "Subrenum“ with the song “Siđi k nama majko naša“ ( “Come down to us, our mother”) composed by Krešimir Magdić.