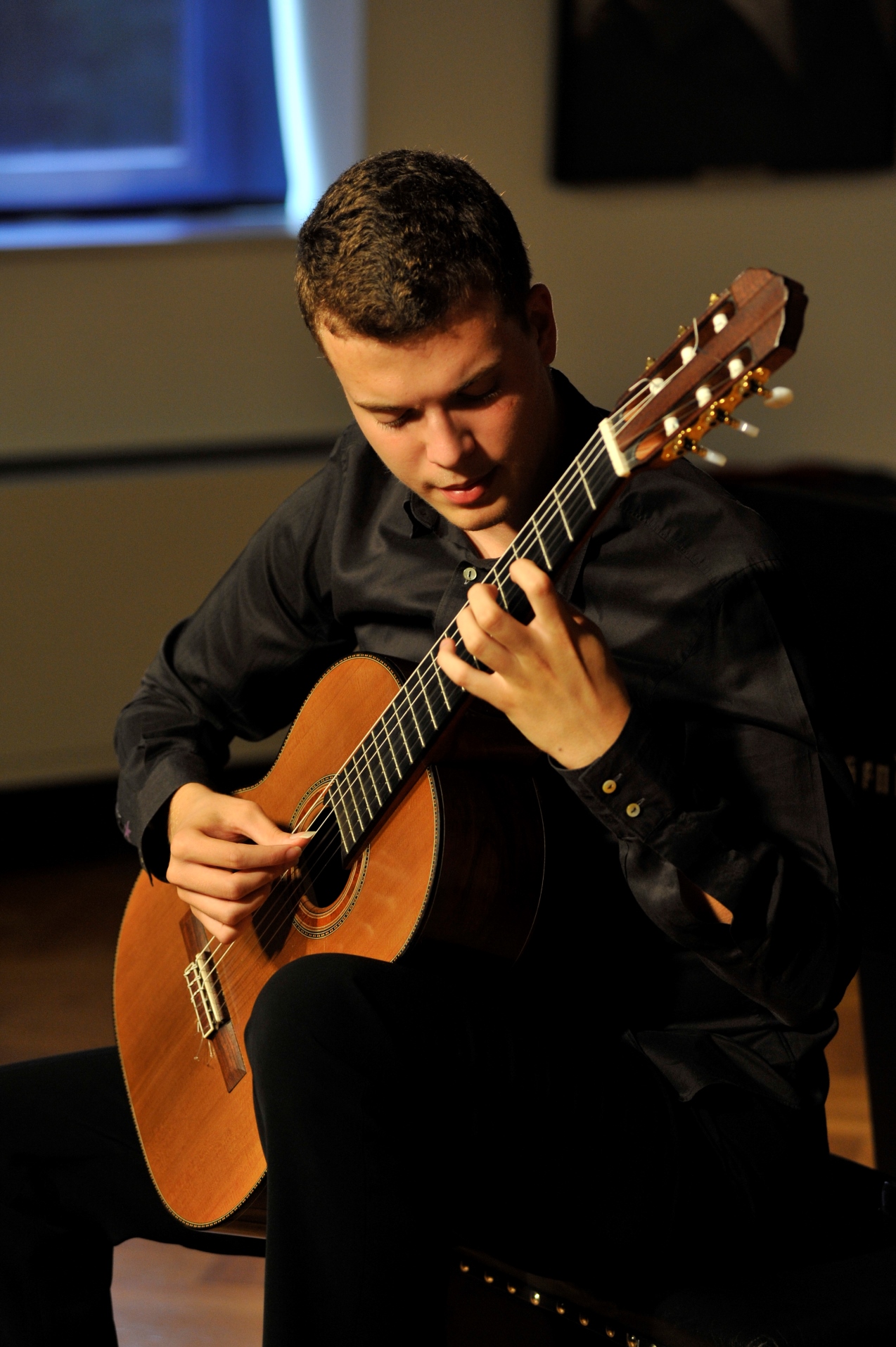 Srđan Bulat studied at the Split Academy of Arts, where he won the Split University Rector's Award for 2006/2007 and at the Zagreb Academy of Music where he was awarded with the Dean's Award and the Zagreb University Rector's Award  for 2009/2010, also the Summa cum laude accolade for best student of his generation. In July 2014, he graduated with distinction from the Royal Academy of Music in London, as the first guitarist from the region to have completed post graduate studies at this institution, one of the most prestigious music academies in the world. In September 2015, he completed his specialised post graduate study at the Zagreb Academy of Music. He has been a laureate of almost all major international classical guitar competitions including Francisco Tárrega in Benicassim, Michele Pittaluga in Alessandria, Fernando Sor in Rome, Julian Arcas in Almeria, Alhambra in Valencia, Gredos San Diego in Madrid and Maurizio Biasini in Bologna. He has also won almost all national young musicians awards; the winner of the competitions Ferdo Livadić, Darko Lukić and Ivo Vuljević.

Tickets for this recital are available online via www.dubrovnik-festival.hr  and at the Box Offices in the Festival Palace (Od Sigurate 1) as in Luža, and at the venue one hour prior to the performance.