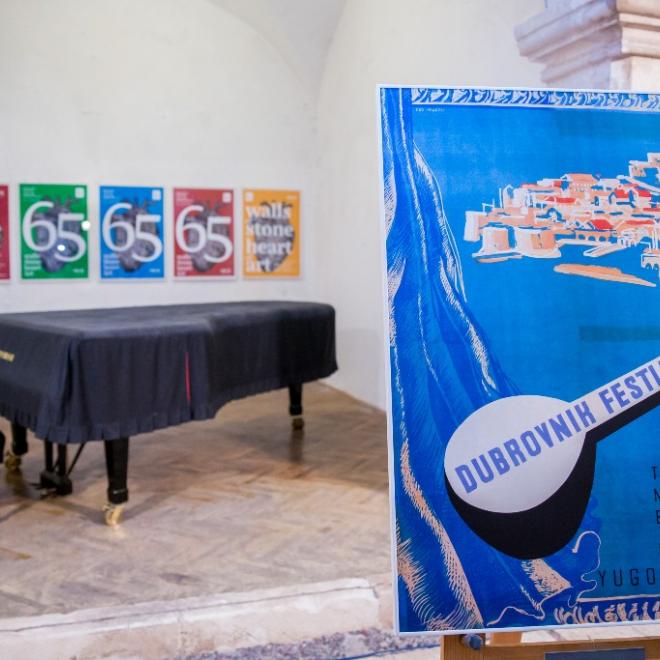 During the 65-year history of Dubrovnik Summer Festival, numerous photographers - some of whom are nowadays unavoidable in the history of Croatian photography such as Tošo Dabac, Đuro Griesbach, Vilko Zuber, Marija Braut, Nenad Gattin, Krešimir Tadić, Slobodan Tadić, Enes Midžić, Pavo Urban, Ana Opalić and Damil Kalođera - have systematically recorded the events which took place at and in connection with the Festival. Although their photographs have frequently been used in the Festival's numerous publications, their authorship has not been indicated, while their names were mentioned only in the impressum.

Renowned artists including Edo Murtić, Fedor Vaić, Branko Kovačević, Ivo Grbić, Edo Kovačević, Tomo Gusić, Luka Gusić, Boris Ljubičić and Orsat Franković have created the Festival’s posters and cover pages, while some of them have been responsible for the entire visual concept of particular Festival seasons. The exhibition aims at acknowledging their importance in the creation of both individual and collective memory during the Festival’s 65 years.

An occasional catalogue including the biographies of the authors will also be published, accentuating their collaboration with the Festival.

The research work for the exhibition is an ideal opportunity to complete the Dubrovnik Summer Festival archives with the digitally processed materials on the Festival from different museums, archives and private collections.