Zagreb Dance Company | Up and Up

Home/ / Zagreb Dance Company | Up and Up 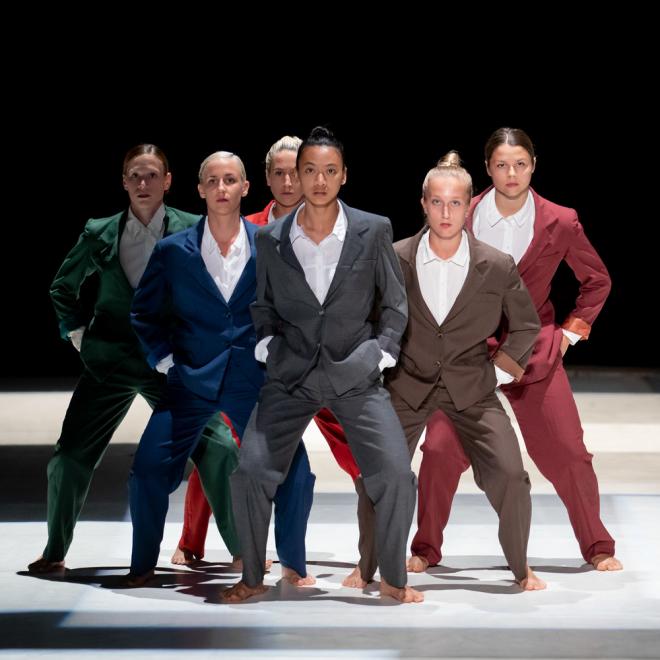 Up. A joint journey, a state of heightened emotions, a thrill. In a joint ritual, six dancers are somewhere up, discovering the joy of belonging to a community and the responsibility of the individual to the community and vice versa.

With its latest production Up and Up, Zagreb Dance Company presents its rejuvenated, all-female team. Up and Up is a piece about a joint journey of six dancers, about a state of heightened emotions, about excitement and thrill of being part of a community. In their joint rituals, they discover the responsibilities of the individual to the community and of the community to the individual. Their dynamic performance presents life connection between the six women, their joint journey and different stops on the way through their dance careers. Their Amazon freestyle moves describe solidarity, courage, resistance, community and individual and group responsibility.

Ferenc Fehér is a Hungarian-born dance artist and choreographer. As a self-taught dancer, he has developed a unique, expressive style that combines street dance, martial art elements and animal movements. He performs his choreographies at dance and theatre festivals worldwide. He has received numerous recognitions and awards, including Special Prize at the 6th Jerusalem International Choreography Competition and Special Mention of the Jury at the 22nd Masdanza International Contemporary Dance Festival for his piece The Station, Best Choreographer Award at the Alef International Theatre Festival in Tabriz for Lift, First Prize at the 16th Contemporary Dance Festival in Veszprém for the piece Morgan and Freeman, Arriaga Prize at the Be Festival in Birmingham and Rudolf Laban Award for Best Contemporary Dance Piece in Hungary in 2010 for Tao Te. He also received the Hungarian Sándor Hevesi Prize, awarded to artists who promote Hungarian theatre abroad. As a pedagogue, he has held workshops in many European countries (the Netherlands, UK, Spain, Poland, Romania, Italy, Bulgaria, Latvia, Russia), Egypt, China, Iran, the United States, South America and Canada.

Zagreb Dance Company was founded by dance artist Lela Gluhak Buneta in 1970 and since 2014 it has been led by producer Petra Glad Mažar. Throughout the years of its existence and under a number of artistic directors, the Company has continuously insisted on original projects, high artistic and performance level and performative power of its members. Collaborations with Croatian and foreign choreographers and pedagogues, as well as various artists from the fields of theatre, music and visual arts, have contributed to the unique ability of the Company to respond to the challenges of different artistic approaches and poetics and improve the level of its productions. Zagreb Dance Company has marked the careers of many Croatian dancers and dance experts who today have successful careers in Croatia and abroad. For its contribution to the development of Croatian theatre, Zagreb Dance Company received the Croatian Theatre Award for Best Choreography (2004, 2012, 2018), Best Female Dancer (2004, 2016), Best Male Dancer (2004, 2006, 2012), Best Stage Design (2006) and Best Dance Production (2008, 2012). Zagreb Dance Ensemble has continuously presented its productions in theatres and at festivals in Croatia and abroad, in nearly all European countries, Russia, Israel, South Korea, Egypt, Dominican Republic and Mexico. Their current repertoire includes Staging a Play: Tartuffe (Matija Ferlin, 2017), Other (David Hernandez, 2018), ESC ROOM (Natalija Manojlović, 2018) and Visible Invisible (Dolma Jover, 2018).