Home/ / DEATH AND THE DERVISH 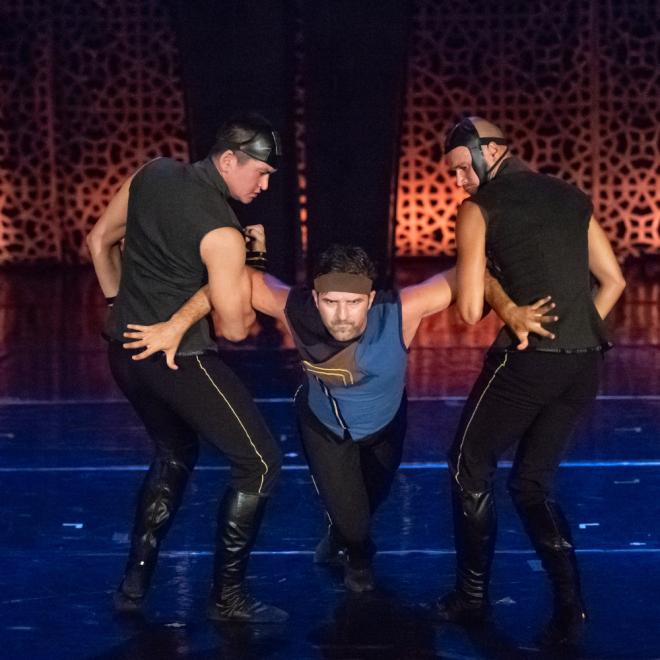 Using the language of dance Igor Kirov captures the world of the metaphysical and mystical novel by Meša Selimović Death and the Dervish, a final day of reckoning where essential questions and answers always remain unattainable.

Although being finite and fragile human beings, we should all be accustomed or susceptible to death, our horizon is regularly blurred or saturated with common and banal. We are awakened only when something essential and fateful happens in us and around us. Miraculous turns and precipitations follow then, front plans and backgrounds are in the vortex formation replacing their places hundreds of times, as we hopelessly stagger off to any solid or permanent support.

This could be written in the summary of the libretto that Saša Dimoski offered to Igor Kirov who used the language of dance to capture the world of the famous Meša Selimović's novel Death and the Dervish. This idea was joined by the music by Goran Bojčevski and the costumes by Aleksandar Noshpal, and of course the soloists and the Croatian National Theatre Split Ballet Ensemble. Perhaps their joint efforts will discourage us to repeat the opening quote of the novel Death and the Dervish: “I call to witness time, the beginning and end of all things - to witness that every man always suffers loss.”